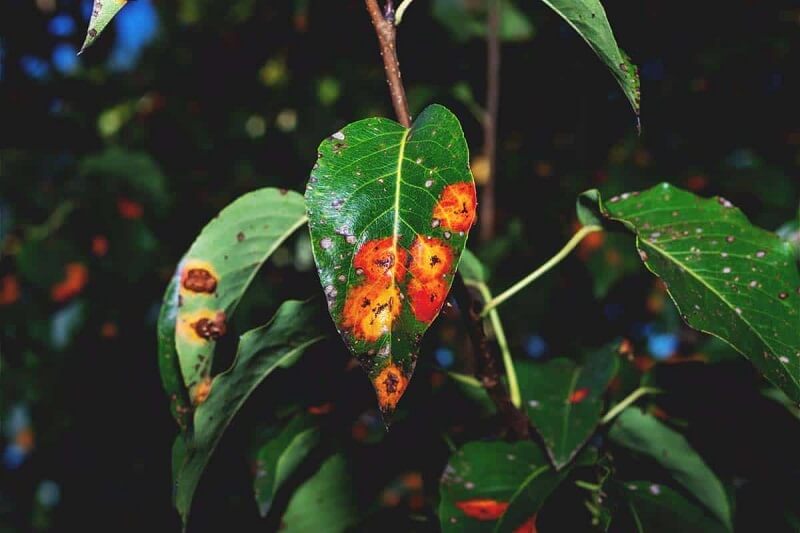 Rust (Botany) in botany, any of a large group of fungi that are parasites on other plants. Rusts attack all parts of a plant, causing a plant disease, also called rust. When attacked by the rust, the affected parts of the host plant develops reddish brown or orange pustular or blisterlike spots and streaks. The disease stunts the plant’s growth and leads to the destruction of the plant.

Rust fungi have tiny threadlike filaments called hyphae. The hyphae enter a host plant through a stomate, or small opening, in a leaf or stern and obtain nourishment from the plant. The rust reproduces through spores, generally borne in an extemal club-shaped structure called a basidium. Autoecious rus ts spend their entire life cycle on a single host plant, while heteroecious rusts require different hosts at various stages of their life cycle.

Most autoecious rusts are not serious economic pests. Two of them, the asparagus rust (Puccinia asparagi) and the flax rust (Melampsora lini), have been largely controlled by the development of species of asparagus and flax that are resistant to rust attack. Many heteroecious rusts, however, cause serious economic losses. One of the most important of these is the so-called stern rust of wheat, or the barberry-wheat rust (P. graminis). 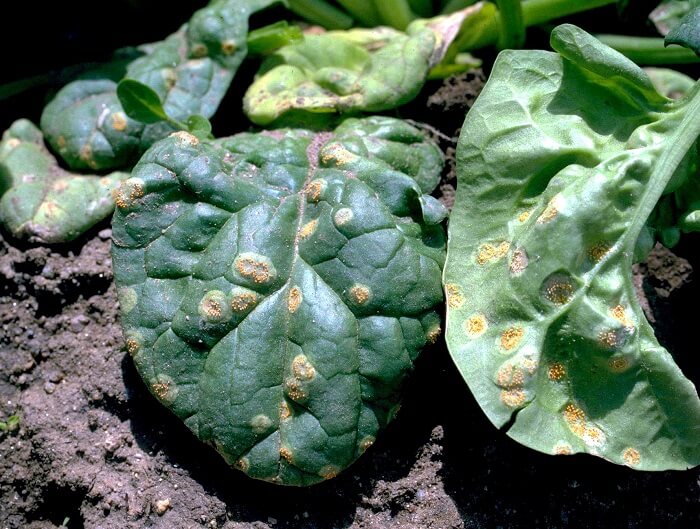 This species parasitizes on the barberry plant for part of its life cycle, causing little or no damage to the barberry, but during another stage of its life cycle, it attacks wheat and some other grains, causing severe damage. Efforts to control this rust have included the eradication of the barberry host and the development through hybridization and selection of strains of wheat resistant to the fungus. Rusts make up the order Uredinales of the class Basidiomycetes of the division Fungi.