Which plants live on deserts? What is the dehdration tolerance, how do they obtain water, the water loss etc.

The world’s vegetation can be divided into three major categories:

These three types of vegetation form a continuum—a gradual change of one into another—in which the larger trees are at one end and desert plants are at the other.

As the vegetation shifts from one type to another, transitional forms are encountered. In the change from forests to grasslands, for example, one transitional form is woodland, where individual trees are separated by expanses of grassy areas. The transitional vegetation between grasslands and deserts, however, is more difficult to define. In essence, as less and less water is available, fewer and fewer kinds of plants are able to adapt themselves to the stresses imposed by aridity. To survive in arid lands, plants must possess adaptations geared to the severely restricted water supply.

Such adaptations may be viewed in terms of (1) tolerance to dehydration, (2) methods of obtaining and storing water, and (3) the prevention, avoidance, or reduction of water loss. 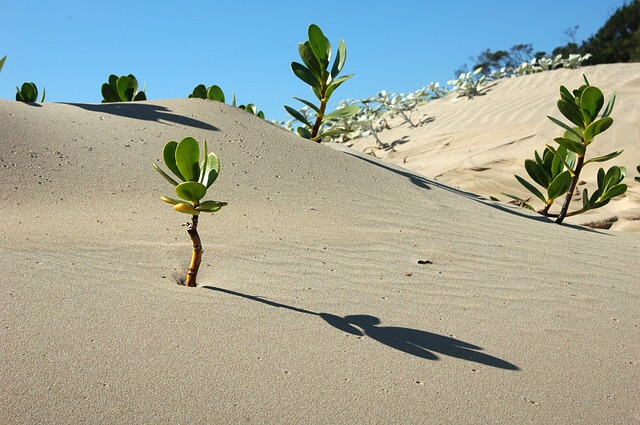 The ultimate water stress suffered by desert plants may be regarded as the dehydration of the protoplasm in the plant’s cells. The tolerance to such dehydration —that is, the amount of water that can be lost at the cellular level before irreversible dehydration and death occur—varies greatly among different species of plants. A number of desert plants display a high tolerance. In the creosote bush (Larrea tridentata) the water content of the leaves may drop to 50% of the leaves’ dry weight, but the plant will recover when adequate water is supplied. In comparison, the water content of leaves of forest trees generally ranges from 100% to 300% of the leaves’ dry weight.

Extensive root systems, presumably even more elaborate than those of plants from areas of higher moisture, are a special feature of arid-land plants. They may be wide-spreading, as in the saguaro cactus (Carnegiea gigantea), or deep-penetrating, as in the mesquite (Prosopis juliflora), whose roots have been collected as deep as 175 feet (53 meters). The effectiveness of these root systems in securing water sometimes results in a markedly uniform spacing between plants, giving them a cultivated appearance. In such instances, each plant, requiring a given amount of soil area for its survival, so thoroughly absorbs the moisture that no other plant can grow near it.

Many desert plants, such as the cacti and agaves, are termed succulents, that is, plants with fleshy tissues used for water storage. Water is stored in the roots, stems, and leaves, from which it can be drawn during periods of no soil moisture. The barrel cactus (Ferocactus wislizeni) stores so much liquid that it has been used as an emergency source of drinking water by Indians and other desert inhabitants.

Water loss in plants is primarily a function of transpiration—an evaporation process that allows water to diffuse from the plant into the atmosphere. Transpiration occurs from the stems and leaves of the plant, with the greatest amount taking place from the pores, or stomata, in the surface layer of the leaves. It is through the stomata that carbon dioxide and oxygen, the gases necessary for the processes of respiration and photosynthesis, pass into and out of the plant. When the stomata are open for the necessary exchange of gases, water from within the plant passes to the outside. Because transpiration is a universal feature, many suggestions have been made as to its value. However, many biologists now believe it has no special value at all: transpiration is simply a necessary evil, a byproduct of the gaseous exchange occurring during respiration and photosynthesis.

In arid lands, water loss from transpiration is a very serious matter. To lessen the extent of this water loss, desert plants often have small, thick leaves, which reduce both the amount of surface area from which evaporation can take place and the amount of cell-wall area exposed to air spaces within the leaves. Another common feature of desert plants is the presence of a thick waxy cuticle (outer covering) on the stems and leaves that retards water diffusion. In addition, downy hairlike growths on the stems and leaves and the placement of the stomata in sunken pockets may also serve to slow water passage. Some plants have the stomata placed only on the underside of the leaf, while others, such as the succulents, may open the stomata only at night during the driest weather. 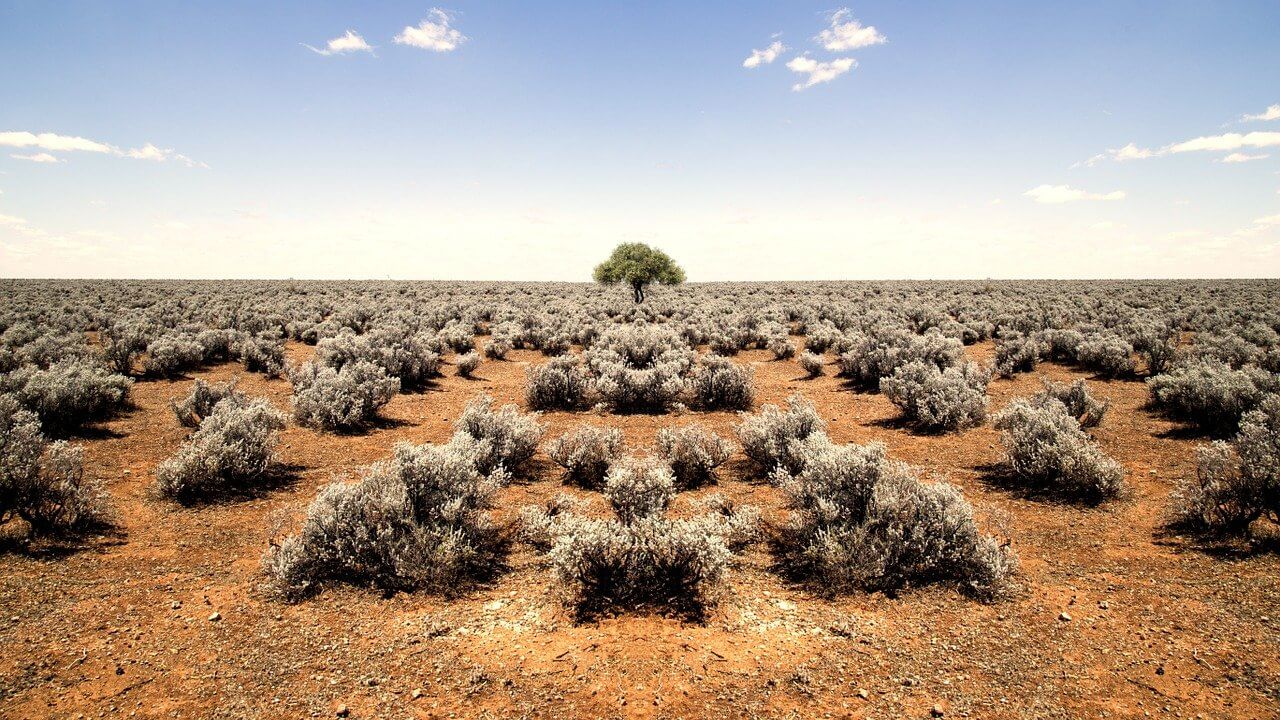 Desert plants are often referred to as xerophytes. This is an ecological description based on the scarcity of water in the plants’ environment. This classification also recognizes hydrophytes, or water plants, and mesophytes, or plants that live on dry land but not in arid places. This terminology reflects the continuum of moist to dry mentioned earlier.

Drought-evading plants are those that conserve the little water available by virtue of their small size and restricted growth. In this category are plants with bulbs or enlarged roots or stems, such as the night-blooming cereus (Peniocereus greggii), which has underground stems up to 85 pounds (38.5 kg) in weight.

Drought-enduring plants are those shrubby plants, such as the creosote bush, which, when soil moisture is absent, cease their growth and shed leaves (the site of greatest transpiration loss) and even portions of the stems (self-pruning). Drought-enduring plants continue to live during the driest season but are very inactive.

Drought-resisting plants include the cacti and other -succulents, in which water reserves are accumulated in the plant’s tissues. 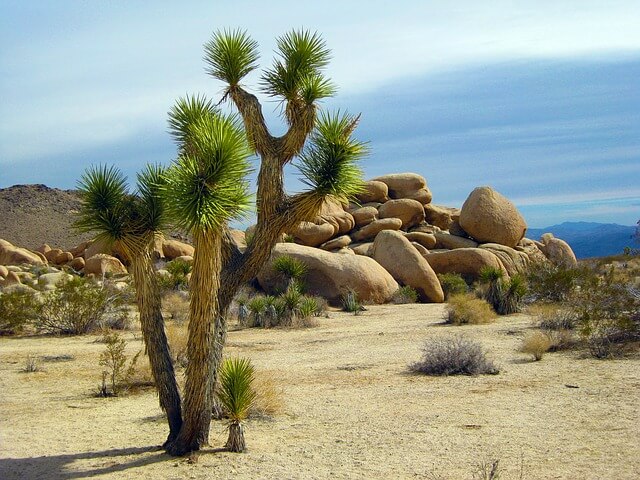 The growth forms of desert plants are quite similar throughout the world, a feature referred to as parallel evolution. This is the result of plants of different families being exposed to similar environment conditions and responding to these conditions in a similar way. Thus certain plants of the spurge family (Euphorbiaceae) and the milkweed family (Asclepiadaceae) from arid lands in South Africa look like and are often mistaken for cacti (family Cactaceae), which are native to the Americas.