What are the characteristics of truffle mushrooms? Information about the living habitat, features and species of truffles

TRUFFLE, any of various fungi whose fruiting bodies—also called truffles—are formed underground and are prized as food delicacies. Truffles contain nearly twice the amount of dietary essentials found in mushrooms. In cookery they are generally used to add flavor and aroma to other foods. 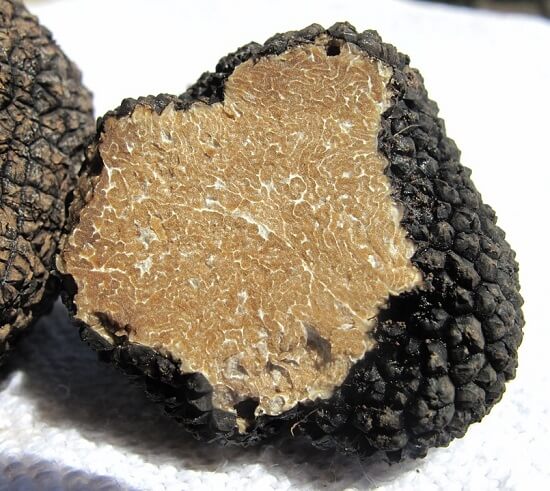 Most prized are the black truffles, which include, first and foremost, Huber melanosporum (the Perigord truffle), used to make pate de foie gras and other delicacies, and T. hrumale, found in the same areas of France and Italy. Other important edible species are T. magnatum, T. aestivum, and T. uncinatum. The white truffle used widely in Italy is Terfezia leonis. In North Africa, species of Terfezia and Tirmania attain a large size and constitute an important food.

As with mushrooms and many other higher fungi, the main body of the truffle is an extensive underground network (the mycelium) made up of threadlike strands (hyphae) of tissue. The edible truffle, like the familiar aboveground mushroom, is a spore-producing fruiting body attached to the mycelium. Truffle fruiting bodies are mostly solid and roughly spherical in shape. 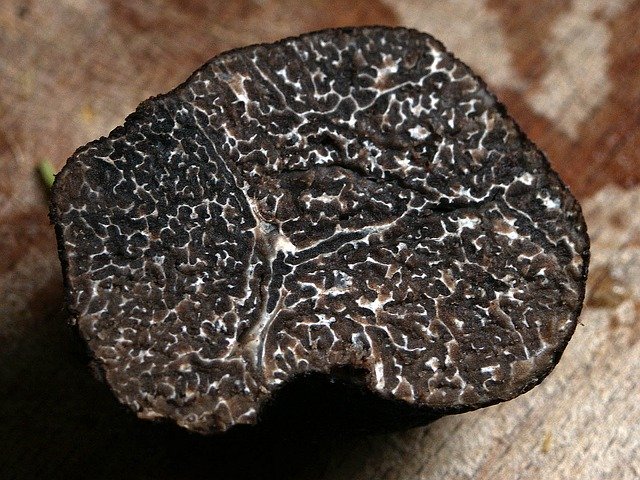 In size they range from that of a pea to that of a potato and in color from black through shades of brown and pink to white. Truffles are found in open woodlands in association with the roots of shrubs and trees, especially oaks and beech. Although they have not been successfully cultivated, the planting of oaks and beeches in suitable areas has resulted in yields of truffles. They are generally harvested with the aid of dogs or pigs trained to locate them by their aroma. 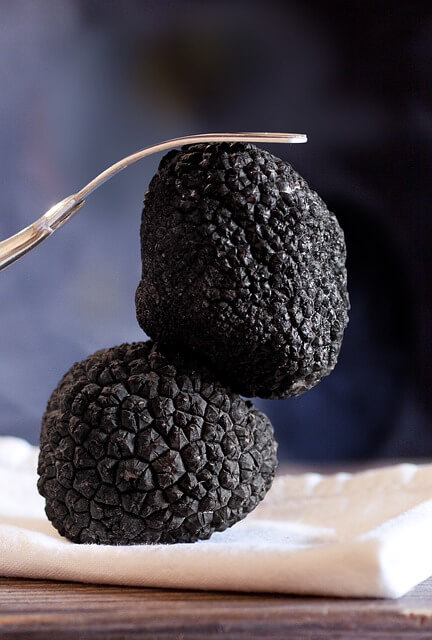 Truffles were known to the Greeks and Romans, but their more recent history dates from the 14th century, when they were reintroduced from Spain. Various species occur in the Mediterranean region and elsewhere in Europe. Their harvest constitutes a significant industry, particularly in France, where 300 to 500 tons are produced annually. Truffles are rarely found in North America. Truffles make up the order Tuberales of the class Ascomycetes.