The planet Jupiter is the fifth planet from the Sun and is two and a half times larger than all the other planets in the solar system combined. It consists primarily of gases and is therefore known as the “gas giant”. 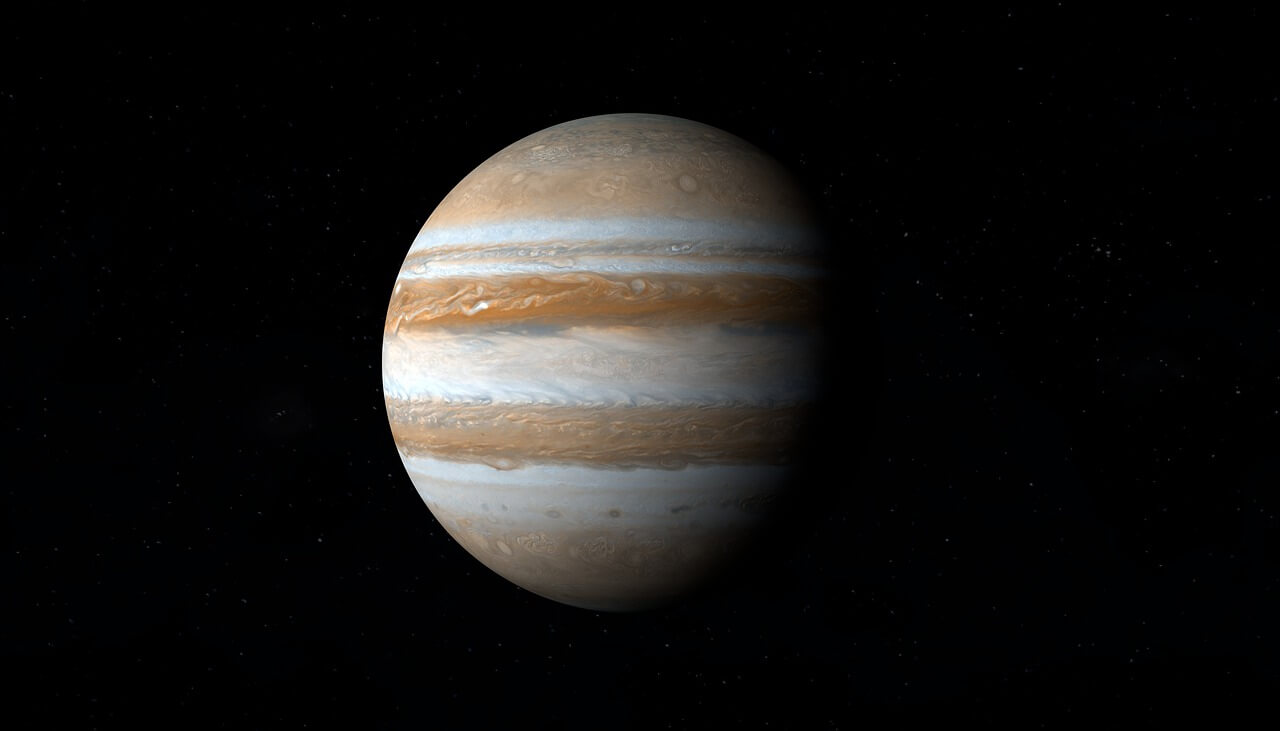 Located 22° south of Jupiter’s equator, the Great Red Spot has been a raging storm for at least 186 years. In fact, top estimates suggest that this red and turbulent storm may have existed for more than three and a half centuries. A giant red dot was seen on Jupiter, from which telescopes began to be used in the seventeenth century. However, it is unknown whether this is the same red spot we see today, or whether Jupiter has had many such storms that come and go over the centuries.

The red dot rotates counterclockwise and takes six (earth) days to fully rotate. Another mystery surrounding the red dot is what makes it red: scientists have put forward several theories (for example, the existence of red organic compounds), but no one knows for sure yet. This will be a question for future astronomy!

Jupiter’s atmosphere is special because it is the solar system’s largest planetary atmosphere. It consists of hydrogen and helium in roughly the same proportions as those found in the sun. However, it also contains much smaller amounts of other space gases such as ammonia, methane, and water. 90% of Jupiter’s atmosphere – a large part – is made up of hydrogen. It would be impossible for humans to breathe in this atmosphere. Therefore, if you are considering traveling to space to do astronomy research, you should wear a breathable suit when visiting this planet.