What are the characteristics of swan? Information about the features, types and living habitat of swans.

SWAN, any of a group of graceful, long-necked waterfowl related to geese and ducks. Like other waterfowl, swans have heavy bodies, short legs, and large webbed feet. They generally are larger than geese and usually have predominantly white plumage. The sex of both geese and swans, unlike ducks, is almost impossible to distinguish.

Swans are good swimmers and graceful in the air, often flying in “V” patterns. They extend their long necks under water to reach aquatic plant materials. Swans normally form lifelong pair bonds and generally nest in marshy areas. In most species the female alone incubates the four to six white eggs, but both parents guard the nest and care for the young.

There are eight species of swans. Along with geese and ducks they are classified in the family Anatidae of the order Anseriformes. Five species are found in the Northern Hemisphere. As juveniles, all have grayish plumage, which becomes entirely white in their adult stage. The mute swan (Cygnus olor), seen in city parks and zoos, has a black knob at the base of its orange bill. Actually, it is not entirely mute but has a hoarse, wheezing voice. Two other species, the fairly common whistling swan (Olor colum-bianus) and the much larger and rarer trumpeter swan (O. buccinator) —perhaps the heaviest flying bird—are found in North America. 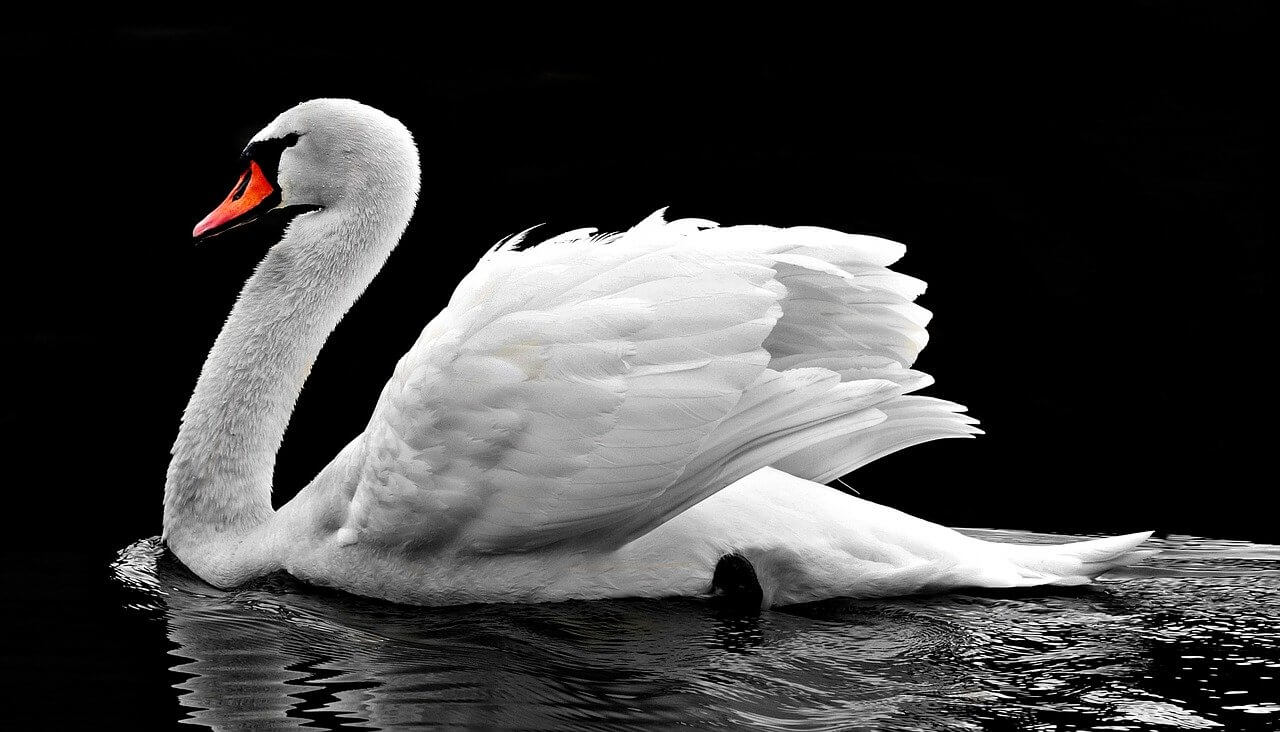 The trumpeter at one time was threatened with extinction, but it now numbers more than 4,000. Most of those found south of Canada are in the Red Rock National Wildlife Refuge near Yellowstone Park. The Eurasian counterparts of these species are the small Bewick’s swan (O. bewickii) and the slightly larger whooping swan (O. cygnus). The Northern Hemisphere species nest in the northern parts of North America and Eurasia and commonly migrate south in winter.

Three species of swans are found in the Southern Hemisphere. These include two relatively small swans—the blacknecked swan (Coscoroba melanocoryphus), which is white except for a black head and neck, and the unusual Coscoroba swan (Coscoroba coscoroba), known for its distinctive “cos-cor-oo-ba” call. The smallest of all swans, the coscoroba weighs only 7 to 8 pounds (3—3.5 kg) at maturity. 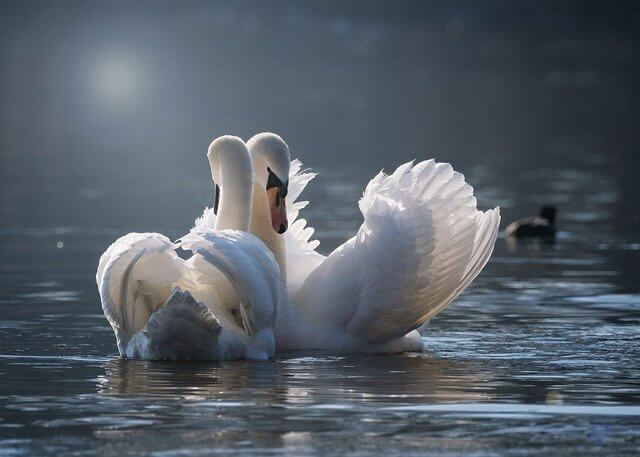 The third Southern Hemisphere swan is the unique black swan (Coscoroba atratus) of Australia. It differs from all other swans in having all black plumage except for all white wing tips.