MAHOGANY, large trees of the genus Swietenia (true mahogany), found in southern Florida, the West Indies, Mexico, Central America, Colombia, Venezuela, and the upper Amazon region. A widely used cabinet wood, mahogany is considered to be the most valuable timber tree in tropical America. It is hard enough to resist abrasion, does not warp readily, is easy to work and to finish, and possesses a beautiful grain and rich reddish brown or golden brown color. Ideal for making veneers, it can take a natural finish or lend itself to a reddish brown stain. Glued joints hold well and the shrinkage factor is low.

Mahogany leaves are compound, with the leaflets arranged in a featherlike (pinnate) fashion on both sides of the stem; the small whitish or greenish flowers appear in a loose, irregularly branched (panicled) cluster; the fruit is egg shaped (ovoid), consisting of five-valved chambers two to six inches long, seeds and valves finally falling away to leave a five-winged receptacle; the bark of the tree resembles that of the elm in having surfaced ridges. 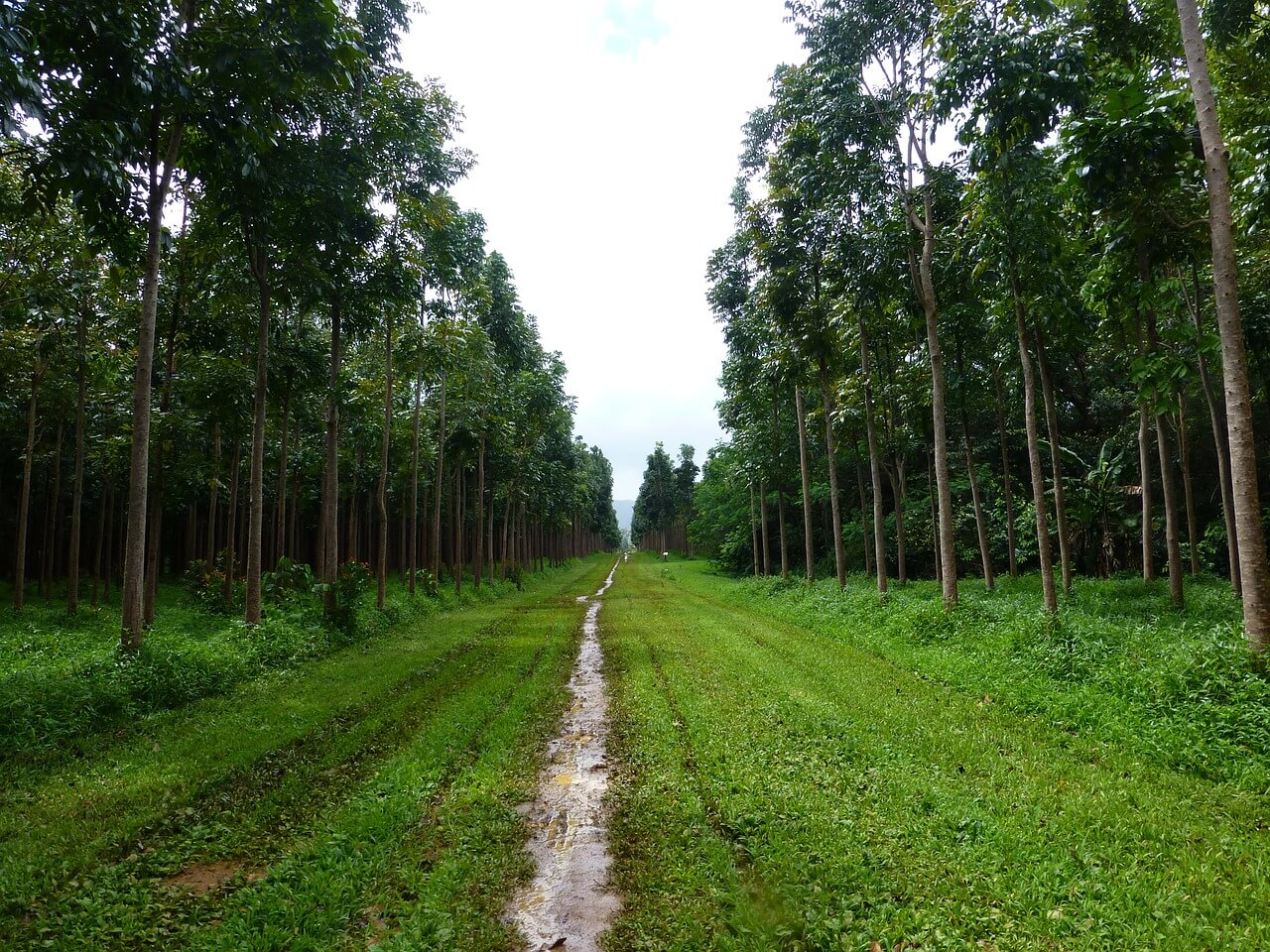 European colonists of the 16th century built elaborate structures of mahogany. The Cathedral of Santo Domingo, completed in 1540, has some of the finest carved mahogany in the world. The American wood was originally classified by dealers into Spanish and Honduras mahogany, the former originating in the Spanish American possessions. The genus was first described by Nikolaus von Jacquin in 1760 as 5″. mahogani, found in the Bahamas. This species also grows in southern Florida and the West Indies. The second species, 5″. humilis, originating in southwestern Mexico, was described by Joseph Zuccarini in 1836. It flourishes in dry areas along the Pacific coast down to Costa Rica. The third species, 5″. macrophylla, was located at Calcutta, India, about 1886. It had originated in Central America anjl thrives in regions of great rainfall from the Yucatan Peninsula to Colombia and Venezuela. A considerable amount also grows in eastern Peru and western Brazil.

African mahogany refers to the genus Khaya. These trees are native to tropical Africa, where they grow in the largest quantities in the rain forest of the west coast. In general appearance and in many characteristics African mahogany is the nearest substitute for true mahogany. The larger pores of Khaya give the wood a coarser appearance. The texture is somewhat softer, and the wood is lighter in weight 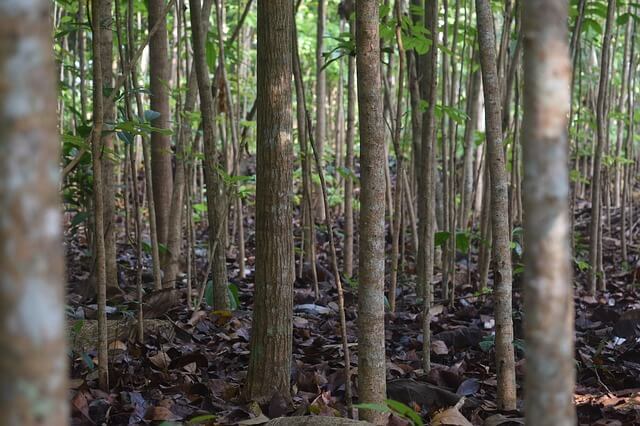 The lauans, trees producing lumber commonly called Philippine mahogany, include a number of moderately light-to-heavy and soft-to-hard woods of the dipterocarp family. These woods resemble mahogany in general appearance and compare favorably in strength,, color, and weight. Red lauan (Shorea negrosensis) has an interlocking grain that often produces a quartered surface resembling a ribbon figure of alternate light and dark stripes. The pores are larger than those of true mahogany. The lauans are said to produce about 95 percent of all export shipments of wood. They are often marketed in the United States as dark red Philippine mahogany. This wood is used in the construction of boats and sailing craft. Because of its large size, it is in demand for outsized planking and for decks.

Spanish cedar (Cedrela odorata) is a broad-leafed wood which is closely related to true mahogany. It is also called cigar-box cedar. One authority divides Cedrelecae into two suborders: Swieteniae and Cedrelae.

Primavera (Cybistax donnellsmithii), sometimes termed white mahogany, belongs to the Bignoniaceae family, which also includes the catal-pas. It grows in Central America and in Mexico, and is often associated with true mahogany, which it resembles even to the conspicuous pores of Swietenia. It differs only in color—the finished wood is a golden yellow. 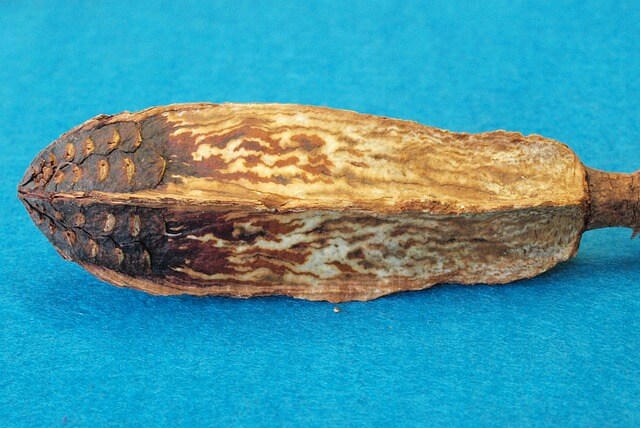 East Indian or Ceylon satinwood is from Chloroxylon swietenia, a relative of mahogany. It is hard, heavy, durable, close grained, brittle and smooth like boxwood. The cream-colored heartwood has a fine satinlike appearance when highly polished. This costly wood is used only in very fine cabinetwork.