What is Green Snake? Where do Green Snake live, what do they eat? Information about features, species of Green Snake. 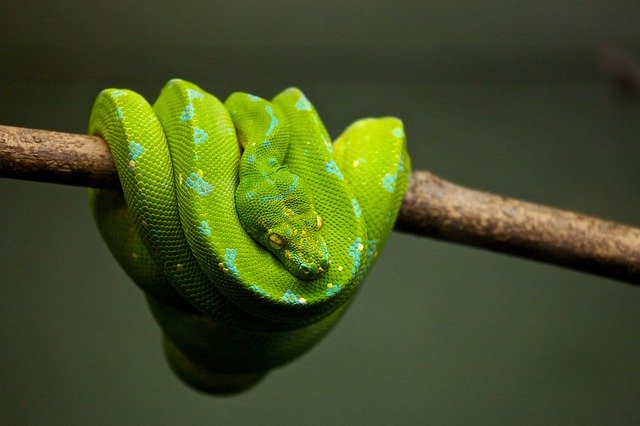 Green Snake, any of a genus of predominantly bright-green harmless snakes. Two species are found in the United States, one in the Yucatán Peninsula of Mexico, and six in Asia. Green snakes are slender; none attains a length of 4 feet (1.2 meters), and most are less than 3 feet (90 cm). They are active during the day and feed on grasshoppers, crickets, caterpillars, and spiders, hunting their prey along the surface of the ground or in low bushes and trees.

The rough green snake (Opheodrys aestivus) of the southeastern United States and eastern Mexico is, perhaps, the most slender of the genus as well as one of the longest, reaching a length of 42 inches (106 cm). It climbs in bushes and is considered rough only because of its keeled scales, contrasting to those of the smooth green snake, its North American relative. 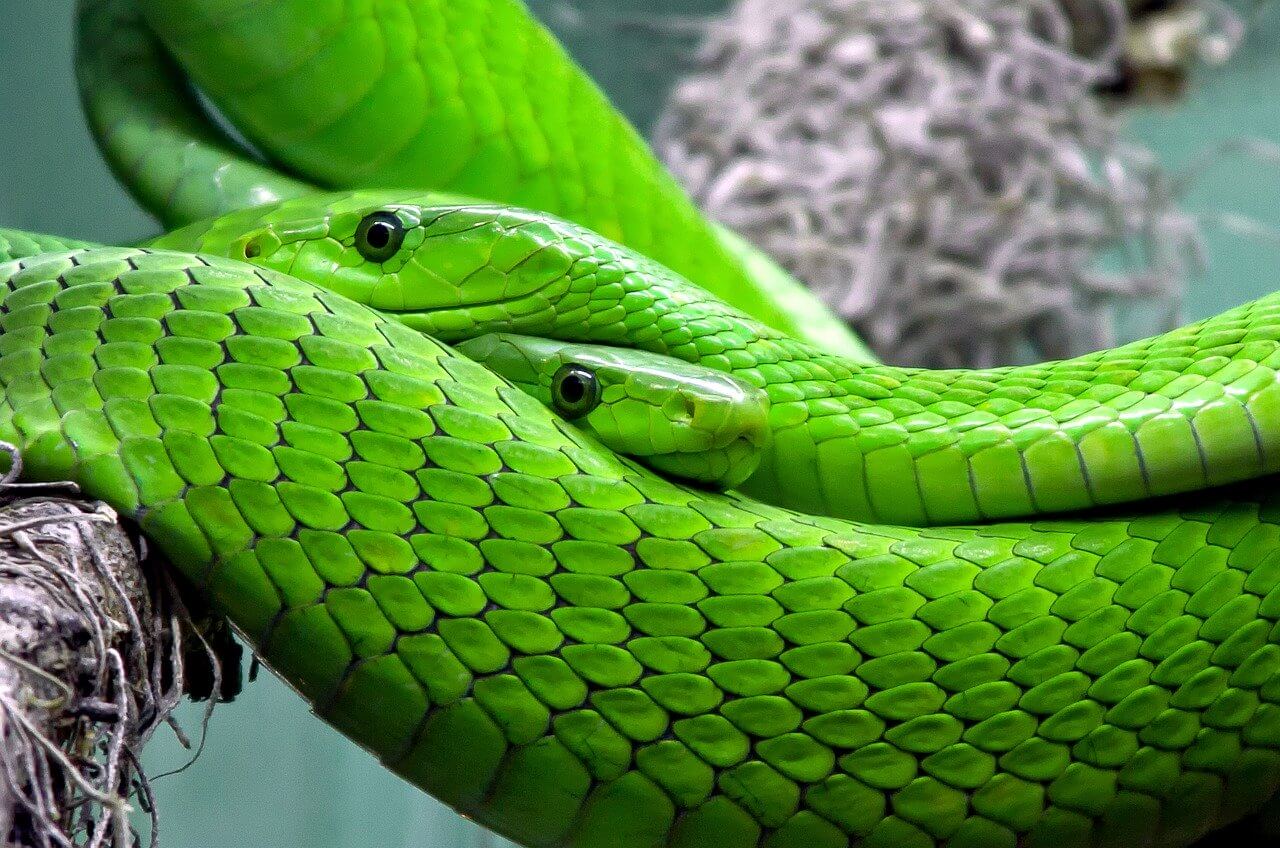 The smaller smooth green snake (Opheodrys vemalis) is found from eastern Canada south to North Carolina and west to central Texas and Wyoming. It inhabits meadows and other grassy areas and shows no inclination to climb. Its smooth glossy scales and bright green color make it one of the most beautiful of American snakes. It is also one of the gentlest, seldom attempting to bite.

Green snakes make up the genus Opheodrys in the family Colubridae.