Where is Golconda? General information about the history and features of Golconda, a fort located in India. 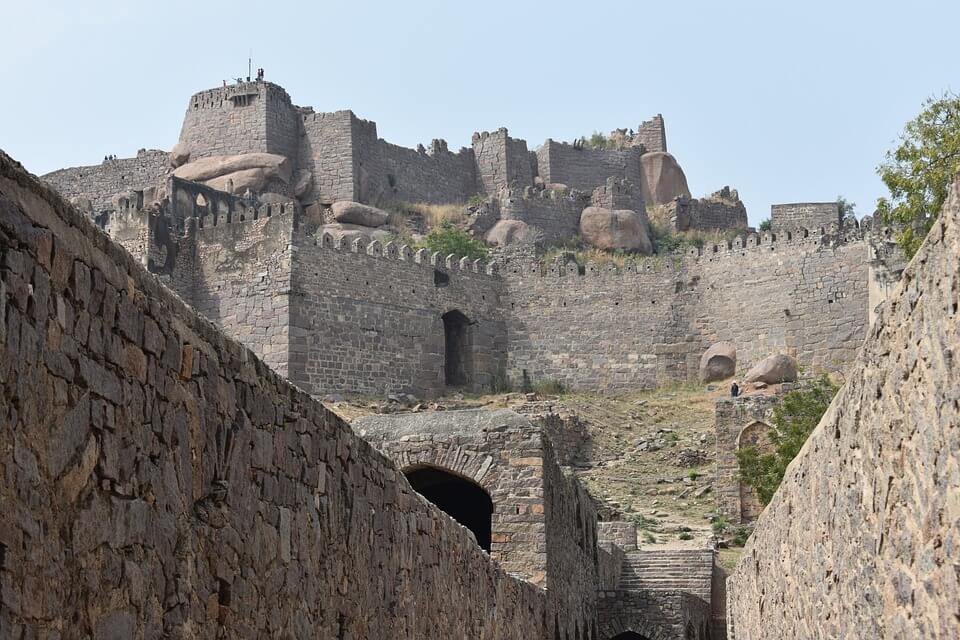 GOLCONDA, was a kingdom in southern India during the 16th and 17th centuries. One of five Muslim sultanates that arose when the Bahmani kingdom broke up, Golconda (also Golkonda or Golkunda) was ruled by the Qutb Shahi dynasty. Its capital at first was the city of Golconda, and later Hyderabad.

The Qutb Shahi dynasty was founded by Quli Qutbul-mulk, a Persian who was governor of the eastern Bahmani province. After declaring himself independent about 1512, he ruled as Quli Shah until 1543. His most important successors were ibrahim Qutb Shah (reigned 1550-1580) and Muhammad Quli Qutb Shah (reigned 1580-1611). The latter, who founded the city of Hyderabad, made it his capital in 1592. The kingdom maintained its independence until 1686, when it was annexed to the Mughul Empire by Aurangzeb.

Although the Qutb Shahi kings were engaged in constant warfare with other Muslim states of the Deccan and with the rulers of the Vijayanagar and Mughul empires, Golconda was a prosperous state. It had a rich agriculture and industries that produced cotton textiles and iron and steel. Golconda was famous for its diamonds; mined near the Krishna River, they were cut, polished, and marketed at Golconda Masulipatam, the chief port of the kingdom, had English and Dutch trading settlements in the 17th century.

The kings of Golconda were Shia Muslims and highly Persianized in their cultural tastes. They were patrons of literatüre and architecture, which developed distinct styles under them. The majority of the people were Hindus who spoke Telugu.

The ruined fortress of Golconda is 5 miles (8 km) west of Hyderabad. Nearby are the tombs of the Qutb Shahi rulers.