What are the purposes and character of english language? Information about the vocabulary, structure, development and uses of basic english.

BASIC ENGLISH, is the product of a new kind of functional thinking about language that shows how we may improve and reshape our linguistic instruments. It is not an invented language but a system of 850 English words, setting up restrictions of its own within accepted English usage, to be used for certain defined purposes. The system was originated and developed between 1925 and 1932 by the English scholar C.K. Ogden, who was director of the Orthological Institute and editor of the International Library of Psychology, Philosophy and Scientific Method.

The primary object of Basic English is to provide an international secondary language for general and technical communication. Its qualifications for this purpose are that it is an undistorted form of what is practically a world language, and that it is simple enough to be quickly and easily learned, yet sufficiently flexible to be adequate for conveying information and expressing ideas. Its systematic character and selectivity make it also an effective introduction to English for the foreign learner, while the principles underlying the limitation of its vocabulary fit it for use as an antidote to confused thinking and verbal abuses by the English-speaking peoples themselves. By implication it is not intended as a substitute for any language or as a literary medium, or for any purposes to which the persuasive and evocative uses of language are appropriate. 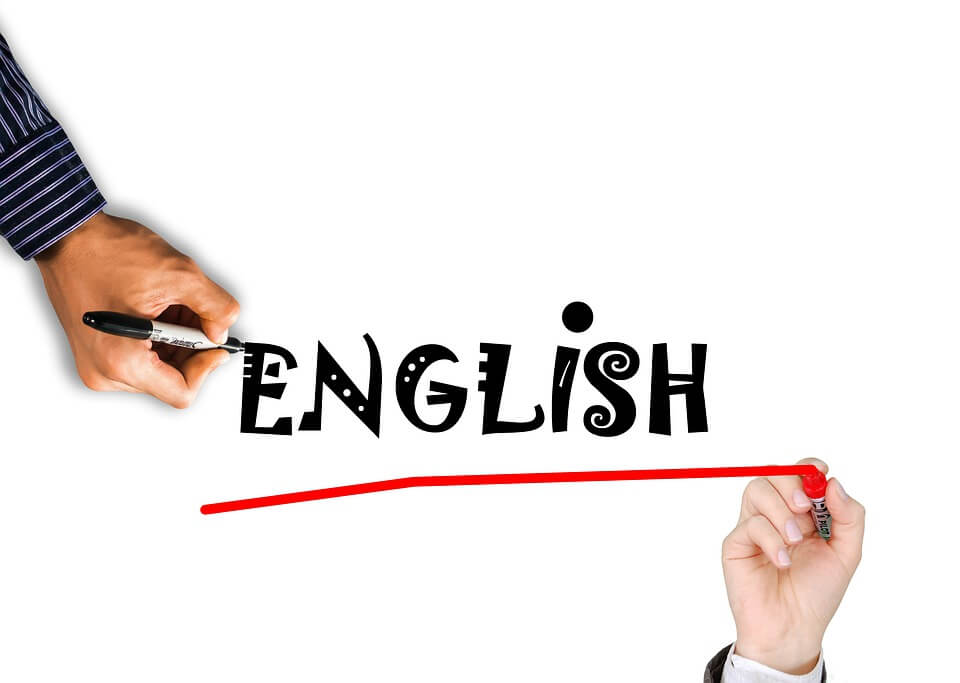 Ogden was indebted to Jeremy Bentham, who studied the question of an international language and invented the word international, for some of the fundamental ideas on which the system is based. Particularly valuable were Bentham’s investigation of linguistic fictions, his analysis of emotive language, and his penetrating observations on the verb.

After the threefold elimination of words which are emotive rather than referential, of literary and stylistic nuance words, and of words used in special contexts not normally coming within the scope of general discourse, it was clear that the vocabulary of the system could be reduced to less than 1,000 words. A first tentative selection of 850 words was revised in the course of an extensive survey of definitions, aided by a specially prepared radial chart of definition routes applying principles set out by Ogden and I .A. Bichards in The Meaning of Meaning (1923). The value of each word had to be tested by its capacity for combining with the other words and fitting usefully into the system. Sort displaced kind, for example, to avoid an unnecessary homophone and because its range of sense could be extended by adding -er, -ing, and -ed. With the exception of names of common objects, all words for which concise definitions could be given with the Basic vocabulary were excluded from the Basic list. Its resources were then further tested by the translation of a wide variety of material from ordinary English.

Although the Basic list contains no words that are not in common use, its composition was not influenced by word counts. It includes many words that are not among the first 4,000 of Edward L. Thorndike’s frequency list, and one (reaction) which is in the ninth thousand. The most remarkable economy effected in the Basic vocabulary is the analytic reduction of the verbs to 16 simple operators (come, get, give, go, keep, let, make, put, seem, take, he, do, have, say, see, send) and 2 auxiliaries (may, will), by relying on combinations formed by these operators with prepositions (go in for enter), with adjectives (get ready for prepare), with nouns (give pain for hurt), and so on. By this means the foreign learner is spared the irregularities of most of the strong verbs and made familiar with an essential feature of colloquial English.

The vocabulary of Basic English consists of 600 nouns (200 of which are names of readily pictured objects), 150 adjectives (50 of which have the mnemonic advantage of being opposites of other words in the list), and 100 structural words, including operators, pronouns, and others. This list is reinforced by 50 nouns that have acquired wide international intelligibility (for example, hotel and radio) and certain systematic additions that do not rank as learning items in the full sense: namely, the numerals, the calendar, and the names of weights and measures and currency. Such are the resources that suffice for ordinary communication. They are not adequate, obviously, for communicating at the levels with which specialists are concerned, and for this purpose supplementary lists of technical terms have to be provided. Thus there are 100 general science words and 50 words for each of the principal sciences, as shown in Basic for Science (1944). The Bible has been translated (The Basic Bible, 1950) with the help of 100 words for verse reading and 50 special Bible words.

Except for the omission of shall and should (which are seldom used as grammar prescribes) and of the obsolescent subjunctive mood, the structural pattern of Basic conforms to that of ordinary English, being only more restricted. The operators and pronouns are conjugated in the normal way. Basic also uses the regular and irregular plural forms, the ordinary degrees of comparison, and the possessive ‘s. In accordance with English usage, the -er, -ing, and -ed endings may be added to 300 of the nouns, and adverbs may be formed from adjectives with -ly. By the exclusion of other terminations many troublesome anomalies for the learner are avoided. Further recommendations restrict the senses of the Basic words and limit their idiomatic use at two levels, the first related strictly to the learner’s needs, the second providing some necessary latitude for the English writer. These rulings, which are essential to an understanding of the system, are found in The Basic Words (1947) and The ABC of Basic English (1944).

Translation into Basic English from full English, or from any other unrestricted language, is of a vertical kind—that is, it involves restatement at a simpler level. It is seldom possible to produce a word-for-word parallel. Words, and sometimes whole sentences, cannot be treated as isolated units of sense. They must be carefully examined in their context, and the whole thought fully grasped. Often the form of the statement must be completely reorganized, and in the process ambiguities may become apparent and have to be resolved. For an English-speaking person the main effort required in learning Basic English is to become proficient in this analytic technique, which makes the translator independent of ready-made synonyms. It is a salutary discipline which promotes the habit of reading for sense and develops interpretative powers.

A comparison of the last clause of the Basic English version of the Atlantic Charter with the original illustrates some of the means by which simplification is achieved:

Eighth [from the original]it is their belief that all the nations of the earth, for material reasons no less than because it is right and good, will, in the end, give up the use of force. Because war will clme again if countries which are, or may be, ready to make attacks on others go on using land, sea, or air power, it is their belief that it is necessary to take away all arms from them till a wider system of keeping the general peace, more solid in structure, comes into being. They will further give their help and support to all other possible steps which may make the crushing weight of arms less for peace-loving nations.

Eighth [in Basic]they believe all of the nations of the world, for realistic as well as spiritual reasons, must come to the abandonment of the use of force. Since no future peace can be maintained if land, sea or air armaments continue to be employed by nations which threaten, or may threaten, aggression outside of their frontiers, they believe, pending the establishment of a wider and permanent system of general security, that the disarmament of such nations is essential. They will likewise aid and encourage all other practicable measures which will lighten for peace-loving peoples the crushing burden of armaments.

Basic English has never been exploited on purely commercial lines. In spite of severely limited finances, its practitioners retained the scholarly direction that gave full scope to experiment and research, and Basic English made rapid international progress in the 1930’s. It soon attracted the attention of educators and administrators in many parts of the world, and it established itself with great promise in countries with different educational outlooks, as, for example, in China, India, and Greece.

This international development was interrupted by the war, but Winston Churchill’s address at Harvard University on Sept. 6, 1943, revealed that he had not overlooked the relevance of Basic to postwar planning and reconstruction. Subsequently the system received a measure of British governmental support and some temporary financial assistance, but this was insufficient to enable it to be promoted on a scale that would relieve it of the need for endowment. As a result, the early postwar history of Basic English was one, vof developing potentialities rather than of fulfilling them. Nevertheless, Basic provided the means of teaching the elements of English to some hundreds of thousands of emigrants to Commonwealth countries. A request for Basic textbooks by the Indian army and the use of Basic by NATO in the preliminary training of French air crews were possible indications of further developments, for the problems of communication posed by the growth of international agencies and the world’s increasing technological interdependence are of a kind which Basic is peculiarly fitted to solve. A further impetus was given to the study of English by the national emergence of the Eastern peoples and their reliance on technical assistance from the West. In countries such as India, Ceylon, Indonesia, Burma, Japan, and the Philippines, dissatisfaction with the old methods of teaching English, whose strong literary bias is quite unsuited to contemporary needs, led teachers to examine Basic and press for its introduction in the schools.

Although Basic English is not just an English course, or even a method, but a language in itself, it is associated with certain teaching principles which are essential for its easy assimilation. These concern the proper grading of the material presented to the learner-the relating of expanded senses to root meanings, the logical building up of constructions, and so on. These teaching principles are developed most fully in The Basic Teacher, a textbook for European adults. They have been applied to the preparation of an introductory oral course commissioned for use in Gambia, where children are taught English in the schools before they are fully literate. Teaching aids of many kinds have also been developed, including a set of wall pictures embodying new techniques of visual presentation. The teaching principles first developed in connection with Basic English have profoundly influenced studies on the teaching of English as a foreign language by focusing attention on vocabulary control and scientific grading. Whether the diffusion of these Basic teaching concepts would prepare the way for the wider diffusion of the system itself remained to be seen, but improved methods of teaching are not a substitute, and no alternative to Basic English had appeared by the mid-1960’s.