What does douglas fir plant look like? Information about the features and facts about douglas fir tree. 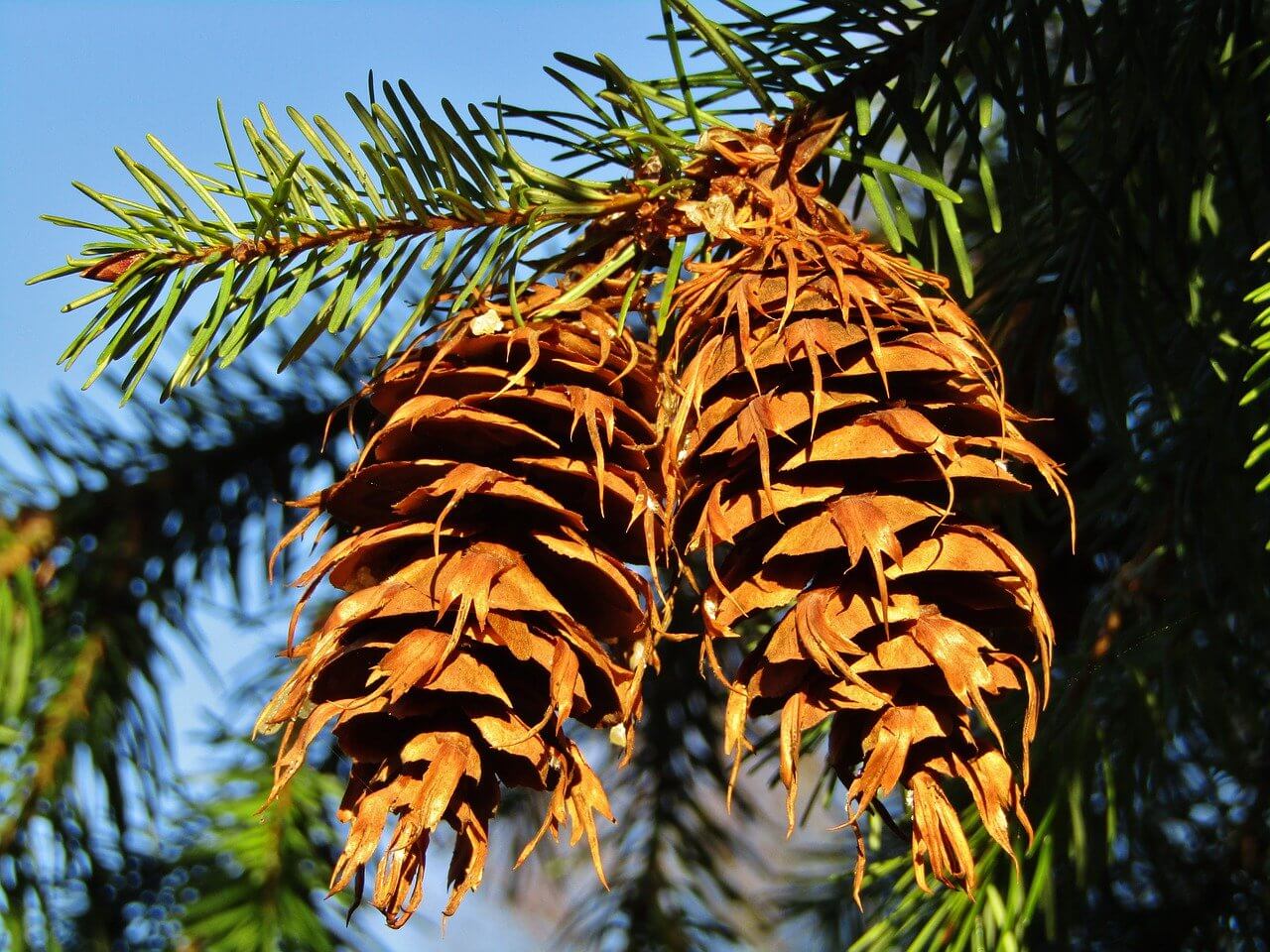 Douglas Fir; a graceful, cone-bearing tree, frequently 200 feet (60 meters) tall, with a trunk measuring 12 feet (3.5 meters) or more in diameter. The Douglas fir (Pseudotsuga taxifolia), a member of the pine family (Pinaceae), is naturally distributed from British Columbia south through the Rocky Mountains to western Texas and northern Mexico. It is found from sea level to elevations above 11,000 feet (3,300 meters). The Douglas fir is often planted in the northern and eastern United States for the beauty of its form and has been introduced into Europe.

The red-brown bark of mature trees is up to 12 inches (30 cm) thick and is divided into large, ridged, oblong plates. The wood is soft and red or yellow in color, with an almost white sapwood. It is variable in density and quality, but it is one of the most important woods in the United States, especially in the Northwest, where it is used for construction lumber, fuel, rail ties, and pilings. The bark is sometimes used for tanning leathers. 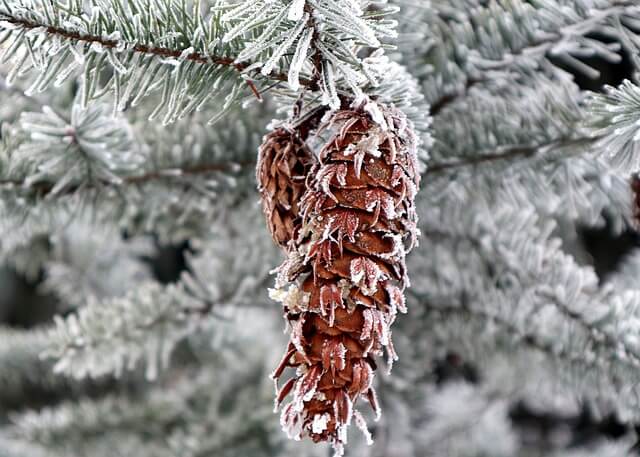 The horizontal branches and their pendulous branchlets are densely clothed with spirally arranged needle leaves, spreading into two opposite rows. The straight, linear, blunt-tipped needles are up to 1 1/4 inches (3 cm) long and about 1/16 inch (1.5 mm) wide and are usually dark yellow-green in color. The male (staminate) and female (pistillate) reproductive parts occur in separate, drooping flower cones on the same tree: the staminate cones are orange-red; the pistillate cones, reddish. The flower cones mature into woody fruits with rounded scales, which are dark blue-green on the underside, purplish toward the tips, and bright red along the edge. Three-pointed bracts project as much as inch (13 mm) from between the scales. The seeds are about 1/4 inch (6 mm) long, with a light brown-red wing that catches air currents for dispersal of the seed. 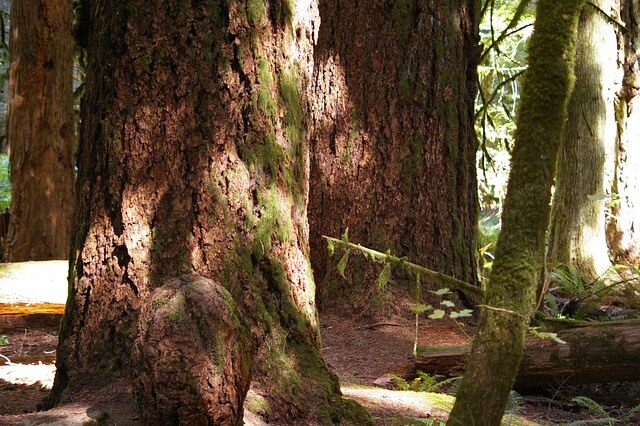 Because of its symmetry and rapid growth, the Douglas fir is widely planted, thriving best in a porous, sandy loam. Unlike the spruces, which it resembles in cultural requirements, it usually should be planted in groups because the soft, thin needles are easily broken and dessicated by hot winds. The Douglas fir’s many fibrous roots suit it well for transplanting, even when the tree is of considerable size, as well as for growth in shallow soils. Seeds for planting should be collected at maturity and, after overwintering, set first in beds or flats and then into nursery rows. Seeds from trees on the Pacific slope produce plants subject to frost damage, but trees from high elevations bear cold-resistant seeds. Layering and grafting are used to propagate unusual varieties and forms.