What is a cutworm look like? Information about the types, characteristics and facts of Cutworms. 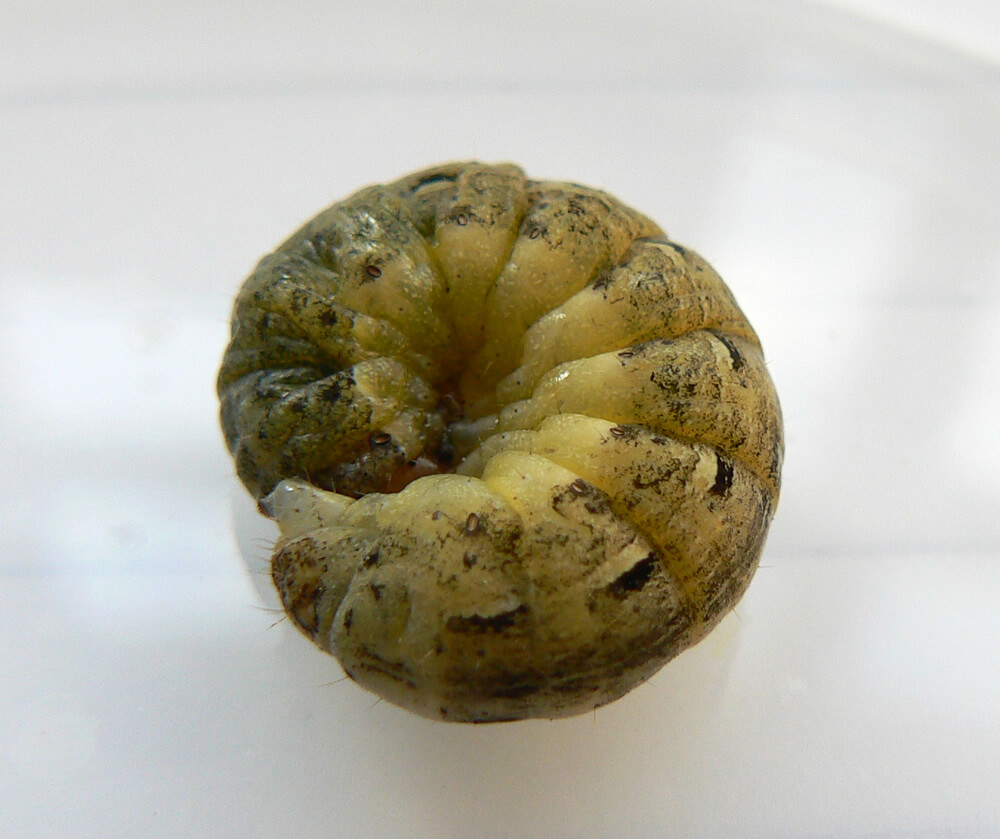 Cutworm; any caterpillar that destroys plants by cutting off the stems at ground level or slightly below ground level. Some cutworms, called climbing cutworms, climb plants and feed on the foliage and fruits. Others, called army cutworms, occur in large numbers, devouring most plants in their line of march.

All types of cutworms abound in temperate and tropical regions of the world where the conditions are favorable for plant growth, especially grass plants. When meadows and pastures are plowed and used for raising row crops, such as corn, cotton, cabbage, tobacco, and tomatoes, serious damage may result from cutworm infestation. Fields of barley, oats, rye, and wheat are often damaged by army cutworms.

Cutworms vary greatly in size according to species, some reaching a length of more than 2 inches (50 mm). Most often they are shades of green, brown, gray, or black, with some striping or spotting. The adults are moths with a pair of dark fore wings sometimes patterned with lighter shades of brown or gray and a pair of lighter-colored hind wings. They have sucking mouth-parts and feed on flower nectar and sap from plant wounds. The moths feed primarily at dusk and do not damage crops.

Cutworms belong to the family Noctuidae of the order Lepidoptera. Among the most troublesome species in North America are the granulate cutworm ( Feltia subterranea ), the black cutworm (Argotis ipsilon), the variegated cutworm (Pendroma saucia ), and the army cutworm ( Chorizagrotis auxiliaris ).