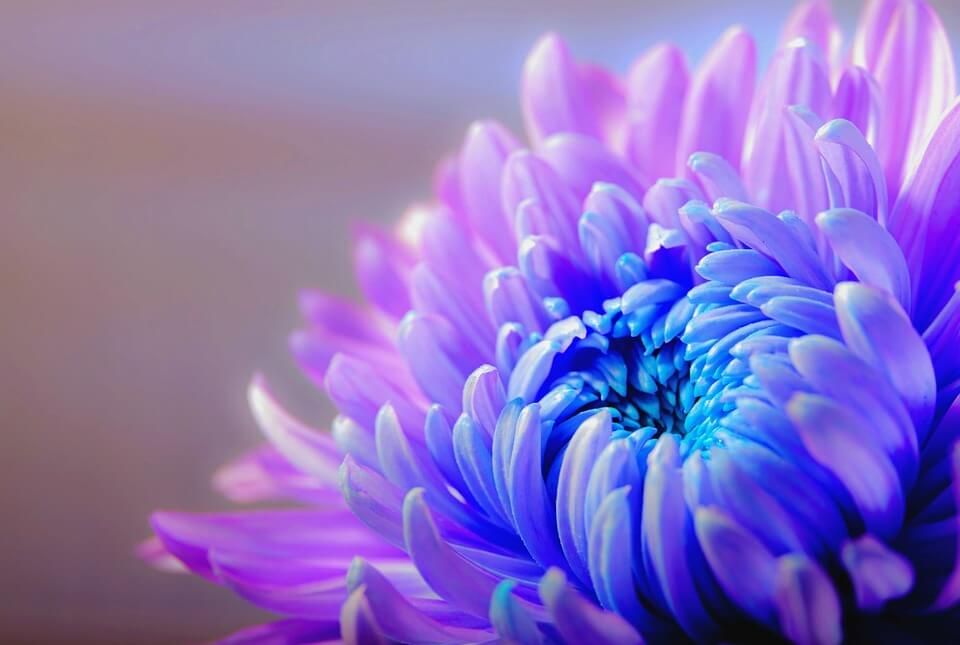 CHRYSANTHEMUM, a large genus of annual and perennial plants native to temperate regions, mostly in Europe and Asia. Generally, chrysanthemums have alternate, strongly-scented leaves and flower heads consisting of fertile disk flowers in the center and petal-like ray flowers around the outside. Some species have been cultivated for so many centuries that their central flowers have become modified in size and shape so that they resemble the ray flowers. It is these species, with their huge ball-like flower heads that are widely cultivated in gardens and sold by florists.

Although many species, including the feverfew (Chrysanthemum parthenium), the common field daisy (C. leucanthemum), and the Shasta daisy (C. maximum) all belong to the genus Chrysanthemum, the term “chrysanthemum” in popular usage refers only to the large-flowered types, especially those with similar ray and disk flowers. One of the best known of these species is the florist’s chrysanthemum (C. morifolium), which originated in China, and whose flower heads range in color from white and yellow to pink and red. Sometimes the flower heads are solid colors, but often they are combinations of colors or varying shades of the same color.

The many different varieties of the florist’s chrysanthemum and other popular species are divided into several classes. The most important of these classes are: the exhibition types, whose ball-like flower heads are 6 inches (15 cm) in diameter; the so-called decoratives, with reflexed (backward-bending) petals and flower heads from IV2 to 4 inches (3.8 to 10 cm) wide; the singles, with flower heads resembling those of daisies; the semidoubles and anemones; the pompons, with spherical flower heads not more than 4 inches (10, cm) in diameter; the spoons, which have spoon-shaped ray flowers; the azaleamums, or cushion types, which are dense, dwarfed plants bearing many flower heads; and the cascades, which have weak stems and can be trained to grow downward if they are cultivated properly. 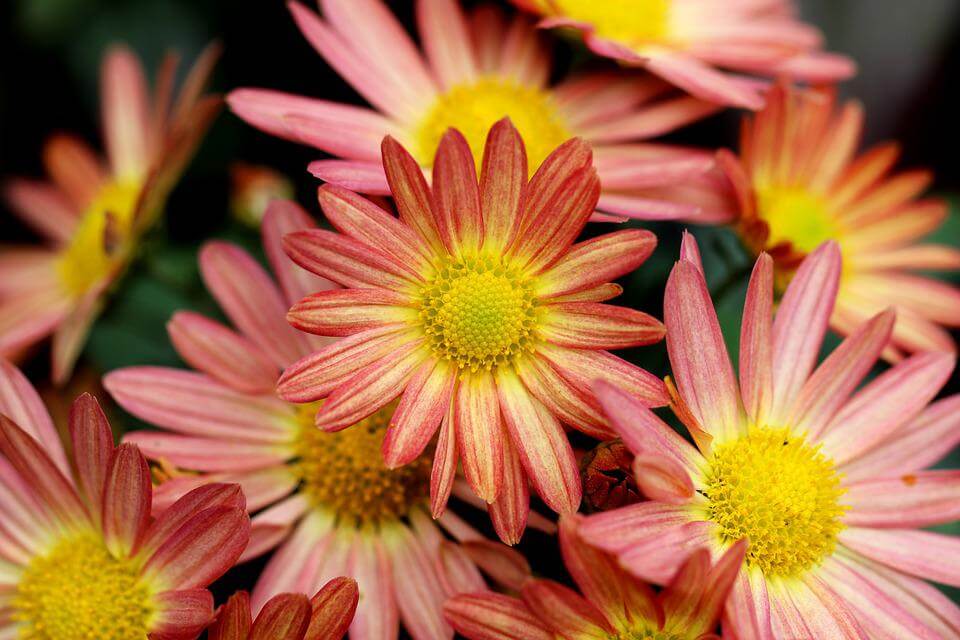 Garden chrysanthemums are hardy in the northern United States, but often they bloom so late in the fall that the flower buds are frozen before they blossom. In the central states they are also hardy, but sometimes they need to be covered with a cloth at night to protect them from the frost.

Chrysanthemums are propagated by cuttings or by merely dividing the plants after they have finished blooming. The pinching back of young shoots is essential for making bushy plants, the end buds being removed several times until July. Although chrysanthemums are all fall-blooming plants, they may be forced to bloom early by completely covering them in late summer with black cloth. Commercial chrysanthemum growers have perfected this technique so that they can produce blooming plants at almost any time of the year.

The chief insect pest of chrysanthemums is the aphid, which usually attacks greenhouse plants, not those grown outdoors. The chief plant diseases are wilt disease, leafspot, mildew, and a virus disease that stunts the plants’ growth. However, chrysanthemums are actually very easy to grow and can be kept in good condition by lifting and thinning the clumps every few years.