Apricot; a fruit-bearing tree native to China. It was brought to Europe in the time of Alexander the Great and now is cultivated also in the United States and Canada.

The apricot fruit resembles the peach in form but is less fuzzy or hairy; it has a characteristic orange skin color. Cultivated forms ripen earlier than cultivated peaches and plums. Most of them are orange-fleshed, but a few are white-fleshed. Most varieties also are less juicy but more highly flavored than the peach. The apricot stone or pit is generally smooth but prominently furrowed, like that of the plum. The kernels of most apricots are bitter. 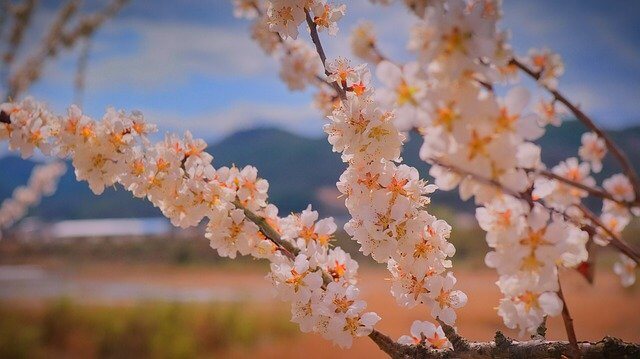 As an ornamental tree, the apricot is notable for its dark-green, luxuriant foliage and its attractive white blossoms. The apricot blossoms earlier in the spring than the peach and most plum species, and later than the almond.

A good crop is obtained in areas where late frosts are unusual and in higher sites where air drainage ( flow of cold air to lower areas) is excellent. Best results are obtained in loam soils suited for the apple. The land should be situated on the downwind side of a large body of water or at higher sloping elevations that face north. The trees are set about 20 feet (6 meters ) apart and cultivated like the peach. However, since the fruit-bearing habit is similar to that of the plum, the trees are pruned as plum trees are.

When properly managed and grown under favorable conditions, an apricot tree produces about as much fruit as a peach tree does. Systematic thinning is necessary to obtain large fruit size and to prevent alternate-year bearing.

The annual apricot production in the United States is valued at more than $25 million and averages close to 200,000 tons. Over 90 percent of the output comes from California. Washington and Utah produce nearly all the remaining tonnage. About 65 percent of the total production is canned, 20 percent dried, 10 percent marketed fresh, and 5 percent frozen.

The apricot belongs to the rose family, Rosaceae. Its genus is Prunus. P. armeniaca, consisting of the botanical varieties mandshurica and sibirica, is the common apricot and contains all commercial cultivated forms. Other apricot species are the Japanese apricot ( P. mume ), which has striking, double flowers; P. brigantina; and P. dasycarpa (probably an apricot-plum hybrid) and other plumcots. 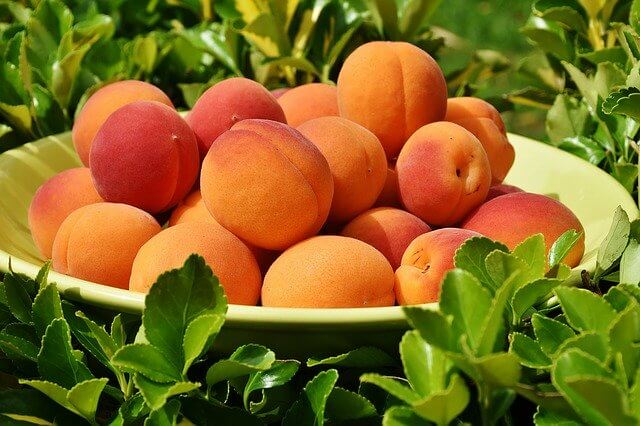 Canned apricots require heavy syrup to balance high acidity and astringency. Much of the fruit is canned whole, without peeling. In some fancy packs, the fruits are lye-peeled and thoroughly washed before canning. Nearly all dried apricots are marketed as halves.