Charles Ignatius Sancho (c. 1729? – December 14, 1780) was a British composer, actor, and writer. He is the only Briton of African descent known to have been eligible and voted in the 18th century general election through property ratings.

He gained fame in his day as “the extraordinary Negro,” and to 18th century British abolitionists he became a symbol of the humanity of Africans and the immorality of the slave trade. The Letters of the late Ignacio Sancho, an African, edited and published two years after his death, is one of the first accounts of African slavery written in English by a former slave. 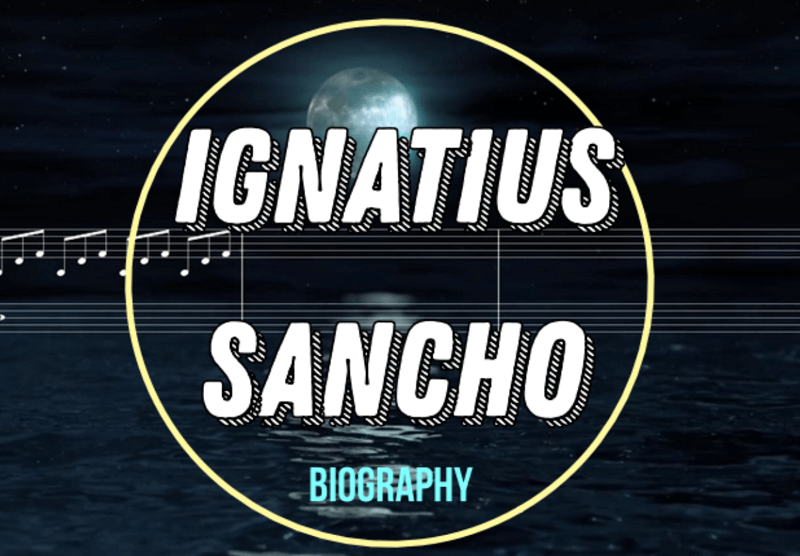 Charles Ignatius Sancho was born on a slave ship that crossed the Atlantic Ocean, in what became known as the Middle Passage. His mother died shortly after in the Spanish colony of Nueva Granada, corresponding to present-day Colombia, Ecuador, Panama and Venezuela. His father reportedly took his own life instead of living as a slave. Sancho’s owner took the orphan, barely two years old, to England and gave him to three unmarried sisters who lived together in Greenwich, where he had lived since ca. 1731 to 1749.

John Montagu, 2nd Duke of Montagu (of the first creation) (1690-1749), impressed by Sancho’s intellect, frankness, and kindness, not only encouraged him to read, but also lent him books of your personal library. at Blackheath. Sancho’s informal upbringing made his lack of freedom in Greenwich unbearable, and he escaped to Montagus in 1749. For two years until his death in 1751, Sancho worked as butler to Mary Montagu (née Churchill), Duchess of Montagu, in Montagu. House, where he flourished by immersing himself in music, poetry, reading, and writing. On his death in 1751, he received an annuity of £ 30 (around £ 7000 in 2020) and a year’s salary.

In 1768, Thomas Gainsborough painted a portrait of Sancho at the same time that the Duchess of Montagu posed for her portrait of the artist. By the end of the 1760s, Sancho had already become an expert and many considered him a refined man.

In 1766, at the height of the slavery debate, Sancho wrote to Laurence Sterne encouraging the famous writer to use his pen to lobby for the abolition of the slave trade.

That subject, handled in its conspicuous way, would ease the yoke (perhaps) of many, but even if it is only of one, God of grace!

In July 1766, Sancho’s letter was received by the Reverend Laurence Sterne shortly after he had just finished writing a conversation between his fictional characters, Corporal Trim, and his brother Tom in Tristram Shandy, in which Tom described the oppression of an African servant in a sausage shop in Lisbon. who had visited. Laurence Sterne’s widely publicized response on July 27, 1766 to Sancho’s letter became an integral part of 18th century abolitionist literature. 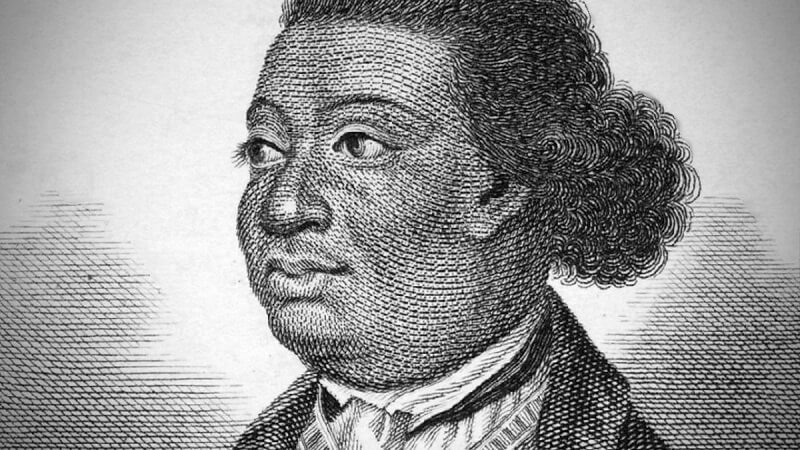 There is a strange coincidence, Sancho, in the small events (as well as the great ones) of this world: because I had been writing a tender account of the pains of a poor, friendless black woman, and my eyes had hardly finished. It hurt me when I got your letter of recommendation on behalf of so many brothers and sisters — but why their brothers? “Or yours, Sancho!” more than mine? It is by the finest tints, and the most insensitive gradations, that nature descends from the most beautiful face of St. James to the most sooty complexion of Africa: in which shade of these, is it, that the ties of blood must cease? ? And how many shadows must we lower the scale even further, so that pity fades with them? But it is not uncommon, my good Sancho, for one half of the world to use the other half as brutes, and then strive to do so “.

Following the publication of the Sancho-Sterne letters, Sancho became widely known as a man of letters.

Sancho, an African participant and voter in Westminster, noted that despite being in Britain since the age of two, he felt “just a tenant, and hardly that.” In other writings he describes: “I went for the water – I had a coach at home – they were watched – followed, etc., etc. – but they did not abuse much.” On another occasion, he writes: “They stopped us in the village and insulted us in the most generous way.”

In 1774, with the help of Montagu, Sancho, who suffered from health problems due to gout, opened a grocery store offering products such as tobacco, sugar and tea, at 19 Charles Street in Mayfair, Westminster, London. . These were goods then produced mainly by slaves.

As a merchant, Sancho enjoyed more time to socialize, correspond with his many friends, share his enjoyment of literature, and his store had many visits. He wrote and published a Theory of Music and two plays. As an economically independent family man living in Westminster, he qualified to vote in the parliamentary elections of 1774 and 1780; he was the first person of African descent known to have voted in Britain. At this time he also wrote letters and in newspapers, under his own name and under the pseudonym “Africanus”. He supported the monarchy and the British forces in the American War of Independence.

His acquaintances included such celebrities as Thomas Gainsborough, Shakespearean actor David Garrick, violin virtuoso Felice Giardini, preacher Dr. Dodd, renowned sculptor Joseph Nollekens, and novelist Laurence Sterne. Nollekens gave Sancho a plaster model of his c. 1766 Marble bust of Laurence Sterne (National Portrait Gallery, London). Sancho welcomed many prominent visitors to his shop, including statesman and abolitionist Charles James Fox PC (1749–1806), who successfully led a resolution in Parliament pledging to abolish the slave trade. He oversaw an overseas slave trade bill in the spring of 1806 that prohibited British subjects from contributing to the slave trade with the colonies of British enemies in wartime, thus eliminating two-thirds of the slave trade that passed through British ports.

Ignatius Sancho died of the effects of gout on December 14, 1780 and was buried in St Margaret’s Cemetery, Westminster. There is no monument in the church, as the grave stones (which were flat) in the cemetery were covered with grass in 1880 and no inscription for it was found when a record of the extant epitaphs was made.

He was the first known person of African descent to receive an obituary in the British press.

Letters from the late Ignacio Sancho

While his correspondence often included domestic matters, he also commented on political and literary life in 18th century Britain, one of his most famous letter series includes eyewitness accounts of the Gordon riots in June 1780 The enraged crowd passed outside his store on Charles Street. The protest that began when Protestants protested the parliamentary extension of the voting rights of Roman Catholics turned into a violent mob of 100,000 looting and burning parts of London.

There are at this moment at least one hundred thousand poor, miserable, ragged mobs, aged 12 to 60, with blue cockades on their hats, plus half the women and children, all parading through the streets, the bridge, the park, ready. for each and every mischief. God of grace! What happens now? I was forced to stop: the screams of the mob, the horrible clash of swords, and the disorder of a crowd in the fastest movement lured me towards the door, when everyone in the street was busy closing the shop. Now it’s only five o’clock: Ballad singers are depleting their musical talents with the fall of popery, Sh and Nh, Lord Sh narrowly escaped with his life about an hour since ‘the crowd seized his chariot going to the home, he broke his glasses and, in fighting to get his lordship out, his face was somehow cut off.

In 1782 Frances Crewe, Sancho’s correspondent, arranged for 160 of his letters to be published in two volumes entitled The Letters of the Late Ignacio Sancho, an African. The book sold very well, with more than 2,000 subscribers. Her widow received in royalties more than £ 500, equivalent to £ 63,032 in 2019. Joseph Jekyll provided a memoir of Sancho for the first edition, and four more editions had been published in 1803.

Sancho’s son, William Leach Osborne Sancho, inherited the Charles Street store, Mayfair, and transformed it into a printing and book-selling business. In 1803 he printed in this shop a fifth edition of Letters of the late Ignacio Sancho with Memories of his life by Joseph Jekyll, with an engraving on the frontispiece by Bartolozzi.

“ I am an affiliate, with two ffs, please, and I am proud to be from a country that knows no politicians, no lawyers, no … or thieves of any denomination except Natural … ” 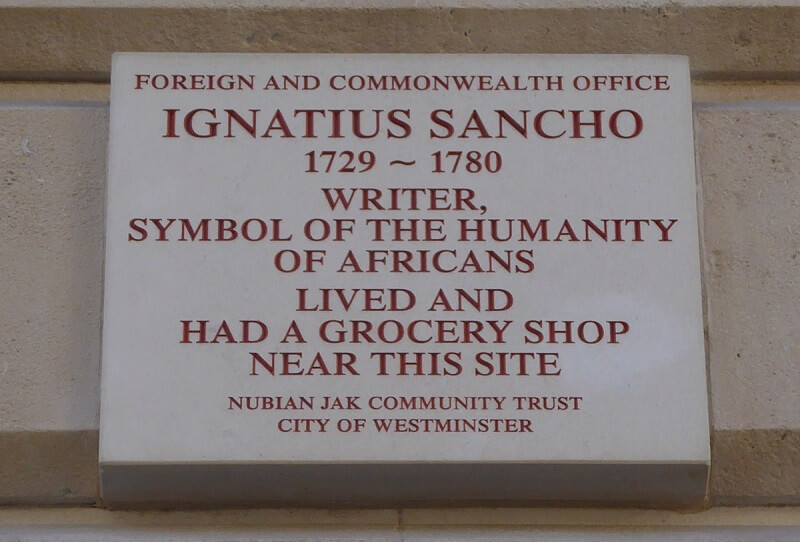 Sancho was unusually frank in his response to a letter from Jack Wingrave, John Wingrave’s son. Jack wrote about his negative reaction to people of color based on his own experience in India during the 1770s. John, a friend of Sancho, was a bookbinder and bookseller in London.

I am sorry to note that the practice of your country (which as a resident I love, and for its freedom, and for the many blessings I enjoy there, will always have my warmest wishes, prayers and blessings); I say it is reluctantly that I must observe that your country’s conduct has been uniformly wicked in the East, the West Indies, and even on the coast of Guinea. The great aim of the English navigators – indeed of all Christian navigators – is money – money – money – for which I do not pretend to blame them – The trade was destined for the goodness of the Deity to spread the various goods of the land everywhere. – unite humanity in the blessed chains of brotherly love – society – and mutual dependence: the enlightened Christian must spread the riches of the Gospel of peace – with the comforts of their respective land – Trade attended with strict honesty – and with Religion for his companion – it would be a blessing for every shore he touched.

In Africa, the poor wretched natives blessed with the most fertile and exuberant land, become much more miserable by what Providence meant as a blessing: the abominable slave trade of Christians and the horrible cruelty and betrayal of the petty kings encouraged for their Christian clients who bring them strong liquor to inflame their national madness – and gunpowder – and bad firearms – to provide them with the hellish means of killing and kidnapping.

A plaque in memory of Sancho was discovered on June 15, 2007 by Nick Raynsford, MP for Greenwich, on the remaining wall of Montagu House on the southwestern edge of Greenwich Park. The plaque was funded by the Friends of Greenwich Park to commemorate the bicentennial of the Slave Trade Abolition Act, enacted in 1807. A second plaque in his memory is at the Foreign and Commonwealth Office.

The iconic Portrait of an African (oil on canvas 61.8 x 51.5 cm, c. 1757-59; kept in the Royal Albert Memorial Museum, Exeter, Devon) is probably by Ignatius Sancho, although it was previously thought to be from Olaudah Equiano. and is now attributed to Allan Ramsay (1713-1784). A full account of the attribution to Ramsay and the identification of Sancho can be found in the article “The Lost African” published in Apollo magazine, August 2006.

In 2015, a play based on the life of Ignatius Sancho, titled Sancho: An Act of Remembrance, written and performed by Paterson Joseph, was performed at Oxford and Birmingham in the UK, and at the Brooklyn Academy of Music in New York. . From June 4 to 16, 2018 it had its premiere in London at Wilton’s Music Hall.