List of idioms and sayings with the Bag and the meanings. Idioms about Bag and expressions. 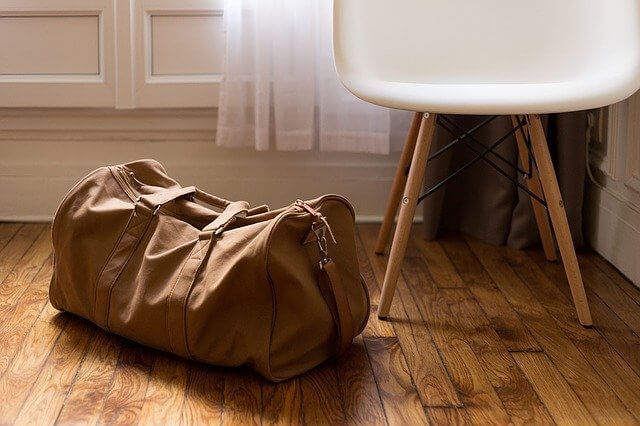 with one’s luggage; with all one’s possessions.

a collection of special techniques or methods.

to make someone the scapegoat; to be blamed for something that was not one’s fault or was only partly one’s fault
1. The other team members left, Bill was left holding the bag, trying to explain a bad project.
2. Christine helped Tim invent a scheme to cheat people out of their money and it went wrong. She left town and Tim got caught holding the bag.
Compare to: leave (someone) in the lurch
Leave someone in the lurch is usually applied more generally to any number of situations involving responsibility whereas leave someone holding the bag is usually applied to a situation involving theft in which one person is literally left holding (or caught with) the stolen goods.

let the cat out of the bag

to reveal a secret
1. When Rachel decided she was going to quit her job, she told her best friend but she didn’t want to let the cat out of the bag. Rachel told her friend not to tell anyone.
2. The children put their money together to buy their mother a birthday present, but the youngest child became excited and couldn’t keep from telling his mother what they had bought. His brothers and sisters told him he shouldn’t have let the cat out of the bag.
Synonym: spill the beans
Antonym: keep (something) under (one’s) hat
Centuries ago, merchants would sell piglets in bags. If a dishonest merchant placed a cat in the bag instead of the more costly and valuable piglet, the buyer might not know until they opened the bag and let the cat out.