List of idioms with the word “Ace” and the meanings. Idioms about “Ace” and expressions. 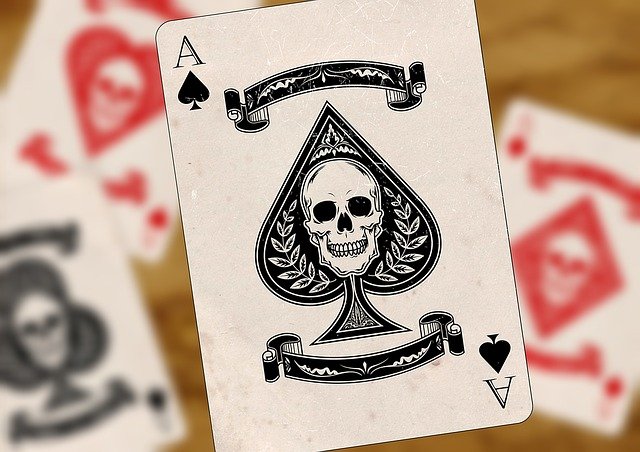 ace in the hole

a hidden but effective means of winning a conflict
1. The other team thinks they can win this basketball game, but that’s only because we haven’t put our best player in yet. He’s our ace in the hole.
2. It looked like the politician would lose the debate until he brought up his ace in the hole, an argument that nobody could refute.
The expression originates from some forms of the card gamepoker, in which players have both community cards and
private (“hole”) cards in their hands. To have an ace in one’s private hand means that one can win the game without others suspecting ahead of time.

to have an effective but hidden means to accomplish something
1. It looks like Joanne is going to lose, but I wouldn’t be too sure. She may have an ace up her sleeve.
2. No matter how many times I think Paul might lose to me in a game of chess, he never does. He always has an ace up his sleeve and wins every game.
The expression originates from card games like poker, in which players might hide an extra ace up their sleeves to use in case they were losing the game and wanted to cheat.

to maneuver someone out; to win out over someone.

to be lucky in getting admitted to something. I aced into the history class at the last minute.

to be fortunate or lucky. Freddy aced out at the dentist’s office with only one cavity.

ace out (of something)

to get out of something through luck; to evade or avoid something narrowly. I just aced out of having to take the math test!

within an ace of something

very close to; on the brink of: She was within an ace of winning when her car broke down.

to be in a favorable position; to be in a controlling position. (Alludes to having possession of all four aces or all the high cards in a card game.)

very close to doing something.

come within an ace of something/doing something

to almost achieve something Linford Christie came within an ace of the world indoor record for the 100m last night.

to do the thing that you know will bring you success