What is Hyperalgesia? Information about the Characteristics, Biological Bases and Causes of Hyperalgesia 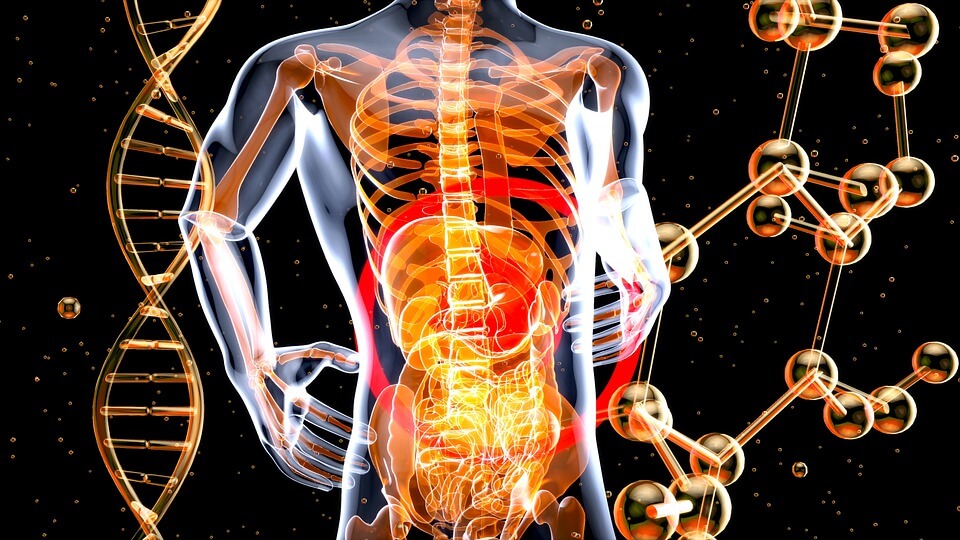 Hyperalgesia is a phenomenon that is characterized by developing a state of increased sensitivity to pain. This condition occurs after an injury and may consist of a chronic condition. The main characteristic of hyperalgesia is the development of an excessive sensitivity to pain. People suffering from this phenomenon have a very low pain threshold, so any stimulus, however small, can generate very intense painful sensations.

Hyperalgesia is a highly common symptom in many forms of neuropathic pain and is mainly caused by a traumatic or inflammatory skin lesion. This phenomenon can develop in two concentric zones: in the region immediately surrounding the lesion (primary hyperalgesia) and in the area that extends beyond the point of injury (secondary hyperalgesia).

The treatment of this condition is usually subject to the intervention of the pathology that causes the traumatic or inflammatory skin lesion. However, in several cases hyperalgesia tends to become chronic and irreversible. In this article the main characteristics of this alteration are discussed. Their biological bases and their causes are reviewed, and the forms of presentation that hyperaglesia can acquire are explained.

Hyperalgesia is a symptom that is usually very prevalent in different cases of neuropathic pain. The main characteristic of this phenomenon is to experience a high sensitivity to pain. As a primary result of this condition, the person experiences an abnormal and excessive response to pain. That is, it is much less resistant to painful stimuli and, elements that are usually innocuous, are perceived with high sensations of pain.

Likewise, people with hyperalgesia are very resistant to the processes of normal pain. In other words, painful stimuli that are unpleasant for most people can be experienced in an extremely intense and unbearable way by individuals with this type of condition. In this sense, several studies suggest that hyperalgesia is not only a quantitative sensory change, but also a qualitative change in the nature of the sensations.

Specifically, the sensations evoked by stimulation of the peripheral tissues of the organism are perceived in a totally different way by people with hyperalgesia. This fact translates into high pain responses to any type of stimulus. Research on hyperalgesia suggests that most of this manifestation is due to alterations in the properties of the “healthy” primary afferent pathways that remain between damaged afferent fibers.

However, some studies suggest that, in people with neuropathic pain, hyperalgesia is a condition that is maintained by the ectopic activity generated in damaged nerves.

Finally, hyperalgesia is characterized by incorporating a component known as allodynia. This element refers to the pain evoked by touch and is produced by variations in the central processing of the signals generated in diminished threshold mechanoreceptors. All these data have postulated the hypothesis that hyperalgesia produced by peripheral nerve lesions depends mainly on alterations in the central nervous system.

These alterations of the brain would be caused directly by damaged afferent pathways and would result in the typical symptom of hyperalgesia: increased sensitivity to pain.

However, to correctly understand the biological basis of hyperalgesia, it must be borne in mind that, although this phenomenon depends mainly on the functioning of the central nervous system, its origin or initial damage is not localized in this region of the organism.

In fact, hyperalgesia is a phenomenon that does not originate as a consequence of a direct damage in the brain, but in the afferent fibers that travel from the spinal cord to the brain. As a result of damage to the primary afferent fibers, irritation of the nervous system cells occurs. This irritation causes physical changes in the damaged tissue and causes intense and repeated stimuli of inflammation.

This fact causes the threshold of nociceptors (brain pain receptors) to decrease, so that stimuli that previously did not cause pain now originate it. More specifically, it has been shown that the irritation and / or damage caused by hyperalgesia can involve both the nociceptor itself and the nerve fiber corresponding to the first sensory neuron.

In this sense, the biological basis of this phenomenon lies in two main processes:

This fact causes that the information that travels from one side to another (from the spinal cord to the brain) does not respond to the original damage itself, but to the altered properties that the central nervous system generates about the perceived stimulus.

The manifestations of hyperalgesia may vary in each case. In fact, sometimes hypersensitivity to pain may be higher than in other cases.

Primary hyperalgesia is characterized by the experimentation of an increased sensitivity to pain at the same site where the injury occurred. This condition is directly related to the peripheral libration of harmful intracellular or humoral mediators.

Primary hyperalgesia corresponds to the first level of neuropathic pain. It is characterized by manifestations of peripheral sensitization, but a central sensitization has not yet been established.

At the therapeutic level, the condition of this type of hyperalgesia determines an alarm signal to apply more aggressive and effective analgesic techniques and, thus, avoid the development towards phases of worse prognosis.

Secondary hyperalgesia establishes a type of increased sensitivity to pain in regions adjacent to the injured area. In this case, hyperalgesia usually extends to dermatomes, both above and below the area where the lesion has occurred.

Likewise, secondary hyperalgesia usually generates changes in the excitability of spinal cord and supra-medullary neurons. Several studies show that this condition would be the expression of the association with the phenomenon of central sensitization.

Hyperalgesia is considered a pathognomic symptom of neuropathic pain, since most cases of this phenomenon usually occur together with the rest of the symptoms of the disease.

Likewise, another interesting line of research on the increase in sensitivity to pain is a condition known as hyperalgesia associated with opioid treatment.

Neuropathic pain is a disease that affects the somatosensory system of the brain. This condition is characterized by the development of abnormal sensations such as dysesthesia, hyperalgesia or allodynia. Thus, the main characteristic of neuropathic pain is to experience continuous and / or episodic components of painful sensations.

This condition originates due to a spinal cord injury, which can be caused by pathologies such as multiple sclerosis, cerebrovascular accidents, some cases of diabetes (diabetic neuropathy) and other metabolic conditions. On the other hand zoster herpes, nutritional deficiencies, toxins, distant manifestations of malignant tumors, immune disorders and physical trauma of the nervous trunk are other types of factors that can cause neuropathic pain and, therefore, hyperalgesia .

The hyperalgesia associated with opioid treatment or opioid-induced is a paradoxical reaction that is characterized by an increased perception of pain related to the use of these drugs. In these cases, the increase in pain sensitivity is directly related to the effect of these substances at the brain level.