How does the dissolution of stones and the formation of soils occur? Information about the comminution of rocks, the affecting factors and soil formation. 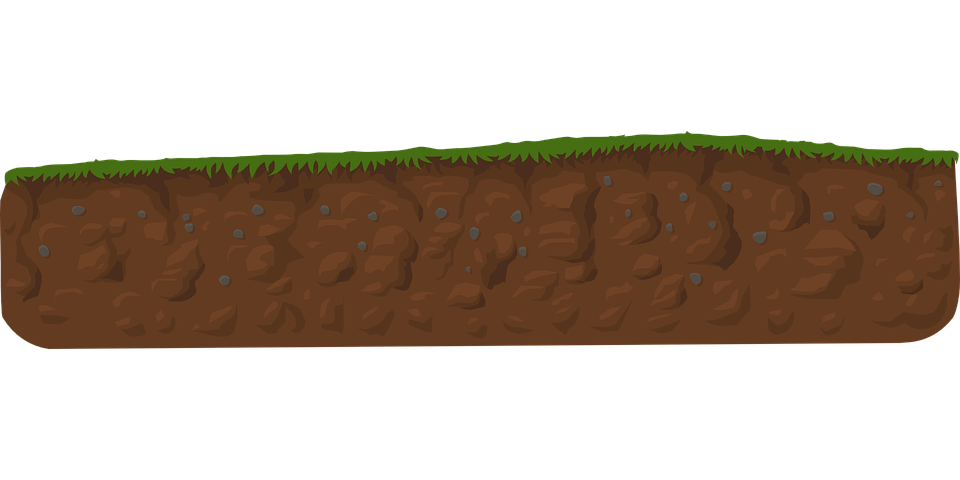 Rocks are formed deep in the earth or under water. As soon as the rocks are exposed, the weather begins to destroy them. The changes in rocks caused by exposure to the weather are called weathering. Some of these changes are chemical “changes, while others are physical changes. Chemical weathering is brought about mainly by air and water. Oxygen in the air combines with iron to form iron oxide, or rust. In a similar way, oxygen combines with various minerals in rocks to form new compounds, which are softer materials. Some of the new compounds formed by either oxygen or water take up more space. Because their volume increases, they exert pressure. This pressure causes the rocks to expand and break.

Cracks in the rocks let air and water in. Because of these cracks, weathering goes on inside the rocks as well as on the outside. Water seeps into the cracks in rocks and freezes. You know that freezing water expands with so much force that it can even break iron pipes. When water freezes in the cracks of rocks, it also expands. As the water in the cracks of rocks expands, the cracks get bigger. Then the rocks are broken into smaller and smaller pieces.

Plants and animals also help break up rocks by causing physical changes. The roots of plants can exert considerable force. You have probably noticed how a tree root can force its way under a sidewalk and cause it to crack. Tiny roots can easily work their way into the small cracks in the rocks. In time, as the roots grow larger, they exert enough force to split the rocks into pieces. Ants, earthworms, and larger animals that burrow in the soil allow water and air to get down into the soil around rocks. These animals also bring tiny bits of rock to the surface, where the effects of heat, cold, and rain wear down the rocks more rapidly.

For millions of years, the rocks in the earth’s surface have been changing. They are broken in pieces and worn away. Then the pieces are rubbed together and ground to bits. Quartz is a mineral found in granite and other rocks. When rocks containing quartz are gradually destroyed, the quartz is broken into smaller and smaller bits. Finally, it is left as sand. Almost all the other minerals form clay, or fine mud, when rocks are broken up.