There are 11 official standard time zones in Russia. This country has the largest number of time zones within the contiguous territory and does not observe daylight saving time (DST), it does not change the clocks forward and backward. 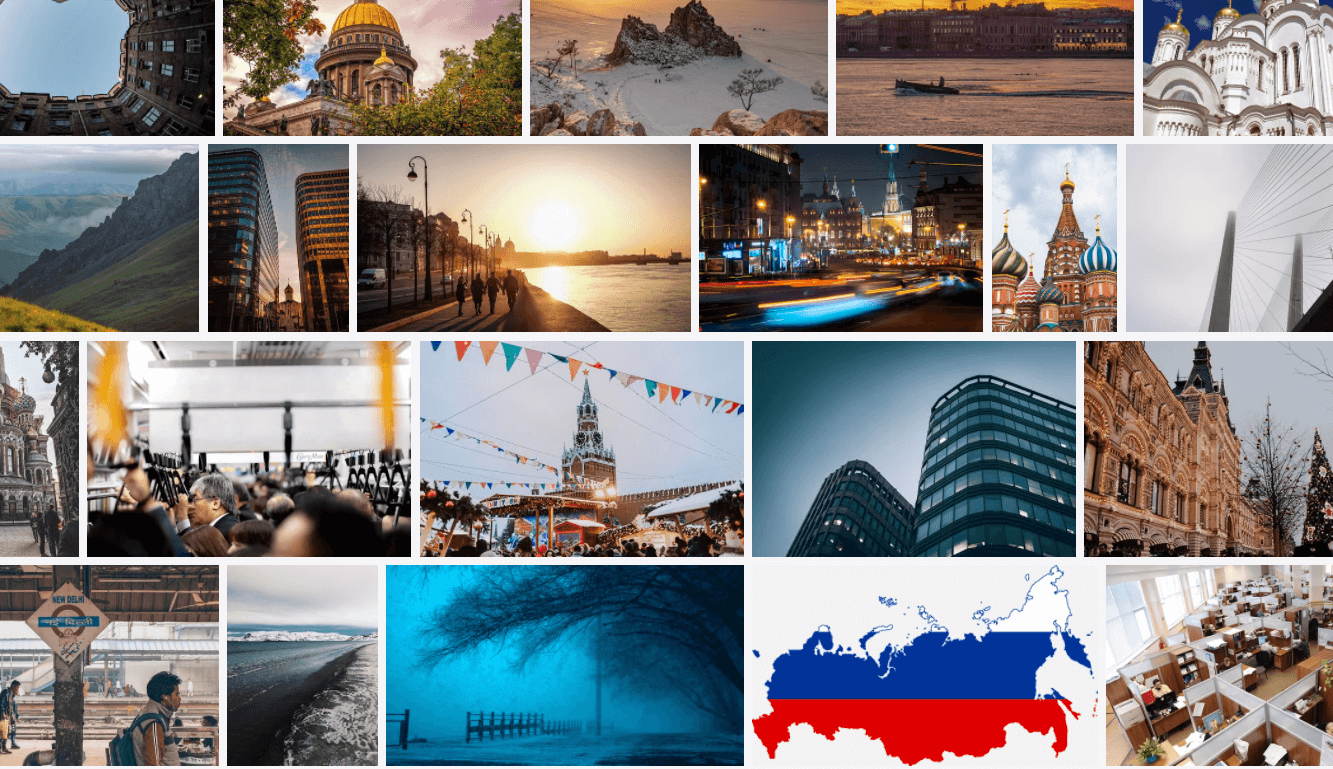 UTC + 03: 00 Moscow time zone (MSK) is the most populated, covering 50 federal subjects in the European part of Russia. There are famous tourist places such as Moscow, St. Petersburg and the old cities of the Golden Ring.

UTC + 08: 00 The time zone of Irkutsk includes 2 federal subjects in the southeastern part of Siberia around the famous Lake Baikal.

UTC + 09: 00 The Yakutsk Time Zone extends throughout the entire Zabaykalsky Krai, the Amur Oblast and the western part of the Sakha Republic (Yakutia).

UTC + 10: 00 The time zone of Vladivostok covers 4 regions in the Far East and the central part of Sakha Republic (Yakutia).

UTC + 12: 00 The time zone of Kamchatka covers the easternmost areas of Russia, called Chukotka and Krata Kamchatka, bordering Alaska (USA) and Japan.
,
Moscow time (MSK) is widely used for broadcasting and train programs throughout the country, which is why together with the UTC move we also mention the compensation of Moscow time for different locations in Russia.