How do insects sense and see? Information about the structure and function of insect sense? How do insects hear, see, touch, taste and smell?

Insects have three types of eyes: compound eyes and two kinds of simple eyes, the dorsal ocelli and the lateral ocelli. Compound eyes occur only in adult insects and are best suited for detecting movement. They also perceive colors and patteras.

Each compound eye is seen as an array of facets that are generally hexagonal in shape and form a surface that looks like a honeycomb. The number of facets ranges from one to many thousands, and when the facets are few in number, as in some parasitic and soil-dwelling species, they are often round in shape. The relative size of the conıpound eyes varies among different insects. Ground-dwelling insects, including many beetles, have relatively small eyes that are directed sideways. insects that fly a great deal, particularly predatory insects such as the robber flies and dragonflies, have eyes that are greatly enlarged. In many male insects the eyes may occupy almost the entire surface of the head. Sometimes the facets in one part of the eye are larger than the others. In predatory insects the front of the eye has larger facets, and in insects that gather in mating swarms, the males often have larger facets pointing upward and outward.

Each facet of a conıpound eye is a lens forming the top of an elongated cylindrical visual unit called an ommatidium. Light entering the ommatidium passes through the lens and an underlying crystalline cone, both of which focus the light onto a clear, rodlike structure known as the rhabdom. Surrounding the rhabdom are eight retinal cells, which terminate in nerve fibers that join with the nerve fibers of other ommatidia to form the optic nerve. The optic nerve carries impulses from the eye to the first head ganglion, or brain. 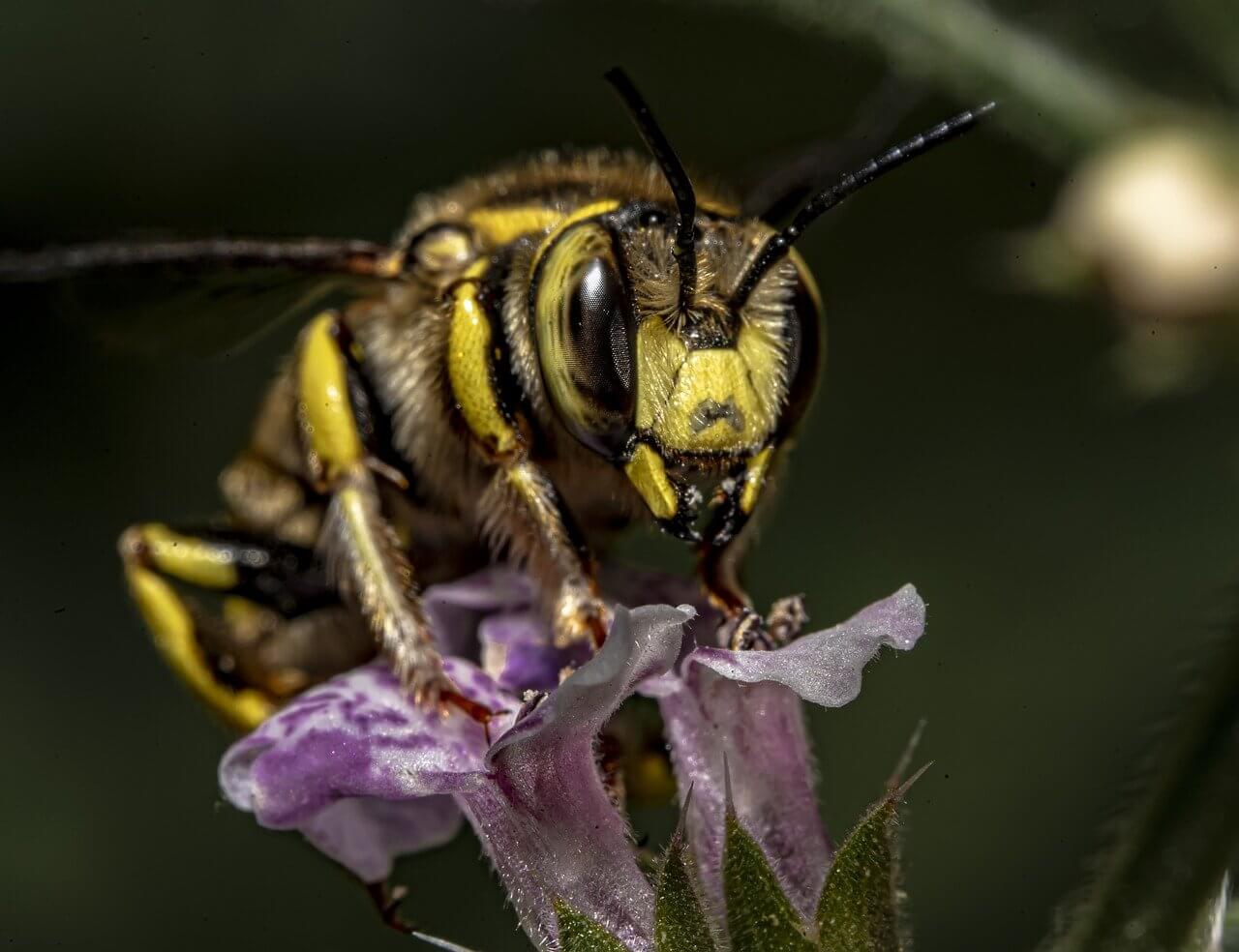 The dorsal ocelli are the one-to-three single lenses that form a triangle at the top of the insect’s head. Each has a lens and is capable of forming an image, but the image is not focused on the retina. The function of the dorsal ocelli is not clearly understood, but they may measure the general intensity of the light, especially at dawn and dusk. The lateral ocelli, which are also called stemmata, are characteristic of caterpillars and some other insect larvae. They occur singly or in small clusters and can perceive light intensity and polarized light, thus possibly having a directional function.

Insects hear by means of two types of sense organs. One type, tympanal organs, are similar to eardrums but are not located in the head. In the underwings and other noctuid moths, as well as in some bugs, the tympanal organs are located on the thorax. In locusts, short-horned grasshoppers, and geometrid moths they are located on the abdomen, and in long-horned grasshoppers and crickets they occur on the legs.

Other hearing organs are the chordontal sensillae, which may be scattered över the body or concentrated to form a larger organ, such as the Johnston’s organ of the antennae. Each sensilla consists of a rod or stretched fiber that is stimulated by any vibration. 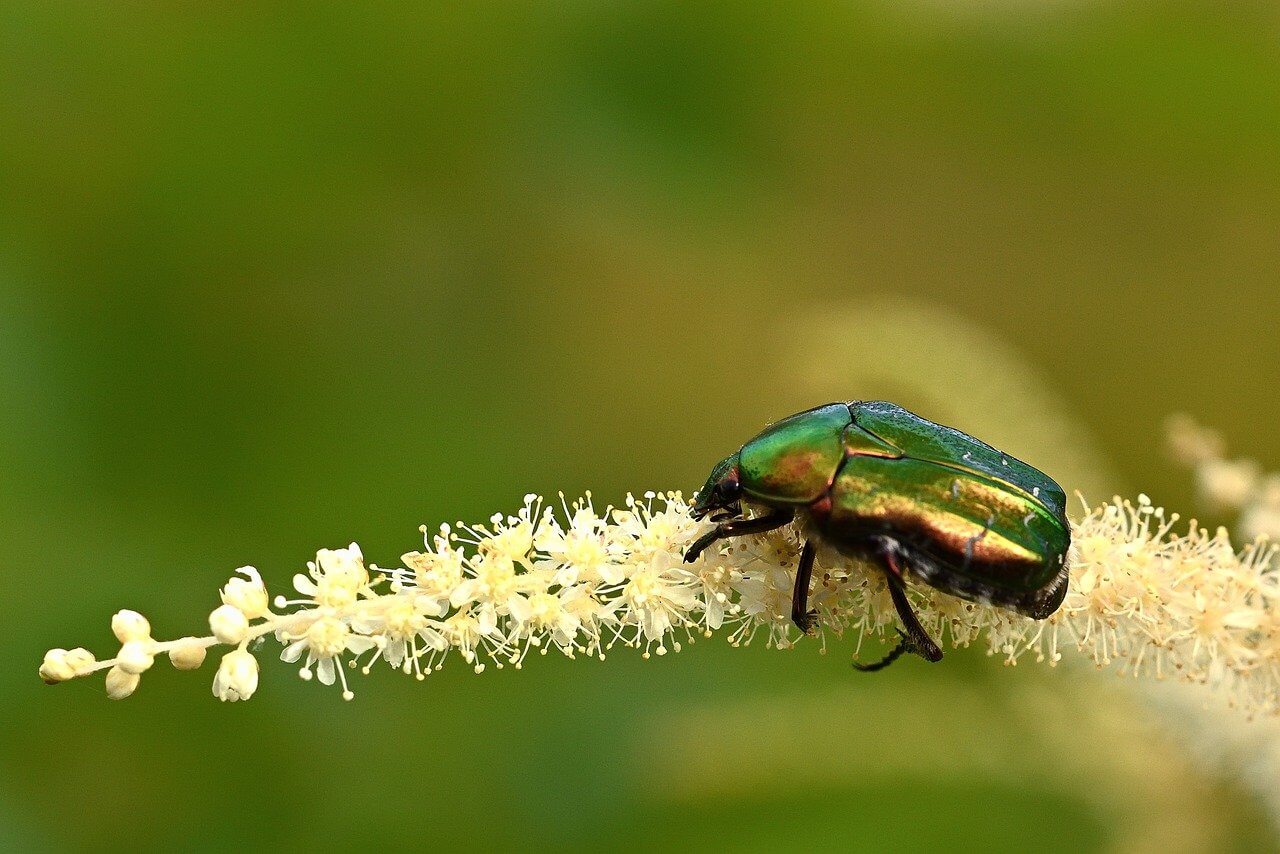 Organs of touch are essentially similar to hearing organs except that they have a longer, stiffer bristle that stimulates the nerve cell when it is touched. They occur most frequently on antennae or tarsi.

Many insects produce sounds. Often they are warning signals, and sometimes they serve to keep individuals together. The tapping of the deathwatch beetle is thought to be a mating call, as is the chirping of male crickets. Although crickets can proauce sounds and also have sensitive structures for hearing, there is not necessarily a close connection between the production of sound and the ability to hear.

The males of many grasshoppers produce sounds by stridulation, rubbing together roughened areas of the legs and wings. Sometimes a leg is rubbed against the wing, and sometimes the wings are rubbed against each other. Beetles of the family Passalidae, which live in wood, have forelegs that are modified for making a characteristic squeaking sound. Male cicadas have a pair of tymbals, small organs in which a membrane, held in an elastic ring of chitin, is pulled by a muscle and then released. The sound is amplified by structures that act as resonators. 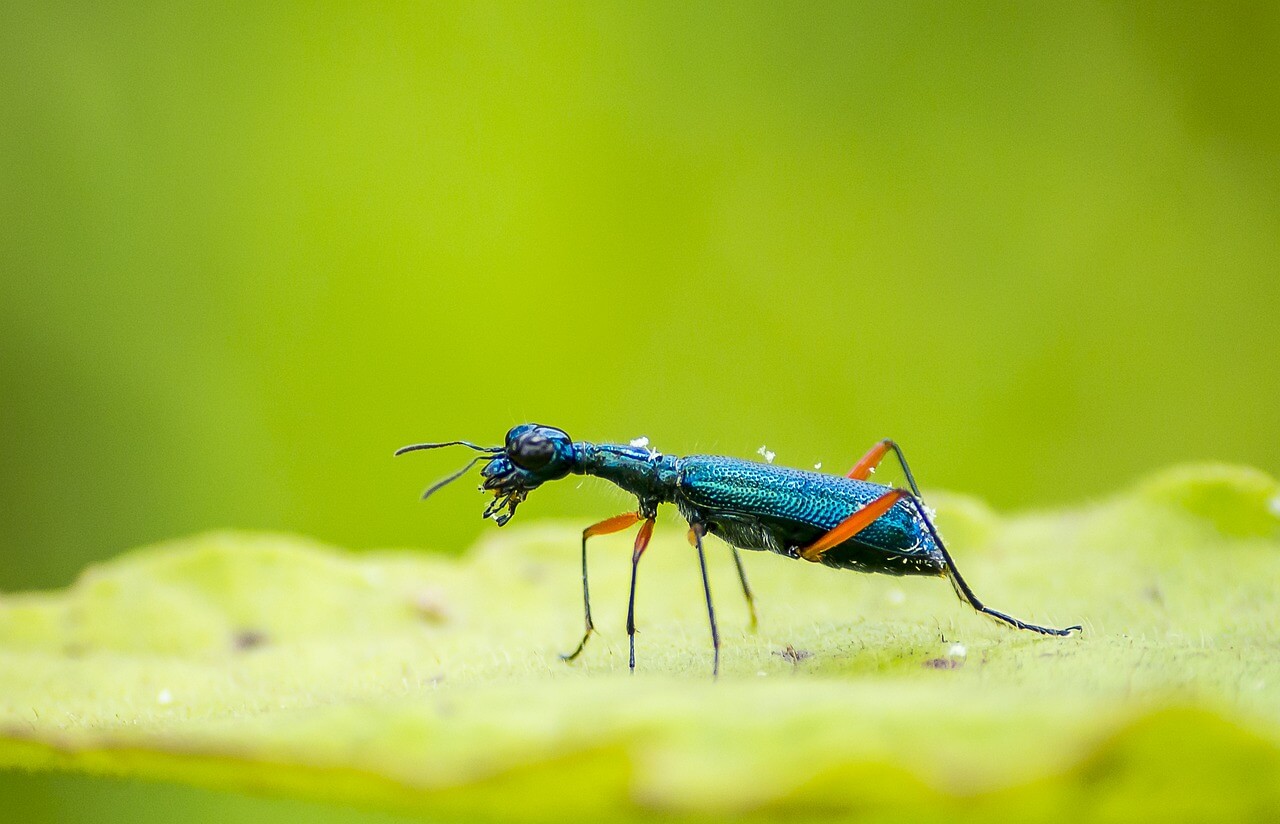 Many insects produce light by chemical action, when luciferin is oxidized by the the enzyme luciferase. Among these insects are fireflies, glowworms, and some beetles. Usually, the light-producing cells are concentrated into small areas on the head, thorax, or abdomen.