How Do Bees and Wasps Pollinate? What is the importance of pollination by bees and wasps? Information about bees pollination. 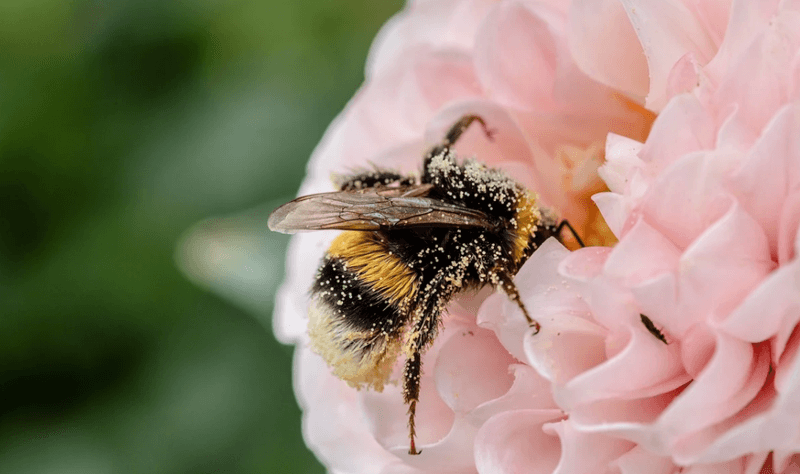 Bees are among the most important visitors of flowers. These small, day-flying insects live on the nectar which they suck from flowers, and feed their larvae with honey and pollen. The mouth parts, body hairs, and other parts of bees are specially fitted for collecting these food materials. The slender tongue attains lengths of about half a centimeter in the honeybee and one to two centimeters in the different species of bumblebee.

Bees are informed of the presence of flowers from a distance by vision and at closer range recognize the species of flower by its characteristic odor, form, and color. In experiments they respond to the same odors which man regards as pleasant, such as sweet, aromatic, or minty odors, but do not appear to be stimulated by foul odors. Their color sense is very different from that of man, inasmuch as they do not see a continuous spectrum but rather a composite of four discontinuous color groups. The colors seen by a bee are: yellow (including orange and yellow-green); blue-green; blue (including purple and violet) ; and ultraviolet. Red is not seen as a color and cannot be distinguished from black.

In visiting flowers bees habitually settle down on or cling to a petal and push their way into the region of nectar and pollen. When they have finished working on one flower, they rapidly fly to another flower of the same species. They have an instinct which leads them to remain constant to one species of flower for as long a time as they can get food from it.

Flowers which are pollinated by bees are open during the hours of daylight, but are often closed at night. They advertise their presence by means of showy, brightly colored petals and a sweet fragrance. Most bee flowers are blue or yellow or some mixture of these two colors. Ultraviolet colors are also present in some bee flowers, though unfortunately little is known about this subject. The lower petals are often produced in a protruding lip which serves as a landing platform upon which the bee alights before entering the flower. 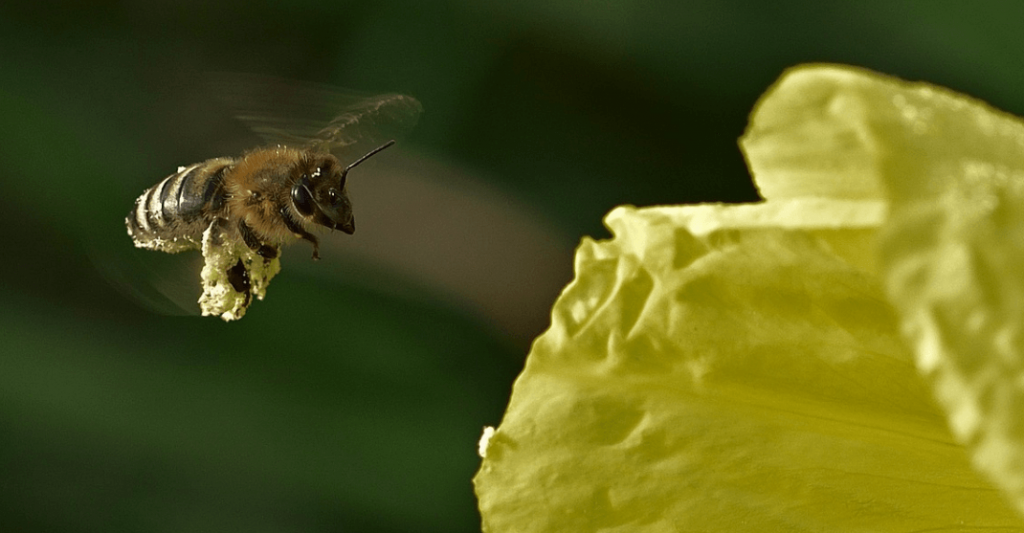 Nectar is secreted from special glands at the base of the flower. One of the chief objects of the bee in visiting the flower is to obtain this nectar. Inasmuch as the petals are frequently fused into a tubular corolla, the nectar, lying concealed at the base of the tube, is readily accessible to the long-tongued bees but not to most other insects. The stamens are usually few in number and may possess special lever, trigger, or piston devices for dusting pollen onto some particular spot of the bee’s body. The stamens are contained within the floral chamber, which the bee enters When the bee visits another flower the pollen is unconsciously rubbed off onto the stigma.

The stamens and carpels are grouped together in the same flower in bee plants and indeed in most other animal-pollinated plants. This is an economical arrangement which enables the flower to both receive and deliver a load of pollen at each visit. The bee, or other animal, can always fly from flower to flower with a load of pollen, which would not be the case if the sexes were separated into staminate and carpellate flowers. In one visit the bee delivers a mass of pollen grains sufficient to fertilize a large number of ovules, and most bee-pollinated plants do in fact ripen numerous seeds in each flower. The floral mechanism allows only a single pollinating visit in many members of the pea, orchid, and bleeding heart families.

Each species of bee flower possesses its own characteristic form and size of petals, color pattern, and odor. These characteristics serve as recognition features which enable the bees to confine their visits to the flowers of one species at a time. In this way a limited quantity of pollen is distributed where it does the most good for the plant, namely, to the different individuals of one species, and the food-gathering efficiency of the bee is increased by having only one kind of floral mechanism to operate.

Examples of bee flowers are verbena, violet, blue columbine, larkspur, monkshood, bleeding heart, and many members of the mint, snapdragon, and pea families. Many bee-pollinated plants are unable to reproduce themselves in areas where certain kinds of bees are not present. Alfalfa, a cultivated species of the pea family, is frequently infertile in California due to the scarcity of the proper kinds of bees under the highly artificial conditions of cultivation. The monkshood, a bumblebee flower, does not occur naturally outside the range of bumblebees in the Northern Hemisphere.

Various kinds of wasps, belonging to some ten or more families, visit and pollinate flowers. The diversity of the wasp visitors is matched by an equally great diversity in the floral contrivances which they operate.

The flowers of figwort and the orchid Epipactis are brownish in color and provide nectar in a pouch. Wasps, feeding on this nectar, carry pollen from flower to flower.

The flowers of the fig are minute structures grouped in large numbers on the inside wall of the edible, urn-shaped receptacle. There are three kinds of flowers, carpellate, neuter, and male, variously disposed within the urn. The female chalcid flies, a kind of small wasp, enter the urn through a minute pore and deposit their eggs in some of the neuter flowers, which thereupon develop into galls nourishing the wasp larvae. The new generation of wasps emerges within the cavity of the fig and the females are there fertilized by the males. The females now leave the fig in search of a new urn in which to lay their eggs. In the course of this operation they convey pollen from the male flowers of the fig where they were born to the carpellate flowers of the fig where they lay the next generation of eggs. 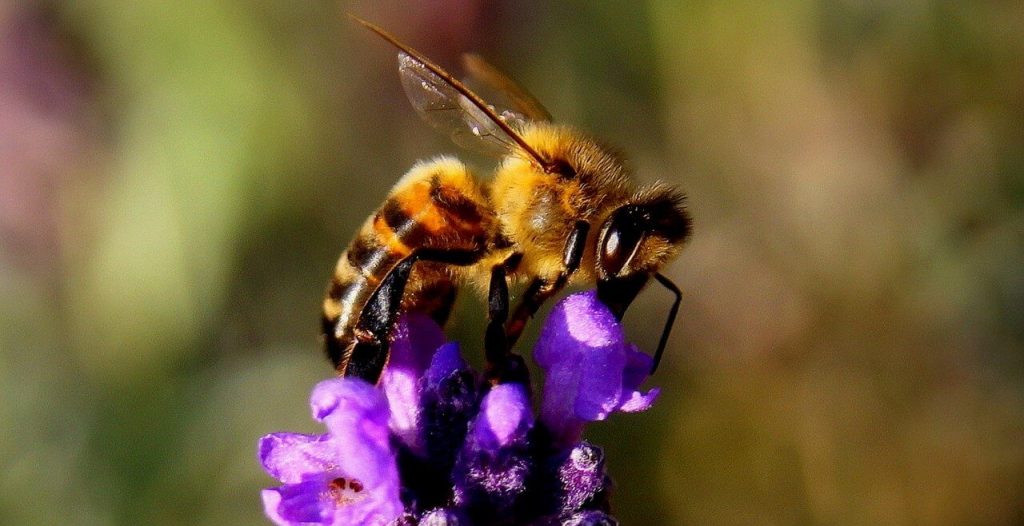 The flowers of some North African and Australian orchids mimic the females of certain scolid wasps and ichneumon flies. (The latter, like the chalcid flies, are really wasps.) The males of these same species are attracted to the flowers, with which they attempt to copulate. During this process they receive pollen on the tip of their abdomen, which may thence be conveyed to another orchid flower.

These examples show that wasp flowers may attract their pollinators by furnishing them food, by providing the females with a place in which to rear the young, or by offering the males an imitation female. The three dominant urges of animals, hunger, care of offspring, and sex, are thus exploited by wasp flowers in the service of pollen dispersal.