What does cavalry mean? Information about the history (Early history, middle history and modern history) and development of cavalry.

CAVALRY, a term formerly restricted to military forces mounted on horseback, is now often broadened to include mechanized and armored, and sometimes airborne, forces. With the decline of the horse in warfare these have assumed many of the characteristics and missions of the earlier cavalry. The basic characteristics are mobility and shock, which often are decisive in battle. Other than attack, missions include reconnaissance, counterreconnaissance, delaying action, raid, and pursuit.

The term “qavalry,” which is derived from the Latin word for horse (caballus), came into general use during the 16th century to denote all types of mounted troops. These included dragoons, who rode to battle but usually fought dismounted; light cavalry, or hussars, used primarily for reconnaissance, screening, and liaison missions; and heavy cavalry (sometimes called cuirassiers), used primarily for shock effect. These same distinctions persist in mechanized and armored cavalry. The “armored infantryman,” or Panzer grenadier (German), for example, is descended from the dragoon, riding to battle in an armored personnel carrier but usually fighting on foot. Of the major armies of the world, only the Russian and the Chinese Communist retain any major quantities of horse cavalry. 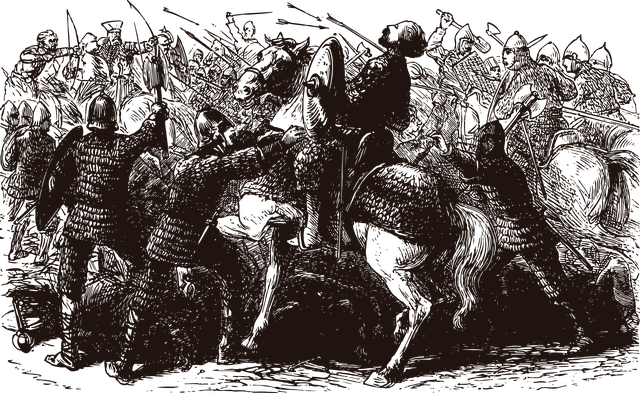 The development of cavalry followed the breeding of horses large and sturdy enough to carry an armed man. By about 772 b. c. lancers and mounted bowmen had begun to appear in the Assyrian army, but the Persians were apparently the first to employ horsemen with bow or javelin as a principal arm. The first use of cavalry in appreciable strength in western Europe seems to have been Leuctra, Greece, in 371 b. c., when Epaminondas used it to secure his flanks. Philip II of Macedon (reigned 359-336 b. c.) was the first to employ cavalry as an arm of decision. Fixing the enemy by frontal attack with a powerful infantry phalanx, he would destroy his fore with a cavalry charge against a flank. Inheriting Philip’s army and traditions, Alexander the Great (reigned 336-323 B.C.) scored notable successes with cavalry against the Persians and Indians.

Although Rome was slow to develop efficient cavalry, bitter experience at the hands of Hannibal (particularly at Cannae in 216 b.c.) finally prompted Roman leaders to correct the deficiency. Roman cavalry drove Hannibal’s horsemen from the field at Zama, North Africa, in 202 b. c. and helped effect the fall of Carthage.

Saddles, then stirrups, appeared in the first centuries of the Christian era and increased the effectiveness of cavalry. The Goths probably used both in annihilating a Roman army at Adrianople in Asia Minor in 378 a. d.

Cavalry survived for a time, as Roman civilization survived, under the Byzantine Empire. But in the west the rise of the feudal system, wherein warfare was the province of the nobility, produced such a reliance on armor for mount and rider that horsemen ceased to have the mobility expected of cavalry. 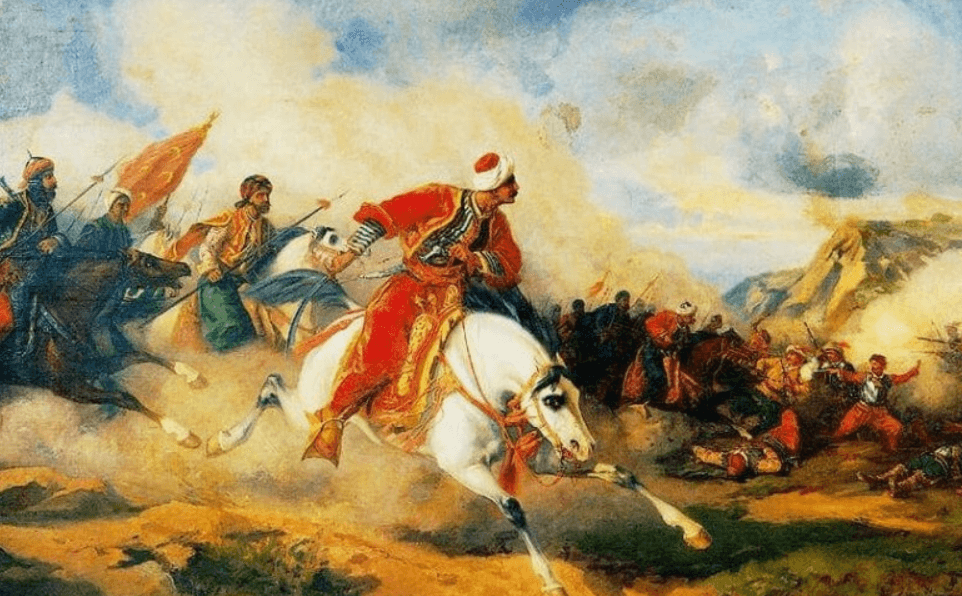 Europe was thus virtually defenseless as the Mongols under Genghis Khan in the early 13th century approached with a mounted army whose horsemen roamed far and deep, maneuvering swiftly in widely separated columns and concentrating unexpectedly on the enemy’s flank or rear. Only troubles back in Asia spared European civilization from the Golden Horde of mounted Mongols.

The European cavalryman, meanwhile, had become obsessed with his superiority to the point of folly. Lacking maneuverability, he was ripe for defeat by infantry using powerful new weapons, such as the longbow, dramatically unleashed at the Battle of Crecy, France, in 1346, and old weapons such as the pike, which the Swiss phalanx emplaced in the ground at an angle to stop horsemen. These developments sent cavalry into sharp decline.

The advent of weapons utilizing gunpowder during the 16th and 17th centuries halted cavalry’s decline, both by augmenting cavalry with artillery and by substituting the pistol for the lance. Advancing at a trot in columns several ranks deep, the horsemen would fire by rank at close range, then wheel to the rear to reload.

Gustavus Adolphus of Sweden (reigned 1611-1632) improved on this method by training his cavalry to advance at a gallop, with only the front rank firing, then applying the sword. During this same period, the French introduced a cavalryman who fought dismounted, the dragoon. Frederick the Great of Germany (reigned 1720-1786) further improved the performance of cavalry by ceaseless training and iron discipline.

Napoleon Bonaparte in the early 19th century developed the concept of coordination between a cavalry screen, which covered the advance of his army, and a cavalry reserve. The screen having located the enemy, Napoleon fixed his foe with light cavalry and advance guard, then massed his artillery to blast a hole through which the cavalry reserve poured, slashing the enemy irresistibly and running down escapees. There were notable failures, as at Eylau in 1807, when the cavalry was committed too soon; at Leipzig in 1813, when it was too weak; and at Waterloo in 1815, when rough terrain and an uphill charge muted the effect. But until the campaign in Russia in 1812 eliminated many of Napoleon’s vet» eran troops and horses, French cavalry in close coordination with artillery and infantry was the scourge of Europe. 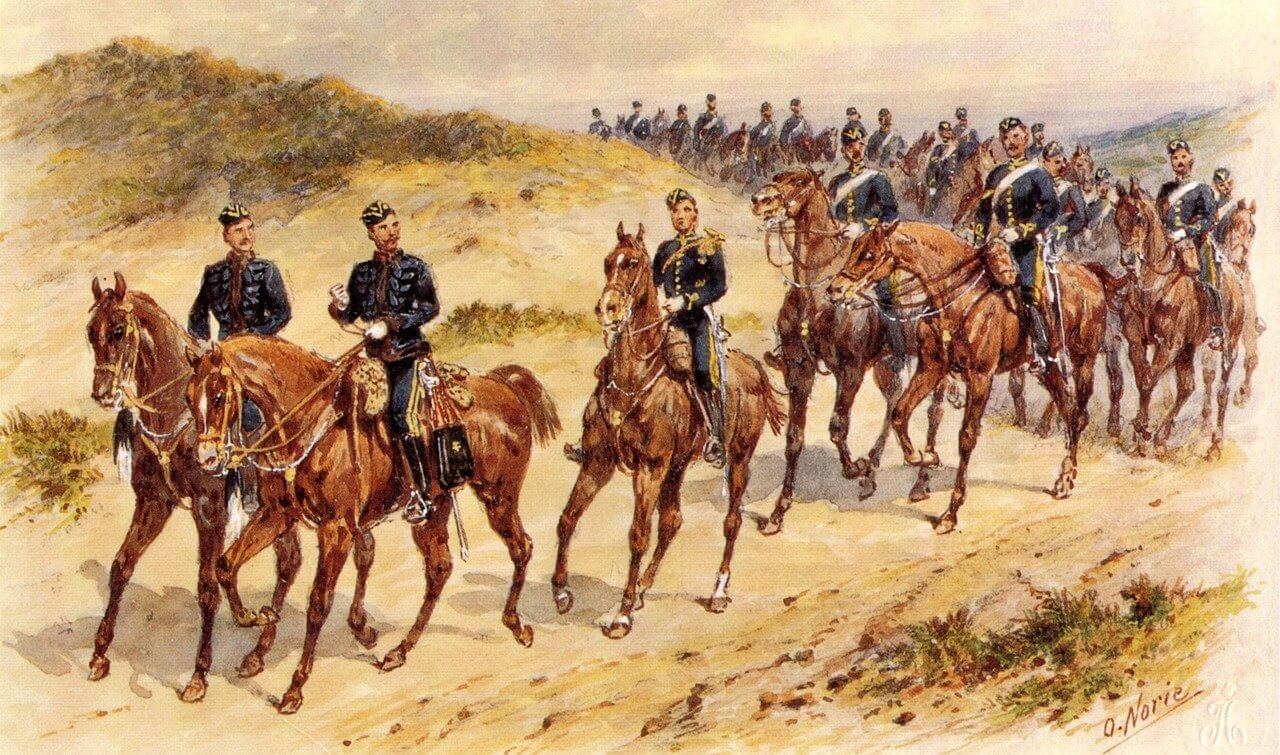 The agricultural and financial exhaustion of Europe after the Napoleonic Wars, followed by development of artillery and small arms effective at long range, again produced a sharp decline in the effectiveness of cavalry. The Charge of the Light Brigade (1854) at Balaklava in the Crimean War was celebrated more for losses and romance than for achievement.

Americans in the U. S. Civil War and the Indian Wars provided cavalry a final grand employment, yet the use was less in the traditional sense of overwhelming charge than in lesser missions such as reconnaissance, screening, delaying, and raids. Seldom was cavalry effective against the improved weapons of entrenched infantry; thus, in deliberate attack cavalry usually fought dismounted.

Cavalry accomplished little either in the Franco-Prussian War (1870-1871) or the Russo-Japanese War (1904-1905), yet European nations at the start of World War I had large bodies of cavalry. It was organized in separate divisions on which the belligerents depended for exploiting a break in the enemy lines, in the manner of Napoleon, after vastly improved infantry and artillery weapons had blasted a path through the lines.

As it turned out, cavalry was reduced to impotence by the unexpected advantage the new weapons afforded the defense and by the impediments presented by long lines of entrenchments, barbed wire entanglements, and ground churned by bombardment, along with the use of aviation for surveillance. Refusing to fight dismounted, most cavalry was frittered away in small segments. Only in two cases were there decisive cavalry engagements. In Palestine three divisions of British cavalry poured through after infantry and artillery had blasted a gap in the Turkish right, and on the eastern front a single German cavalry division delayed the Russian advance long enough for the Germans to concentrate and win the Battle of Tannenberg. 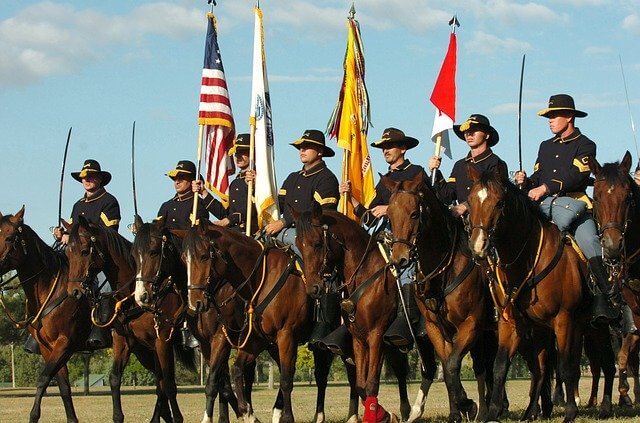 Of the major combatants in World War I, all but the Germans failed to discern the twilight of cavalry and the ascendancy of tanks. In Britain, France, and the United States, old-time cavalrymen fought to retain cavalry in some form, either augmented by light tanks and armored cars or transported to battle in vans, while relegating the tank to an infantry-support role.

German World War II campaigns against Poland, the Low Countries, and France demonstrated incontestably the end of the horse as a decisive instrument of war, its place assumed by tanks and self-propelled artillery operating in close conjunction with aerial bombardment. Both Russia and the western Allies subsequently used armored divisions much as the Germans had done, and in many cases mechanized cavalry units with light tanks and armored cars. The latter were useful for reconnaissance and for screening the flanks of larger forces.

Of the horse cavalry units operating in Europe at the start of World War II, those of Poland and France were swiftly annihilated. Russian cavalry lost heavily against German armor, but the Russians learned to infiltrate their horsemen through thinly stretched German lines and launch surprise attacks against rear installations. Both the Chinese and Japanese used large bodies of mounted troops, but they seldom were decisive. The United States lost a cavalry regiment of the Philippine Scouts in defense of Bataan. Of two cavalry divisions in the U. S. Army at the start of the war, one was disbanded while the other, the 1st Cavalry Division, left its horses behind to fight in the Pacific as an infantry unit. 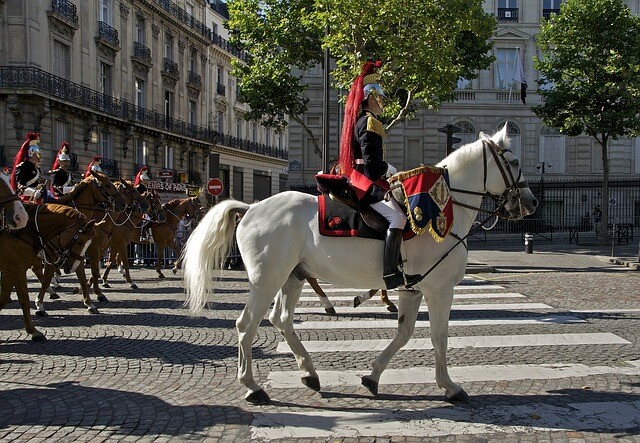 In the U. S. Army and most other major armies following World War II, the names, traditions, missions, and internal organization (squadrons and troops) of the old cavalry units passed to armored regiments and divisions and to mechanized reconnaissance units. All have mobility, while armor provides shock and the ability to pursue and destroy. During the war in Vietnam in the 1960’s, the United States organized the 1st Cavalry Division (Airmobile), which by means of the helicopter achieved the old cavalry characteristics of quick strikes against enemy flanks and rear. But as the utility and availability of the helicopter increased, regular infantry divisions took on some of the same capabilities, so that true air cavalry, separate and distinct from other arms, was yet to emerge.