Hieronymus Bosch; (c. 1450-1516), Flemish painter, who was one of the world’s most original artists. Breaking with the iconographie tradition of his time, Bosch translated the rich imagery of medieval mysticism into brilliant visionary fantasies. He created a strange world, full of monsters and weird creatures, that has always been popular. His fame spread throughout Europe during his lifetime and was particularly strong in Spain, where Philip II was an avid collector of his paintings. In the 20th century Bosch has appealed especially to the surrealists, who considered him their precursor. Artistically, few painters can be considered predecessors of Bosch. Among his followers, the most important is Pieter Bruegel the Elder, who shared Bosch’s interest both in human nature and in symbolic fantasy. 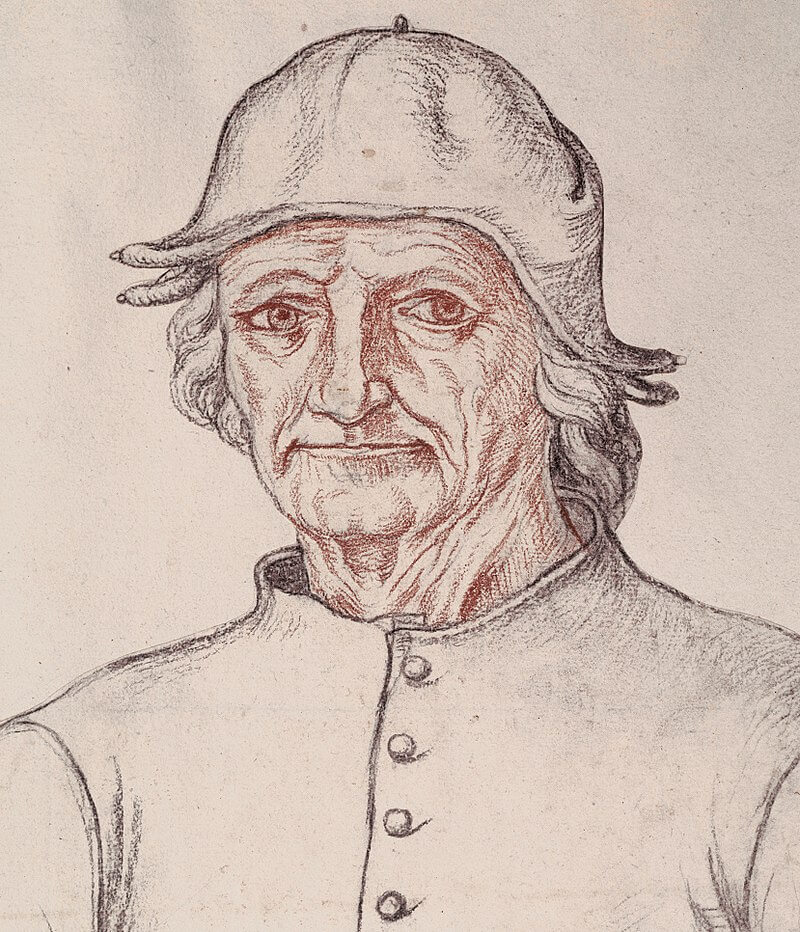 Bosch was born Jeroen Anthoiszoon about 1450. He later took his surname from his birthplace, Hertogenbosch (Bois-le-Duc), where he lived his entire life and where he died in 1516. He may have learned painting from his father, Antonius van Aken. About all that is known of Bosch’s life is that he was a member of a religious confraternity, the Brotherhood of Our Lady. Deeply religious, even mystical, Bosch was especially concerned with evil, the devil, and sin, and saw the world as white or black, divided between saints and sinners.

Bosch’s visions, curious mixtures of tradition and invention, are painted in a style that is at once meticulous and painterly and in a technique that is always rich and varied. His figures are slender, often silhouetted against light, unreal backgrounds. The limpid, luminous color of his earlier landscapes evolved later into stronger and more sonorous tones.

All the vices of mankind are depicted—not without humor—in Bosch’s paintings. His many versions of the ecce homo theme and his Christ Carrying the Cross ( Musée des Beaux-Arts, Ghent) derive much of their power from the contrast between the pure and serene face of Christ and the twisted, hideous features of his tormentors. In all of his paintings Bosch gives free rein to an imagination nourished by mystery plays and the grotesque fantasies of Gothic church sculpture. Always a moralizer and a prophet of doom, he satirizes greed and cupidity in The Haywagon ( Prado, Madrid ). In the Ship of Fools (Louvre, Paris) he shows himself to be keenly observing of life and capable of sharp satire. He did several paintings entitled the Temptation of St. Anthony, a theme suited to his symbolic fantasy, the best of which is in the Museu Nacional de Arte Antiga, Lisbon.

The Garden of Earthly Delights (Prado, Madrid) is generally considered Bosch’s masterpiece. In this hallucinatory world, the thin line between reason and folly disappears. Haunted by the corruption of men, Bosch, in a caustic mood, invents a myriad of degrading pleasures, mostly sensual. Although it is highly detailed and crowded with innumerable figures and fantastic creatures, the painting is remarkably well ordered, with a lucid composition held together by a light, exciting color scheme.