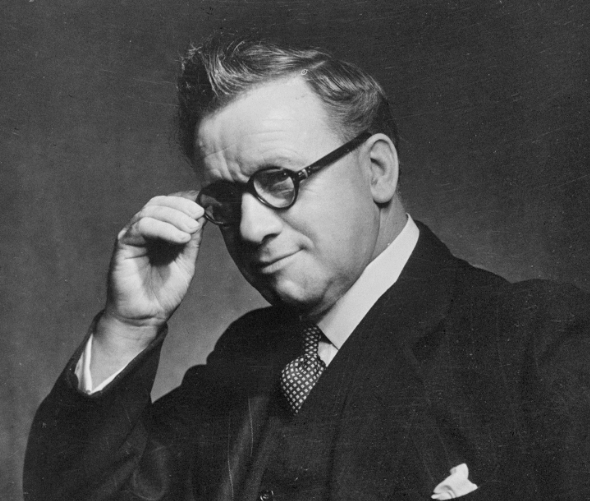 Herbert Stanley Morrison; British statesman : b. London, England, Jan. 3, 1888; d. Sidcup, Kent, England, March 6, 19.65. He went to work at 14, and later joined the Social Democratic Federation. A conscientious objector in World War I, he became secretary of the London organization of the Labour Party in 1915 and held that post until 1947; concurrently he was a member of the London County Council (1922-1945) and its leader (1934-1940). He thus became one of the Labour Party’s leading authorities on municipal affairs and was responsible for much new housing and school construction in London. When World War II began, he organized the evacuation of 1,200,000 women and children from London and other dangerous areas.

In national affairs, Morrison represented various London constituencies in Parliament in 1923— 1924, 1929-1931, and continuously thereafter from 1935. When Labour took office in 1929, he was named minister of transport, resigning_ (1931) when Ramsay MacDonald formed a coalition with the Conservatives. During the 1930’s Morrison emerged as the leader of the rightwing Labourites, opposed to united front with the Communists. In May 1940 he entered Winston Churchill’s national government as minister of supply, and from October of that year to the end of World War II he held the important post of home secretary, from 1942 as a member of the inner War Cabinet.

In the Labour government formed in July 1945, Morrison became second in command to Clement Attlee, with the office of deputy prime minister and leader of the House of Commons. Like Attlee, he favored a moderate policy, and socialization was carried out in only a few sectors of the national economy. When Ernest Bevin resigned (March 1951) as foreign minister, Morrison took the post, which he held until the government left office in October. Among his books are How London Is Governed (1949), The Peaceful Revolution (1949), and Government and Parliament: a Survey from the inside (1954).