Henry Laurens; (1724-1792), American merchant, planter, and patriot. He was born in Charleston, S. C., on Feb. 24, 1724. Laurens made a fortune in commerce, especially in the slave trade, and became a planter after 1762. He was a moderate during the Stamp Act crisis but was angered when the British, acting under the Navigation Acts, seized three of his vessels. While in London (1771-1774), he rallied opposition there to English colonial policy.

Returning to South Carolina, he was successively president of the general committee, an executive body; of the provincial congress; and of the council of safety. He helped frame the first state constitution in 1776. Laurens was a delegate to the Continental Congress, where his acquaintances among Northern merchants established him as a leader. He was president of that body (1777-1778) while it was completing the Articles of Confederation, aiding General Washington at Valley Forge, and negotiating the French alliance. 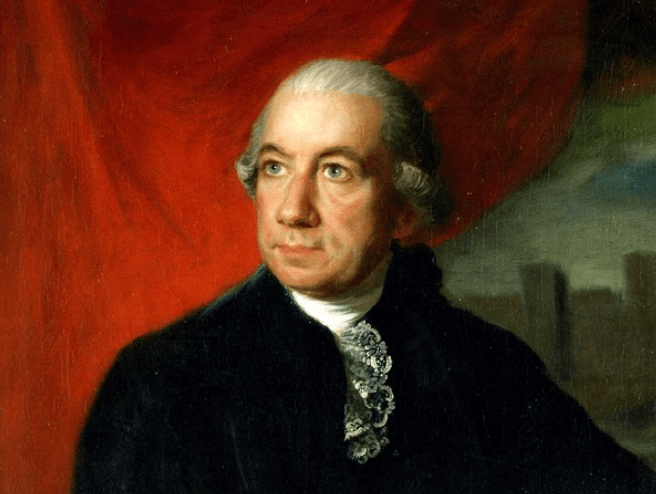 Henry Laurens was in the militia, like most able-bodied men of his day. He rose to the rank of lieutenant colonel in the war against the native Cherokees from 1751 to 1761, during the French and Indian War (also known as the Seven Years’ War ).

In 1757, he was first elected to the colonial assembly. Laurens was re-elected year after year except for one occasion until the Revolution replaced the assembly with a state convention as the interim government. The only year he was not elected was 1773, when he visited England to plan the education of his children. He was appointed to the Colonial Council in 1764 and 1768, but refused to accept both times. In 1772 he joined the American Philosophical Society of Philadelphia , and began corresponding with other members.

Before the Revolution of the Thirteen Colonies was imminent, Laurens supported reconciliation with the British Crown . However, when the situation became untenable, he became an ardent supporter of the revolutionary cause. As Carolina began to create a revolutionary government, Laurens was elected to the Provincial Congress, which first met on January 9, 1775. He was chairman of the Committee of Safety and presided over that congress from June to March 1776. When South Carolina established a completely independent government, assumed the position of vice president, which he would hold until June 27, 1777.

In the fall of 1779, Congress appointed Laurens ambassador to the Netherlands . In the early 1780s, he moved to that country and got the Dutch to support the United States during the Revolutionary War. But when he returned to Amsterdam shortly after, the British frigate HMS Vestal intercepted his ship, the Mercury , off the coast of Newfoundland . Although his belongings were thrown into the sea, the British recovered them and discovered the outline of a possible treaty between the United States and the Netherlands drawn up in 1778 in Aix-la-Chapelle by the American diplomat William Leeand the Amsterdam banker Jean de Neufville. This led to Great Britain declaring war on the United Provinces of the Netherlands , starting what would become known as the Fourth Anglo-Dutch War .

The British charged Laurens with treason, transported him to England, and imprisoned him in the Tower of London . He is the only American to have been held prisoner in the Tower. His compatriots protested his imprisonment; many prisoners were considered prisoners of war, and although the conditions were deplorable, the exchange of prisoners and the possibility of sending and receiving correspondence was common. During his time in prison, Laurens was assisted by Richard Oswald, his former business partner and principal owner of Bunce Island , a slave trading base nestled in the Sierra Leone River .. Oswald petitioned the British government for Laurens, and finally, on December 31, 1781, he was released and exchanged for General Charles Cornwallis , after which he was able to complete his journey to Amsterdam. There, he helped raise funds for the revolution.

Laurens’ eldest son, Colonel John Laurens , was killed in 1782 during the Battle of the Combahee River. He was one of the last victims of the War of the Thirteen Colonies. John was in favor of enlisting and then freeing slaves to fight in the war, and suggested to his father that he start with the 40 that the young man would eventually inherit. Likewise, he asked his father to free the family’s slaves, but despite his doubts, Henry Laurens never freed his 260 slaves.

In 1783, Laurens was sent to Paris as one of the peace commissioners for the negotiations that culminated in the signing of the Treaty of Paris . Although he was not one of the signatories of the main treaty, he was key in achieving the secondary agreements that resolved conflicts related to the Netherlands and Spain . Richard Oswald was the main negotiator for the British during the talks that preceded the signing of the treaty.

Laurens largely retired from public life in 1784. Although he was summoned to the Continental Congress, the Philadelphia Convention of 1787, and the state assembly, he turned down all three offers. He participated in the state convention of 1788, where he voted to ratify the United States Constitution.

Laurens undertook a mission to Holland but was captured at sea and committed to the Tower of London (1780-1781). After being exchanged for Lord Cornwallis, he served as one of the U. S. peace negotiators in Paris. Returning to the United States in 1784, he lived in Charleston and at nearby Mepkin plantation on the Cooper River, where he died on Dec. 8, 1792.