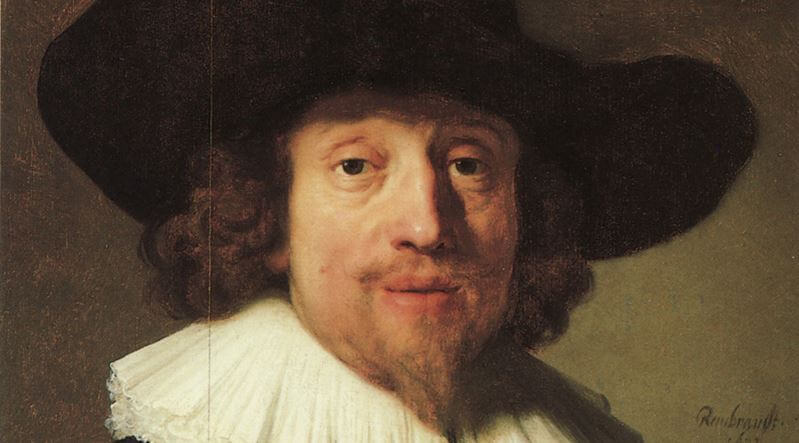 Heinrich Schütz (1585-1672), German composer, who was one of the great geniuses of 17th century German music and the most important precursor of Johann Sebastian Bach. Although famous primarily as a composer of religious music, he is also remembered for his Daphne (1627; now lost), the first German opera, and for some fine madrigals.

Schütz’ contributions to German music were enormous. He brilliantly translated and incorporated elements of the nuove musiche, or new music, of Italy into his own compositions, producing a superb synthesis of Italian and German styles without sacriflcing the spirit of the German tradition. Influenced by Giovanni Gabrieli, his teacher, and by Claudio Monteverdi, Schütz created splendid choral works in which the text was given heightened dramatic importance. Among his greatest compositions are Musikalische Exequien (1636), a requiem for soloists and choir; Christmas Oratorio (1664); and four magnificent Passions, written in his old age.

Schütz was born in Köstritz, Saxony, on Oct. 8, 1585. He was admitted to the chapel of Kassel as a choirboy in 1599. The Landgrave Moritz of Hesse-Kassel saw to his education, and in 1608, Schütz went to the University of Marburg to study law. However, he was more interested in music, and in 1609, sponsored by the Landgrave, he traveled to Venice, where he studied under Giovanni Gabrieli until 1612.

Schütz returned to Germany in 1613 and after serving as court organist in Kassel, went to Dresden. There, in 1617, he became conductor of the electoral chapel, a post he held, with sporadic interruptions, thereafter. Schütz revisited Venice in 1628. From 1633 to 1635 he served as court conductor in Copenhagen, returning in the same capacity in 1637-1638 and 1642-1645. Although Schütz repeatedly asked to be relieved of his post in Dresden, his resignation was never accepted. He died in Dresden on Nov. 6, 1672.