Hay Fever; is an allergic reaction to the pollen of certain plants, especially grasses, trees, and weeds. Hay fever affects 5% to 10% of the population of the United States and occurs somewhat less commonly in other regions of the world. Although hay fever may occur at almost any age, it is most often recognized in older children and young adults.

The type of sensitivity that produces hay fever is the same as that which causes eczema, asthma, and similar allergic reactions, and individuals affected by hay fever often also suffer from these other disorders. Susceptibility to hay fever appears to depend on hereditary factors, and there is usually a history of hay fever or other allergies in the patient’s family. 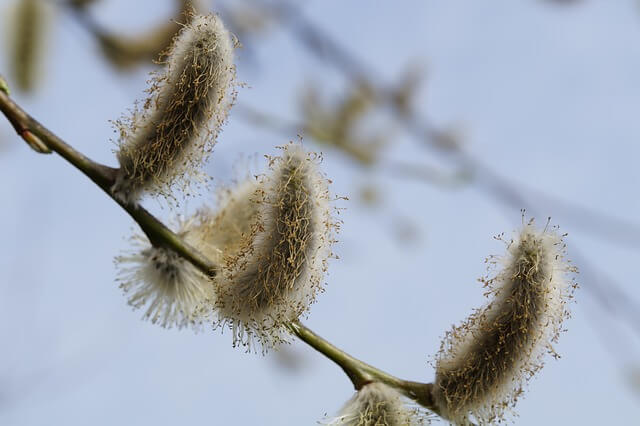 The propagation of many higher plants involves cross-fertilization, the process in which pollen from one plant is transferred to another plant of the same species. This transfer, called pollination, is most often accomplished by insects or wind currents. Plants pollinated by insects usually have showy, often fragrant flowers that produce relatively small amounts of heavy, sticky pollen. Such plants, which include roses and goldenrod, are rarely causes of hay fever. Plants that depend on the wind for pollination usually have small, inconspicuous flowers that produce large quantities of light, buoyant pollen that may be carried for miles. It is these windborne pollens that are most important in producing hay fever. In the United States and southern Canada most of the common trees, virtually all the grasses, and many of the weeds produce windborne pollens.

Among the most common plants responsible for causing hay fever are ragweed, sage, Russian thistle, maples, oaks, and poplars. In regions where ragweed is abundant, about 75% of the people with hay fever are allergic to its pollen.

In people with hay fever, exposure to the causative pollen elicits the release of histamine and possibly other active substances into the body fluids, and it is these substances that produce the hay fever symptoms.

The most characteristic symptom of hay fever is sneezing, usually several sneezes in succession. Other common symptoms include nasal congestion and discharge, and watering, redness, and itching of the eyes. In severe cases, coughing, wheezing, and difficulty in breathing may occur. Despite the name of the allergy, fever is not a common symptom.

A diagnosis of hay fever is suspected whenever a person suffers the seasonal occurrence of the characteristic symptoms. To confirm the diagnosis and identify the specific pollen, minute quantities of suspected pollens are applied to the person’s skin either by scratching or puncture. If the skin is scratched, the test is called a scratch test, and if the skin is punctured, it is called an intracutaneous test. 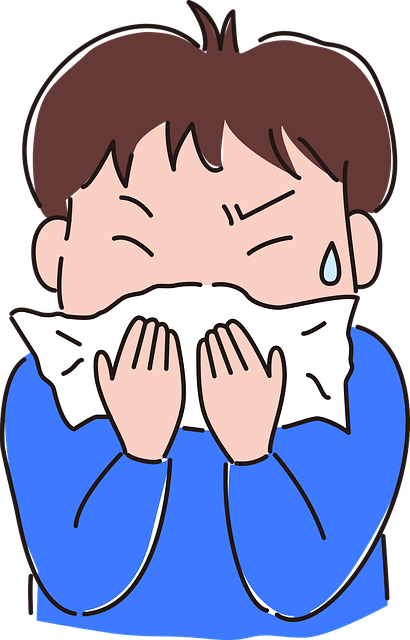 The treatment of hay fever entails avoidance of the causative pollens, administration of drugs that temporarily inhibit the allergic reaction, and attempts to desensitize the patient. Exposure to the pollen may be decreased through the use of air conditioners or mechanical or electrostatic air filters. In severe cases, the patient may temporarily change his residence during the time of year when the causative pollen is abundant. Among the most important drugs that partially or completely inhibit the allergic reaction are the antihistamines. These drugs block the actions of histamine on the body tissues.

Desensitization is the only form of treatment that offers the patient the possibility of lasting relief. The desensitization process consists of a series of injections of carefully graded doses of an extract of the causative pollen. As the quantity of the extract is increased, the patient’s allergic reaction becomes milder. The injections usually begin two to three months before the hay fever symptoms are expected to appear and continue throughout the season at intervals of about a week. They are then continued for several years. Attempts to shorten the course of treatment have not given satisfactory results.