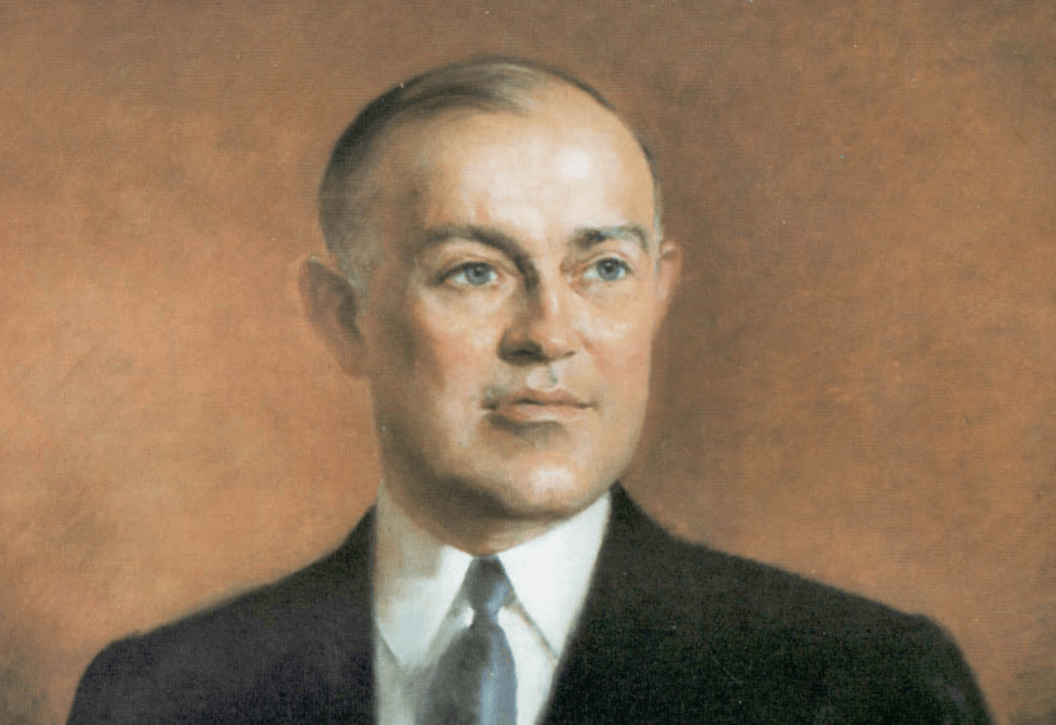 Harry Hines Woodring; American banker and political leader: b. Elk City, Kans., May 31, 1890; d. Topeka, Sept. 9, 1967. After 23 years in the banking business in Neodesha, Kans., interrupted by service in the U.S. Army Tank Corps in World War I, he sold his interests in 1929 and entered politics as a Democrat.

As governor, from 1931 to 1933, of usually Republican Kansas, Woodring opposed capital punishment, supported economies in government, and endeavored to reduce public utility rates. Woodring was unsuccessful in his bid for reelection in 1932, but as an early backer of Franklin D. Roosevelt’s presidential candidacy, he was appointed assistant secretary of war by Roosevelt on April 6, 1933. After the death of Secretary of War George Henry Dern, Woodring succeeded to the cabinet post on Sept. 25, 1936. As secretary of war, he sought to strengthen the Army, particularly its air arm, and strongly urged American preparedness, but was opposed to involvement in distant conflicts. This position of nonintervention brought him into disagreement with certain policies of the Roosevelt administration after World War II started, and on June 20, 1940, he resigned from the cabinet. He subsequently engaged in politics in Kansas, running unsuccessfully for governor in 1946 and for the Democratic nomination for governor in 1956.