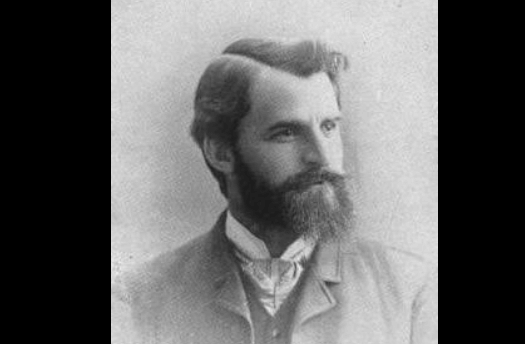 Hamlin Garland; (1860-1940), American writer, who is best known for stories of the harsh life on Midwestern farms. Hannibal Hamlin Garland was born near West Salem, Wis., on Sept. 14, 1860. After living on farms in Iowa and the Dakotas, he went to Boston in 1884. There he was influenced by Herbert Spencer’s evolutionary theories, William Dean Howells’ concepts of realism, and Henry George’s “single tax” ideas. In his literary manifesto, Crumbling Idols (1894), Garland called for a break with tradition and the development of a distinctively American literature. He invented the term “veritism” to describe a subjective type of realism that, although more severe than Howells’, avoided the “perversities” of Zola’s naturalism.

Garland’s fiction showed his concern for economic oppression, physical hardship, and emotional exhaustion. His first collection, Main-Travelled Roads (1891), remains his most important book. It includes the classic story Under the Lion’s Paw, which tells of a farmer who works diligently to improve his land, only to have his rent raised outrageously by his landlord. Later collections include Prairie Folks (1893) and Wayside Courtships (1897), which together form Other Main-Travelled Roads (1910).

In such works as Jason Edwards: An Average Man (1892), Garland used the novel to advocate social, political, and economic reform. In Rose of Dutcher’s Coolly (1895), he dramatized the stultifying effects of farm life on a sensitive girl. Latent romanticism surfaced in his later works. His plots became increasingly melodramatic, and he abandoned his unsparing realism. But his social concern continued in The Captain of the Gray Horse Troop (1902), on the treatment of the Indians, and in Cavanagh, Forest Ranger (1910), on conservation.