For centuries grouse have been carefully preserved as game birds, to provide men with sport for shooting. They are all plump birds, very roughly the shape of a domestic chicken, and differ from pheasants in having feathered legs and shorter tails.

The red grouse is found only in the British Isles, being most common in Scotland. It prefers to live on high moors or lower boggy places where there is heather. The plumage is mainly a dark reddish brown, but the leg feathers are white and there is a fleshy red part called a wattle over each eye. These birds are strong fliers and when they rise cackling from the ground they make a loud whirring noise with their wings before gliding quietly out of sight again. Between 6 and 11 eggs are laid in a hollow in the ground. They are yellowish white with many dark blotches, and can be found in April or May. 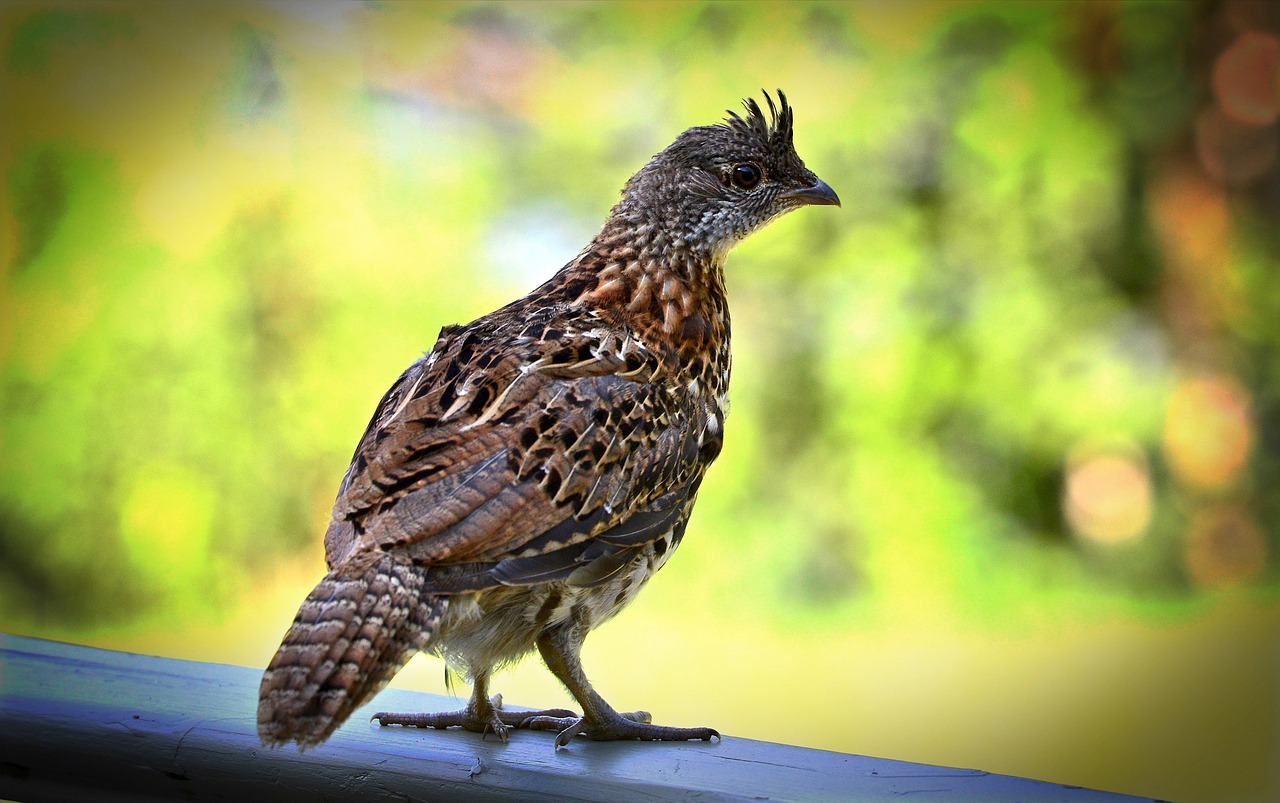 The black grouse used to live in most parts of Britain where there were heaths, but is now found only in Scotland and in some parts of Wales and of the west and north of England. It also occurs in many other parts of Europe and in Asia. The male, which is called a blackcock, is very handsome with glossy black plumage, a white line on the wing, a bright red wattle and a forked tail which curves outwards on each side. The hen, called a greyhen, is really brown marked with black, and her forked tail is not such a beautiful shape as that of the cock.

At the beginning of the breeding season, very early in the morning just as dawn is breaking, the blackcocks collect together at special places called “leks” to show off their beauty to the hens. They puff themselves out, spread out their tails widely to show the white feathers underneath, trail their wings, run to and fro and make little jumps into the air. They also make as if to attack each other by darting forward, but real fights hardly ever take place. The males make a crowing note and also a series of bubbling notes, called “rookooing”. The hens usually stand a short distance away, apparently taking little notice of what goes on. However, a blackcock is sometimes found to have several mates, each with as many as ten eggs with yellowish markings.

The ptarmigan, another member of the grouse family, is a bird of the high mountains, and in winter it is practically white all over to match the snow. Even in summer it has white wings and underparts, although the rest of the plumage is dark brown in the male and yellowish in the female. In the British Isles the ptarmigan lives only in Scotland, but it is a found on the continent of Europe and in A and North America. 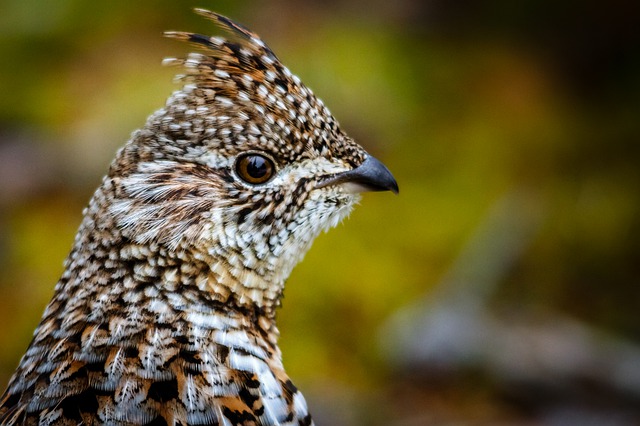 North America has a number of different kinds of grouse, the best known of which is the ruffed grouse of the woodlands. The sharp-tailed grouse, which lives among brushwood, is often called the prairie chicken, but this name rightly belongs to the pinnated grouse which lives on the open prairies. When displaying at the lek, the male pinnated grouse can blow up two brightly coloured bags, one on each side of its head.