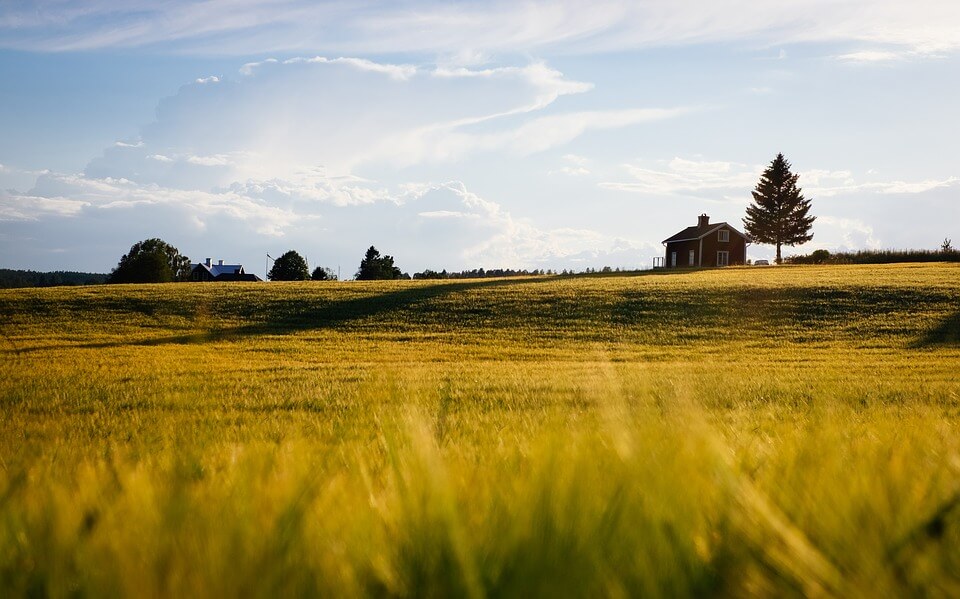 Grassland; is often taken for granted because grass is so common. Although people realize that wheat and potatoes are crops, they do not think of grass and all the plants that grow with it as being a crop. In fact, it is a very important one, for without it the food that we eat and the clothes that we wear would be very different.

A pasture field or a lawn is hardly ever “just grass”. Even a small patch of grassland contains clovers and a great variety of other plants besides the grasses, and all together they are called a sward. In any ordinary pasture there are often many different grasses, so there may be as many as 30 or 40 species, or kinds, of plants under your feet when you walk across it. Even on the best kept lawn there are probably a dozen different species. Most of them are grasses, but anybody who has tried knows how diffıcult it is to keep out clovers and the many weeds that in vade a lawn.

It has been discovered that some of the plants in a pasture are far better than others for feeding animals. A farmer always tries, therefore, to have pastures with as many as possible of the good foods in them and as few as possible of the poor foods.

The grass crop is the world’s most important single crop, and grassland takes up far more of the world’s space than all other crops put together. Grass grows in climates that vary from that of the hot tropics to that of the cold northerly regions, and at levels varying from sea level to high up in the mountains. This means that animals can be reared in a great variety of climates and at many different altitudes, or heights above sea level. In Great Britain grassland takes up about three-quarters of the land surface of the country and great numbers of cattle and sheep are kept. Between them they supply much of our food and clothing—meat, milk, butter, cheese and wool.

Besides producing food and clothing, grassland is important because it helps to keep the soil fertile. First, a good cover of grass is one of the best ways of preventing the soil from being blown away by high winds, and grass is sometimes planted especially for this reason. Secondly, the roots of a grassy sward provide material which, when it has rotted in the soil, makes food for arable crops such as wheat or potatoes.

For this reason farmers in many parts of the world grow what is known as a “ley” on their cultivated land. To produce a ley the farmer sows a mixture of seeds made up of several varieties of grass and several of clover. He puts fertilizer on the soil and treats the land with as much care as if he were growing a crop to sell. After three or four years he will plough up the ley and use the land once more for arable crops, which will benefit greatly from the period the land spent under grass.

In Great Britain there are three main types of grassland : permanent grassland; leys, or temporary grassland; and rough grazing land. Even the permanent grassland is not all good pasture. This is true of most of the European grasslands as well as some in New Zealand, Victoria (Australia), British Columbia (Canada) and other areas on the Pacific coast of North America.

By proper treatment, however, even poor grassland can be made almost as good as the best. To do this fertilizers have to be used in large quantities, especially those that contain lime, phosphates and potash. The best way of improving poor grassland is to plough it up, apply fertilizers to the soil and then sow it again with good seeds of the grasses and clovers that grow best on that particular type of soil.

On ordinary pasture in England the grazing season, or the period during which animals can get enough food from the pastures, lasts from about mid-May to mid-September. After this the grass becomes too poor. Animals grazing on rich leys, however, can stay outside much longer, from early April to mid-November. This pleases the farmer, for grazing animals cost him less than animals kept in the farm buildings. Scientific experiments with different types of pasture plants show that an even longer grazing season is possible. Indeed, it may soon be possible to breed such good plants that cattle will be able to stay out in the pastures all the round in areas where the climate is warm enough to permit this, such as the southern half of England. It is thought that they will be able to get all their food from the pasture and will not need extra food such as hay or oil cake

Haymaking is the old way of preserving grass to feed cattle in winter. It is difficult to make good hay if the weather is bad during the hay harvest, so other methods of preserving the grass crop are now used. One is known as ensilage and in this method the crop is stored while it is still green. Another is to dry the grass in special hot-air driers. There is no hay without grass, however, and without grass our lives would be entirely different.