What is Gold Rush? History of Gold Rush, Information and Gold Rush Facts. When did the gold rush end and why?

For many people the words “Gold Rush” mean the rush of people to the area round the Klondike River in the Yukon Territory of northwestern Canada, after gold had been found there in 1896. Actually this was only one—and one of the latest—of several similar attempts to find fortunes in gold or diamonds. It is explained first in this article, however, because the courage people showed in reaching and working in such a remote and freezingly cold region made it the most spectacular of these attempts.

In the summer of 1896 a Red Indian hunter called Skookum Jim discovered gold in a stretch of water about 24 feet wide named Bonanza Creek. Some gold had already been found m other parts of the Yukon area, but this find was richer than any of the earlier ones. Within eight days Skookum Jim and two relatives took about 80 ounces of gold from the muddy waters of the creek which flowed through a marshy valley into the Klondike River. 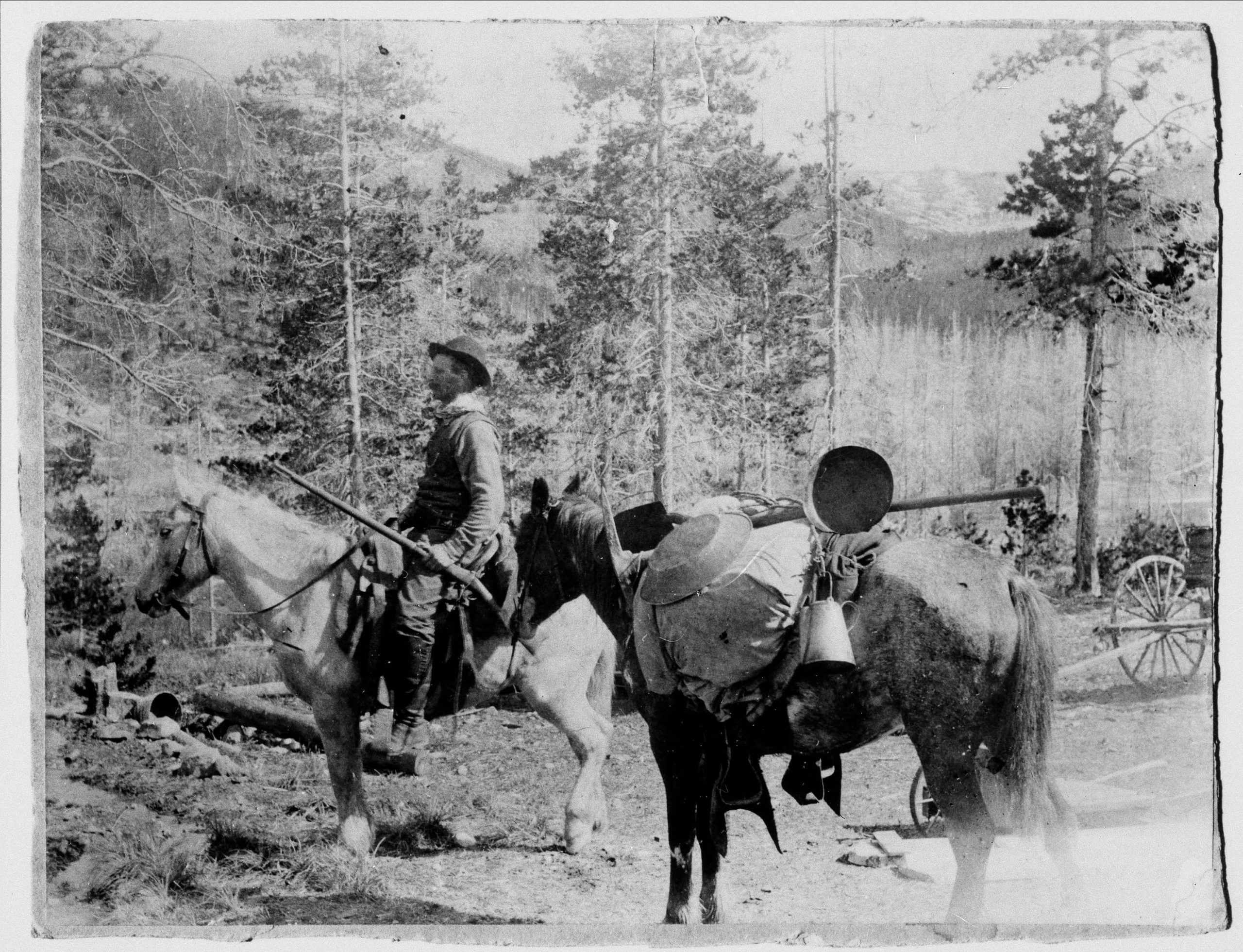 Miners working on other sites in the neighbourhood hurried to the scene, where they found more rich deposits of gold in a stream flowing into Bonanza Creek, and elsewhere. These first-comers made great fortunes and as yet there were only a few hundred searchers.

The news spread southwards, however, and by midsummer 1897 a new town called Dawson or Dawson City was housing 4,000 people in log cabins. A year later Dawson’s population was increased by many thousands of fresh adventurers—ranchers, labourers, clerks, miners, business and professional men—who arrived from various parts of Canada and the United States. These thousands were the survivors of countless others stranded on the rough tracks or in the gambling dens of Skagway and other small towns that had grown up like mushrooms along the tracks leading northwards.

When this great rush of people reached the Klondike in 1898 gold was not being found in new areas, but it was beginning to be dug from the ground. Earlier it had all been “panned“, or taken out of the rivers by people using something rather like a frying pan which they dipped into the water and at each dipping took up water, stones and—they hoped—gold. More than 30,000 people were living in and around Dawson at the height of the gold rush, many of them in houseboats moored along the river bank.

A year later, however, the great rush came to an end, the population of Dawson began to dwindle and the Klondike workings were left to people and companies with sufficient money to use machines for mining gold. By 1910 most of the people had left, and in 1951 Dawson had a population of only 783.

Many years before the Klondike gold rush took place, Brazil was the scene of a great search for gold. The first attempts to find the coveted gold there were made at the end of the 17th century. Adventurers continued to go into the almost unknown heart of this country until the 19th century, and helped to build up the prosperity and population of modern Brazil.

During the 19th century various gold rushes followed one after the other in the remote wilds of Siberia. They opened up parts of this desolate country but left no towns behind them when the gold was exhausted.

In 1848 gold was discovered in California, United States, and this led to one of the most sensational of the world’s gold rushes. Many of the inhabitants of San Francisco went after the gold, and people flocked into the “Golden State“, as California was called, even from beyond the seas. Many died of starvation or disease because they lived in badly overcrowded conditions. The most famous year, 1849, remembered in the song “Clementine”, and theminers of that year were called “forty-niners“. 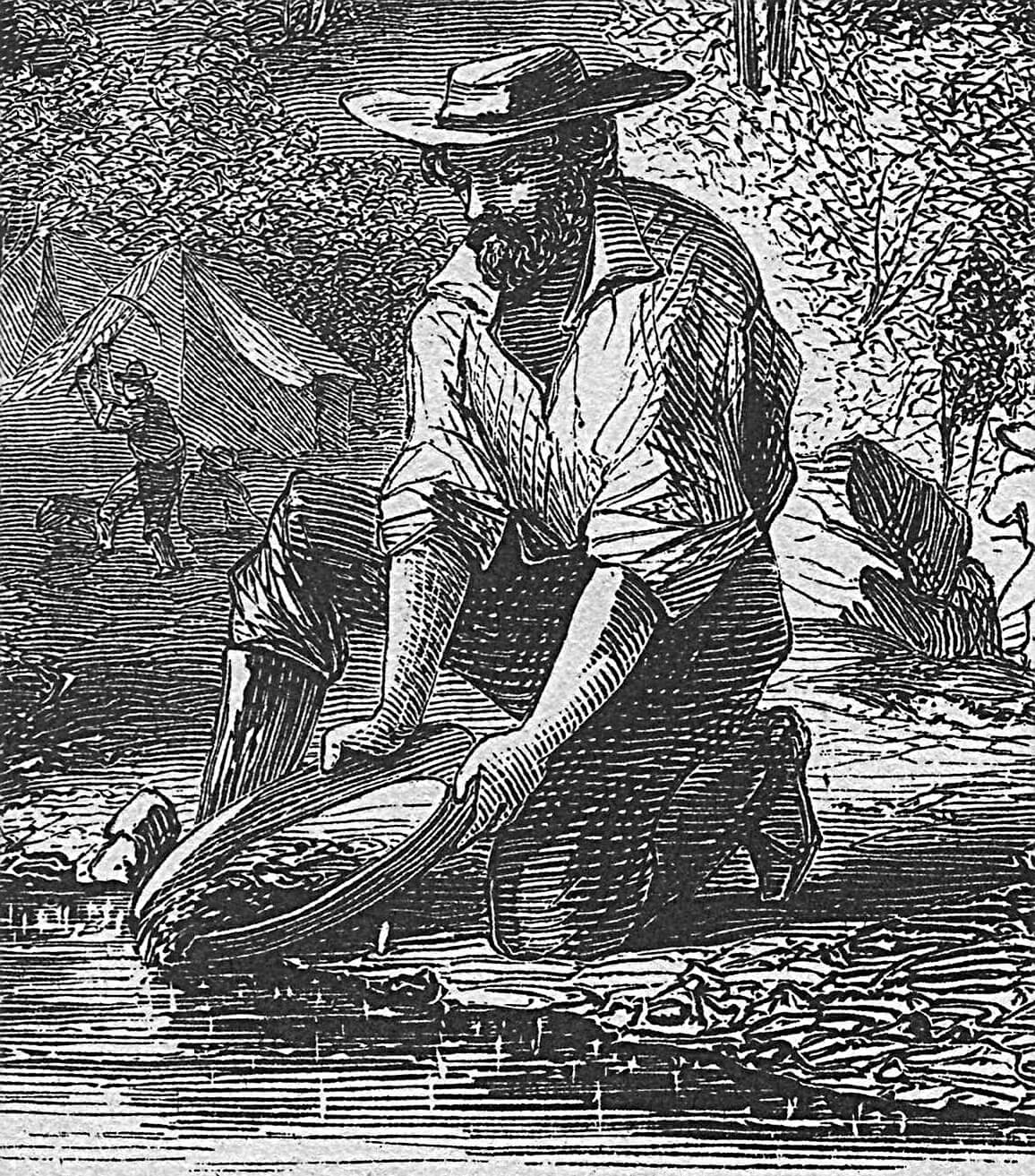 In 1858 gold was discovered on the Fraser River in British Columbia, Canada, and there was another great rush of miners.

An Australian who had taken part in the Californian gold rush, Edward Hammond Hargraves, returned to Australia and in 1851 found gold in a creek near Bathurst, New South Wales. He and two youths explored stretches of the Macquarie River and found gold there and in other parts of the colony. At last Hargraves reported his finds to the government of New South Wales, and Australia’s first gold rush followed. The area round Ballarat and Bendigo, in the neighbouring colony of Victoria, had richer stores of gold, however, and the search soon spread there. During the next 40 years the rush for gold went through Queensland, Western Australia and several other parts of Australia.

In South Africa gold was found in the Transvaal in the early 1880s and the South African gold mines, spread round the city of Johannesburg, are still among the world’s richest. The period of gold rushes was over by the end of the 19th century, and the rough workings of the early miners have been replaced by the machinery of large companies.