What are the types of Goiter disease? Information on goiter symptoms, causes and treatment. 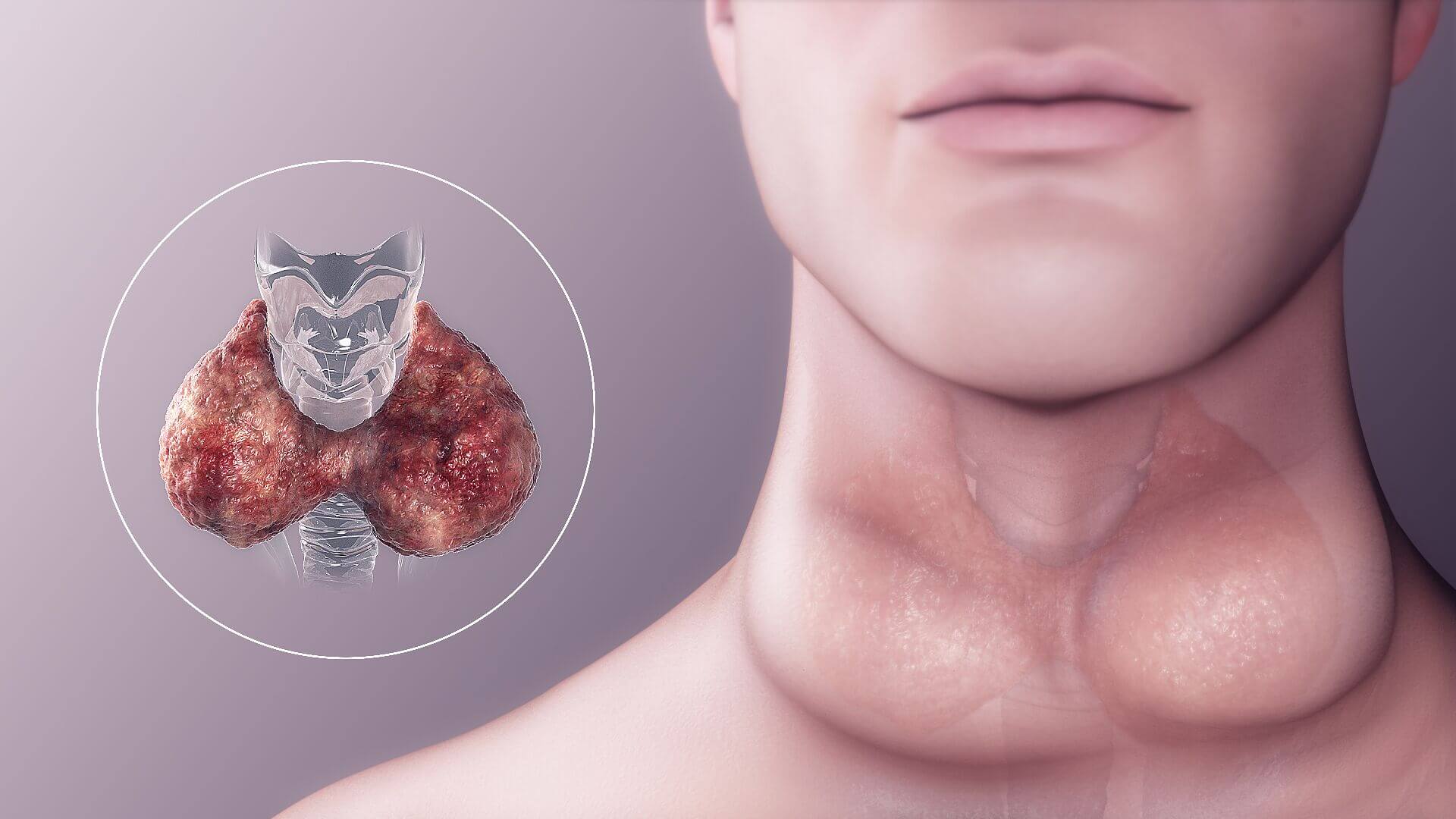 The formation of a goiter can best be understood in relation to the body’s iodine cycle, a series of chemical steps that results in the production of the thyroid hormone thyroxine. When food containing iodine is eaten, the iodine generally is reduced to iodide before being absorbed from the gastrointestinal tract. The iodide is carried by the bloodstream to the thyroid gland, where it is trapped and oxidized to iodine. This iodine is tacked onto molecules of tyrosine, an amino acid present in huge proteins called thyroglubulin. Within this huge protein, two iodinated tyrosine units are condensed to form thyroxine. Thyroglubulin, with its thyroxine, is stored in the thyroid gland until the thyroxine is needed by the body. Then the thyroglobulin is hydrolyzed, or split, and the thyroxine released into the bloodstream.

Most, if not all, of these steps in the iodine cycle are carried out under the direction of a hormone called thyroid stimulating hormone (TSH). This hormone is produced by the pituitary gland, a small gland at the base of the brain. When any of the iodine cycle reactions is blocked, the amount of thyroxine produced is decreased, and through a negative feedback mechanism the pituitary gland is stimulated to secrete more TSH. As a result of the increased TSH, the thyroid gland enlarges in an effort to produce more thyroxine. This growth of the thyroid gland results in a goiter.

The most common type of goiter occurs when one’s diet is deficient in iodine, thus curtailing the manufacture of thyroxine. This type of goiter, known as endemic goiter, occurs mostly in areas where the food and water are naturally poor in iodine, notably inland areas and mountainous regions far from bodies of salt water. Such goiters can be prevented by the use of iodized salt and by the administration of small doses of iodine to children.

Other forms of goiter occur when different stages in the iodine cycle are affected. Goiter occurs in hyperthyroidism, cretinism, and thyroiditis, and in adolescent females. Sometimes a goiter is caused by the ingestion of large amounts of cabbage, kale, turnips, and other plants of the genus Brassica. These plants contain thiocarbamide, a substance that inhibits the formation of thyroxine. Still other types of goiter result from a lack of the enzymes necessary to catalyze various steps of the iodine cycle. These enzyme deficiencies are genetic. 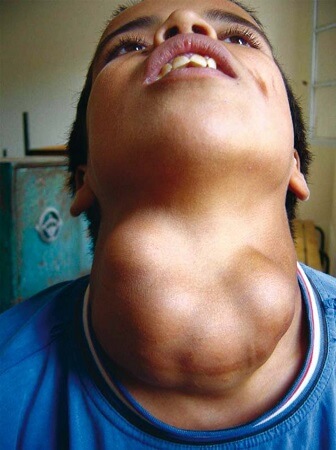 In many cases, the administration of thyroid hormone may cause a partial regression of a goiter and also relieve any symptoms of hypothyroidism that may be present. Such symptoms include fatigue, coldness, joint pains, and hoarseness. In cases where the goiter has become so large that it presses on the windpipe and affects the person’s breathing, it is usually necessary to remove the thyroid gland.