George Inness (1825-1894), American landscape painter, who was the earliest and the most important American painter to show the influence of the French Barbizon school and was largely responsible for introducing its style in the United States. 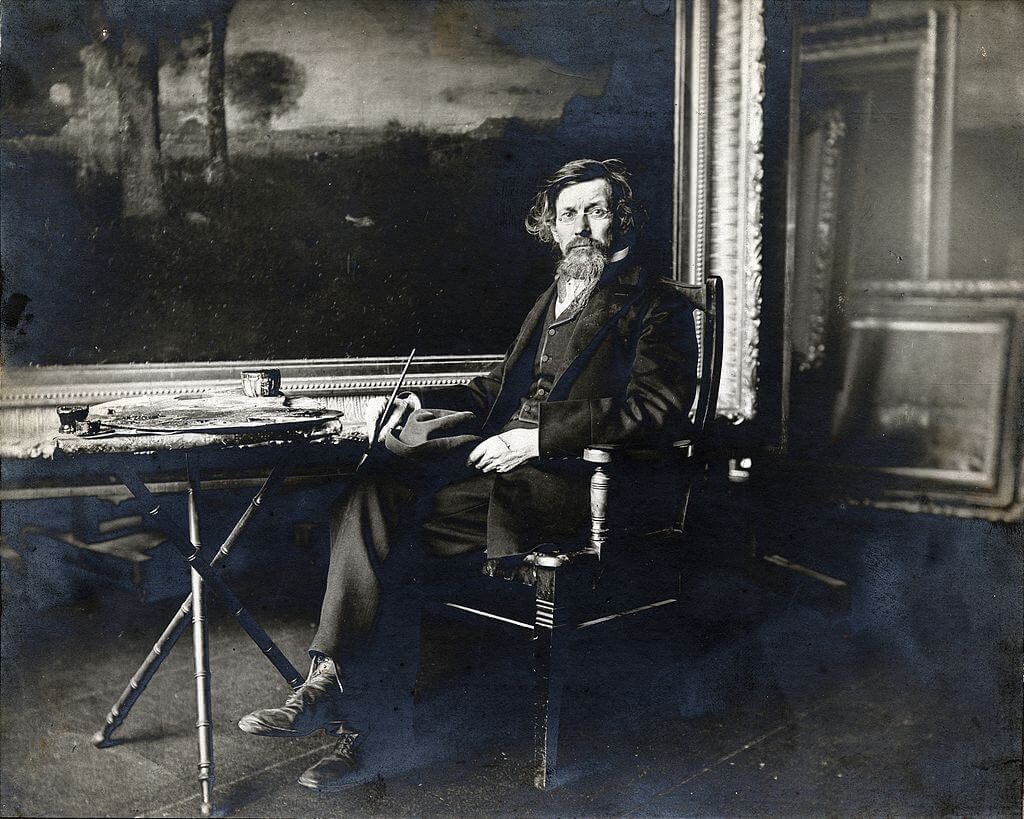 Inness was born near Newburgh, N. Y., on May 1, 1825. He had little formal academic or artistic training because he was a victim of epilepsy, a disease that disrupted his activity during his entire life. Until the early 1850’s, he was influenced by 17th century landscape painting. He visited Europe in 1850-1851 and again in 1854. On the second trip, to Paris, he came under the influence of the Barbizon painters. He made two more trips to Europe—in 1870 and in 1894. In the last, undertaken for his health, he died at Bridge of Allan, Scotland, on Aug. 3, 1894.

Inness’ art developed slowly through a number of stages and did not achieve its greatest power until the last decade of his life. During the 1850’s he imitated the style of the Barbizon school, but during the 1860’s his art became more personal and expressive, as in his Peace and Plenty (1865; Metropolitan Museum of Art, New York City). Only after the middle 1880’s did he develop the softly atmospheric and quite abstract style by which he is best known, as, for example, in Home of the Heron (1893; Art Institute of Chicago).

Inness was given to temperamental, eccentric behavior and had a mystical personality. Although these characteristics partly delayed his financial success, his style was even a greater impediment. Its intimacy and poetic suggestiveness were directly opposed to the taste for grandiose, panoramic landscapes that prevailed in the 1870’s, and it was not until this preference subsided that Inness’ more delicate sophisticated art could be appreciated. Inness had no important pupils, but he exerted considerable influence on a number of younger artists, including Homer Martin, J. Francis Murphy, and Dwight Tryon, who made Inness’ style the dominant mode of American landscape painting in the late 19th century.