General information about the Cordaitals, the name given to an extinct group of trees. What are the characteristics of the cordials? What does it look like? 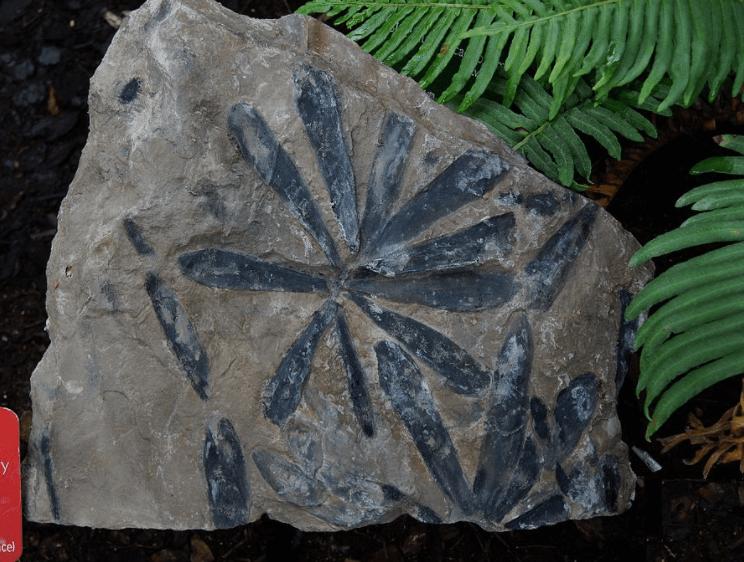 Cordaitales; a large order of extinct trees that were similar in many respects to modern conifers. They were generally large trees with extensive branching systems and large amounts of wood. Their leaves were simple (undivided) and sessile (not stalked), and their pollen-and-seed-bearing structures were borne on slender stems at the distal parts of the tree.

The cordaitaleans probably fîrst appeared early in the Carboniferous period, about 400 million years ago, although it is possible that they may have evolved earlier. They reached their maximum development in the late Carboniferous and Permian periods, fronı about 300 million to 230 million years ago. The existence of cordaitaleans after the Permian—in the Mesozoic era—is open to question. Wood fragments and leaves bearing some resemblance to those of the cordaitaleans have been found in early Mesozoic rocks, but these specimens do not demonstrate conclusively that cordaitaleans were present in the Mesozoic era.

The Cordaitales are divided into three families: the Pityaceae, the Poroxylaceae, and the Cordaitaceae. The status of the first two families, however, is stili uncertain. Trees of the family Pityaceae are known to have had a great deal of secondary wood. In the forms where foliage is known to have existed, the leaves were pointed. Although certain specimens of woody stems were once assigned to this family, they have since been found to be more fernlike in their mode of reproduction. The Poroxylaceae is a small family of trees of which only fossil stems have been found. Specimens of certain strap-shaped leaves are believed to have belonged to these trees, but they have never been found actually attached to the stems and may belong to plants of other groups.

The largest and best-known family is the Cordaitaceae. Trees of this group may have reached heights of 100 feet (30 meters), and they had trunks 3 feet (1 meter) in diameter near the base. inside the stem was a core of pith tissue characterized by partitions of tissue separated by air spaces. The primary wood tissue was arranged in small bundles at the periphery of the pith, similar to the wood structure of modern conifers. Surrounding the primary wood was dense secondary wood tissue.

The leaves of the Cordaitaceae were generally strap-shaped, but some were almost grasslike, while others were more nearly spatula-shaped. They varied greatly in length among different species. The veins in the leaves were closely spaced and appear to be parallel but actually were branched, with branches running parallel to each other.

The fruiting structure, called a cordaianthus of the Cordaitaceae, was a small budlike body. These bodies were borne in two rows in the axils (leaf angles) of slender, pointed leaves. They bore helically arranged scales on a short stem. The end scales of some bore pollen sacs, while the end scales of others bore ovules. The seeds had two coats, a soft outer coat and a hard inner one. Some seeds apparently had winglike structures and were dispersed by the wind.