In the field of legal philosophy, Savigny is considered by many the founder or at least the leading exponent of the “historical school” of jurisprudence. Early in 1814, Anton Friedrich Justus Thibaut, a professor of law at Heidelberg, ad advocated the codification of German law, both as a means of rationalizing the law and of bringing the German states closer together. Other writers suggested adopting already existing codes, such as those of France, Austria, or even Prussia. Savigny attacked all these proposals. 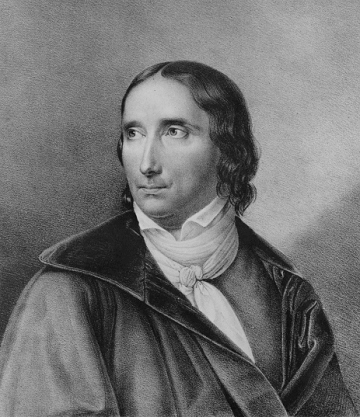 He denounced the current theories of rationalism, which assumed the possibility of deducing legal theories from general and universal principles, irrespective of past history and national peculiarities. Savigny contended that law is an expression of the common consciousness of the people or Volksgeist, in just the same way as their language and constitution are. Law, he argued, can grow only organically and almost unconsciously, and not by means of formal rational legislation. His attack on codification was so successful that Germany did not get a civil code until 1900.

As part of his thesis, Savigny emphasized the importance of knowing and understanding the history of law. His works included a standard history of Roman law in the Middle Ages, Geschichte des römischen Rechts im Mittelalter (6 vols., 1815-1831). This was of immense importance as the first “modern” history of the subject using the now standard critical techniques, based on a vast amount of research into primary sources. It can largely be credited with creating a group of scholars interested in legal history.

Possibly Savigny’s other most important work was his System of Modern Roman Law (8 vols., 1840-1849), a detailed and scholarly analysis of Roman law as developed in Europe. Most modern scholarship in the field is indebted to it.

In Germany, Savigny’s influence on law teaching was immense. He had a hand in founding one university, Berlin, and advising on the improvement of others, such as Heidelberg. The fact that a man of his aristocratic background had entered the teaching profession and fought for its advance had an important impact in a country as conscious of aristocracy as Germany was at the time. He died in Berlin on Oct. 25, 1861.