1st Duke of Schomberg (December 1615 or January 1616 – 11 July 1690), European soldier, who died at the Battle of the Boyne. Friedrich Hermann, the future duke of Schömberg, was born in Heidelberg, Germany, on Dec. 6, 1615, the son of an official at the court of the Elector Palatine. His mother was the daughter of an English lord. 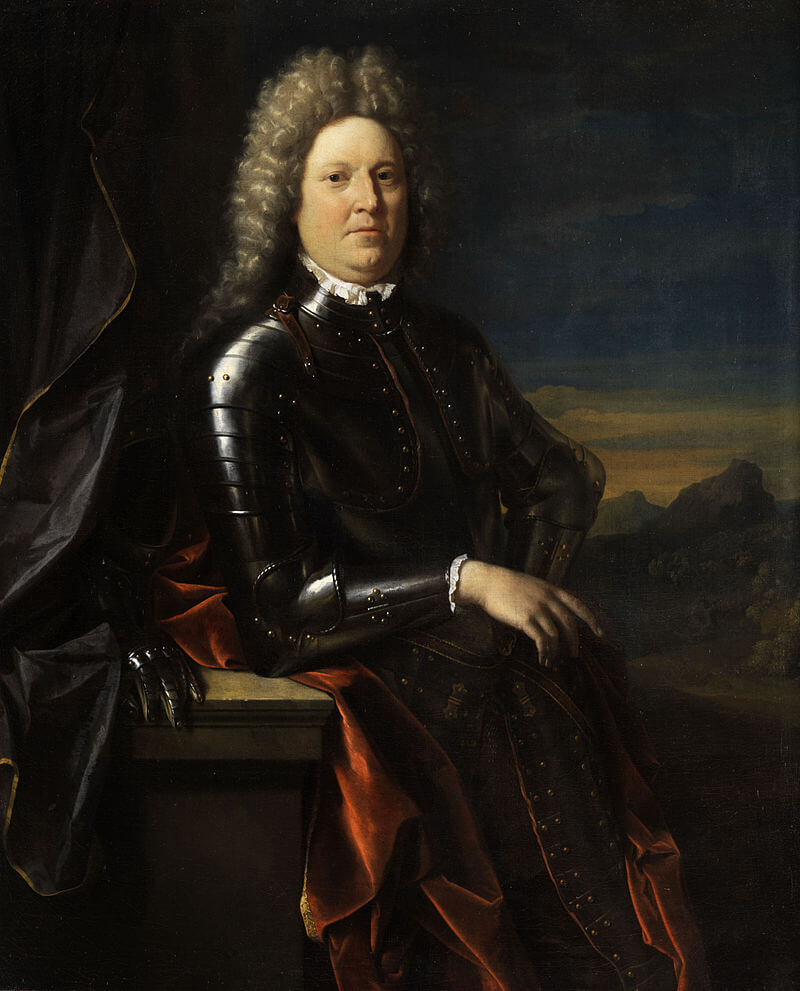 He was educated in Sedan, Paris, and Leiden. He served under Prince Frederick Henry of Orange (1633) in the Thirty Years’ War, and he subsequently fought with the Swedish Armv in Germany (1634), the Dutch Army (1639-1650), the French Army (after 1650), and the Portuguese Army (166Ö-1668). He was naturalized in France in 1668 and became a French marshal in 1675. A Protestant, he was forced to leave France after the revocation of the Edict of Nantes in 1685 and attached himself to the court of Frederick William, Elector of Brandenburg.

He commanded a Prussian force sent to aid William of Orange in 1688 and went to England with William during the Glorious Bevolution that overthrew James II. Made duke of Schömberg and an English citizen in 1689, he was sent to Ireland in August of that year to command the troops fighting the deposed James. William crossed to Ireland in 1690, and he and Schömberg moved against the Catholics. In the fateful Battle of the Boyne on July 12, 1690, in which the Catholics were routed, Schömberg was killed by Irish cavalry.