Frédéric Chopin Musical Style; Chopin’s piano compositions created something approaching a revolution in writing for that instrument, although like most revolutions it was heralded by signs and portents. Early composers for the pianoforte, notably Johann Christian Bach and Mozart, had written cantabile passages and movements for the instrument, but they concealed its inability to sustain tone by the old harpsichord and clavichord device of ornamenting a note instead of sustaining it. The composers of the generation after Mozart —above all J. N. Hummel and John Field—were more ingenious in exploiting the pianoforte’s sonority, but it remained for Chopin to invent “melodies that would be actually ineffective if sung or played on an instrument capable of sustaining tone but which, picked out in percussive points of sound each beginning to die as soon as born, are enchanting and give an illusion of singing that is often lovelier than singing itself” (G. Abraham, A Hundred Years of Music).

Chopin’s pseudosinging melodies were strongly influenced by the Italian opera arias of his day, but instead of imitating opera melody he stylized it. His delicate ornamentation—more plastic than that in most earlier piano music—is a stylization of vocal coloratura, not a copy of it. Vocal portamento, for instance, is transmuted into chromatic scale. In the mature Chopin, ornamentation is not something added to the melodic line but an indispensable part of it; one cannot distinguish between melodic substance and decoration.

Who Is Frédéric Chopin?

The supporting background of Chopin’s melody is similarly plastic and even more specifically pianistic. Its most obvious feature is the wide spread of the left hand, whose range is so greatly extended beyond the ordinary octave or tenth of classical figuration that the resulting sonority is qualitatively new. Moreover, Chopin’s widespread arpeggios are seldom merely broken chords. Their chordal basis is veiled and diversified by nonessential, often chromatic, notes. They sometimes embody melodic lines and thus produce what has been called “singing figuration.” Above all, Chopin frequently disguises and diversifies the clear tonal chords and modulation schemes of classical arpeggios with shifting harmonics and subtle chromatic progressions. Indeed such harmonic conceptions frequently seem to have been the starting point of Chopin’s thoughts, and they constitute perhaps the most individual and important feature of his style. 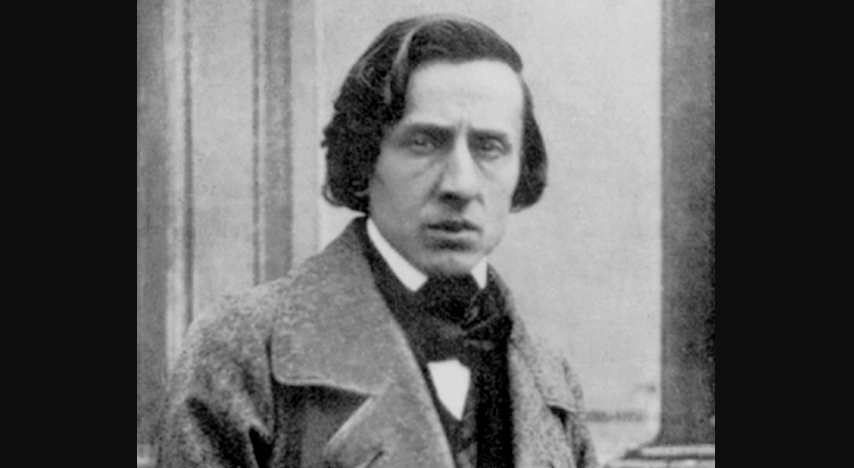 It is often said that Chopin was not a master of large-scale musical architecture. Nevertheless the two piano concertos—Concerto in F Minor, called No. 2 (Opus 21, 1829) and Concerto in E Minor, called No. 1 (Opus 11, 1830)—are by no means as conventional or as feebly orchestrated as it is sometimes asserted. Furthermore, the three mature sonatas—B-Flat Minor (Opus 35, 1839) and B Minor (Opus 58, 1844) for piano, and G Minor for piano and cello (Opus 65, 1845-1846)—not only contain a great deal of fine music but are marked by such ingenuities in construction as the reentry of the second subject as the climax of the development section of the B-Flat Minor Sonata. Of the larger single-movement works, the scherzos and impromptus are little more than skillfully expanded ternary structures, but the ballades and such later works as the F-Minor Fantaisie (Opus 49, 1840-1841) and the Polonaise-Fantaisie (Opus 61, 1845-1846) show Chopin feeling his way toward a new conception of free but organic musical form. The first two ballades, in G Minor (Opus 23, 1831-1835) and F Major (Opus 38, 1836; revised 1839), show him experimenting with a new form evolved from sonata form, perhaps under the influence of unacknowledged literary programs. (We have it on Schumann’s authority that Chopin’s ballades were inspired by the narrative poems of Adam Mickiewicz, and a musicologist of the standing of Zdislaw Jachimecki has identified the F Major precisely with the poem Switezi-anka.) The Ballade in A-Flat Major (Opus 47, 1840-1841) and F Minor (Opus 52, 1842) are the consummation of this form.

Chopin’s other works, in which he reveals the full variety of his genius, may be divided roughly into two classes: the idealized dances (mazurkas, polonaises, and waltzes ) and the free lyrical poems (nocturnes, the Berceuse, the Barcarolle, and the études). The preludes include examples of all these miniature forms. Classification, however, quickly breaks down. Many of the dances are lyrical poems. Nor can one describe these groups as miniatures, though they include some of the most exquisite miniatures in all music. The C-Sharp Minor Mazurka (Opus 50, No. 3, 1841), the F-Sharp Minor Polonaise (Opus 44, with its interpolated mazurka, 1840-1841), and the C-Minor Nocturne (Opus 48, No. 4, 1841), for instance, are certainly not miniatures; in each case the content explodes the confines of its genre.

The mazurkas are the most Polish of all Chopin’s compositions, the closest to folk music (in such details as the use of the major scale with the fourth degree sharpened, triplets interpolated in the melodic line, the snap of grace notes ). However, Chopin seldom used actual folk melodies in his mature works; the Christmas lullaby in the middle section of the B-Minor Scherzo (Opus 20, 1831-1832) is one of the rare instances.

The polonaise is an aristocratic processional dance, with no element of folklore. In Chopin’s hands it becomes a patriotic call to arms, almost as surprising as the transmutation of the mazurka into something that Bach almost might have written ( the opening of Opus 50, No. 3 ). As for the waltzes, they are, as Schumann said of the Waltz in A-Flat Major ( Opus 42, 1840 ), “for countesses to dance to.”