Franz Liszt; (1811-1886), Hungarian composer and pianist, who may be said to have invented the piano recital. With Anton Rubinstein, Liszt made sheer keyboard virtuosity a form of entertainment in itself.

Liszt was born in Raiding on Oct. 22, 1811. While he was still a boy, his prodigious talents won the patronage of local Hungarian aristocrats, and his family took him to Vienna in 1821. There he studied piano with Karl Czemy and composition with Antonio Salieri. In 1823, Liszt was refused admission to the Paris Conservatory because of a regulation barring foreign students, but he stayed in Paris and took composition lessons from Anton Reicha. Liszt’s one-act operetta Don Sanche was performed at the Académie Royale de Musique when he was only 14.

After a number of dazzling European concert tours, Liszt again settled in Paris and became a well-known member of the highest social and intellectual circles. He abandoned a passing thought of becoming a priest to remain a musician, evolving a style of virtuoso piano technique and composing music to serve it. From 1835 to 1839 he lived with the Comtesse Marie d’Agoult, who wrote historical and philosophical works under the name Daniel Stern. They had one son and two daughters. One daughter, Cosima, became the wife first of pianist-conductor Hans von Biilow and later of Richard Wagner.

From 1839, Liszt again traveled throughout Europe, having become—with violinist Niccolô Paganini, with whom he was often compared—the most sought-after of all performing musicians. From 1848 he was kapellmeister to the ducal court at Weimar, where he performed and staged many new musical works—especially those of his friend and future son-in-law, Richard Wagner— and lent generous help to fellow musicians. When his tenure at Weimar was disturbed, in part by scandal connecting his name with that of Princess Karoline Sayn-Wittgenstein, he gave up piano playing almost completely to devote himself to composition and teaching. From 1859 to 1870 he lived chiefly in Rome, where Pope Pius IX in 1866 made him an abbé.

In 1870, Liszt returned to Weimar to conduct the music festival honoring the centennial of Beethoven’s birth. In 1875 he accepted the presidency of the Hungarian Academy of Music at Budapest. His later years were spent in Weimar, Rome, and Budapest and were occupied largely with composition and with numerous pupils and hangers-on. He died in Bayreuth, Bavaria, on July 31, 1886, while attending a Wagner festival. 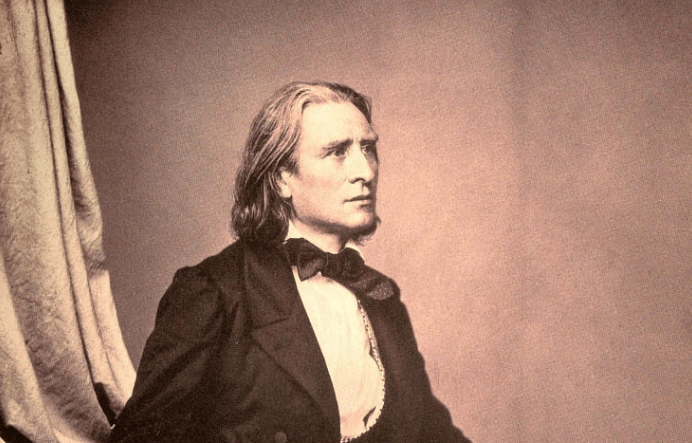 Liszt’s compositions divide into original works and transcriptions of other composers’ music. The most popular of his original compositions are the 20 Hungarian Rhapsodies, which are in part Gypsy rather than truly Hungarian. Although written for the piano, many of them have been orchestrated. Liszt’s other original works include symphonic poems for orchestra, such as Les Préludes (1854), Orpheus (1854), and Die Ideale (1857); symphonies, notably a Faust Symphony (1857) with a chorale finale and a Dante Symphony (1867) with a female chorus; two Mephisto Waltzes (1860 and 1880); two Concertos for Piano and Orchestra, the first in E Flat Major (1849; revised 1853) and the second in A Major (1848; revised 1856-1861); and the Totentanz (1849; revised 1853-1859), based on the Dies irae.

Liszt’s transcriptions for piano include versions of the Beethoven symphonies and of works by dozens of other composers, ranging from Bach and Mozart to Tchaikovsky and Wagner. Most of these transcriptions, though remarkable for the skill of their adaptation to the keyboard, have come to seem overblown and stylistically insensitive.

Although the artistic quality of much of Liszt’s enormous body of compositions remains the subject of argument, his importance is unquestioned in the development of modern piano technique; in the introduction into music of the Mephistophelian element of eerie, mischievous, and elusive tempi called “diablerie”; in the evolution of harmony and of musical forms; and in the formation of the high romantic musical idioms of the era. He shared with Fédéric Chopin and Robert Schumann domination over the composition of specifically pianistic music, inventing many techniques directly related to the keyboard. He evolved for orchestra the single-movement semiprogrammatic form that he called “symphonic poem,” thus assisting other composers in solving problems raised by music inspired by extramusical materials.

Liszt’s harmonic innovations were of prime importance as leading away from the Viennese rococo-classic style of the 18th century to the romanticism of the 19th and the breakdown of tonality in the 20th century. He prefigured not only the whole-tone scale, but also both atonal-ity and polytonality. With Wagner he incarnated and preached “the music of the future” and advocated an almost religiously intended synthesis of the arts. Liszt left scarcely an established musical usage unquestioned or unchanged.