The fog of Miguel de Unamuno is a literary work that was written in 1907, which tells part of the daily life of a young man and his sentimental problems and questions his life and then visits the author for an answer. 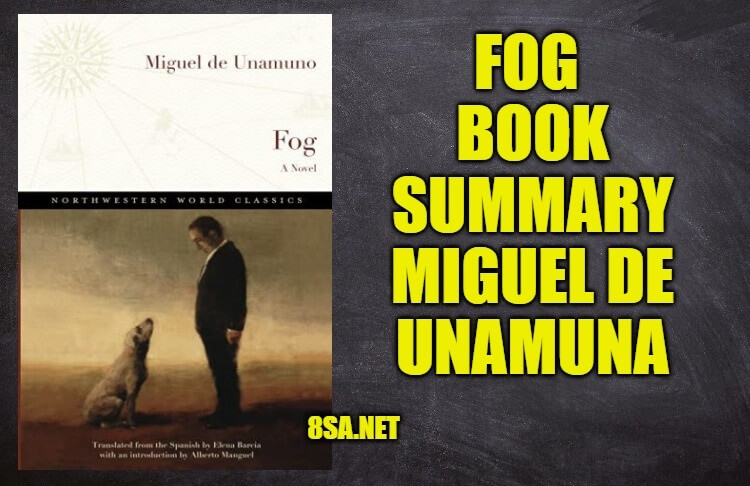 Miguel de Unamuno’s Fog is made up of thirty-three chapters that can be divided into three sections. The first would be the moment in which Augusto finds Eugenia and begins to hinder her, since from that moment the protagonist begins to question what love is, what life is and idealizes the image of his beloved, who only knows humans eyes.

Coexistence with Eugenia, Augusto’s frequent visits to her uncle’s house and the confusion that he must feel in love with all the women in the world. Here, Augusto’s questions about his way of life get much deeper, Orfeo (his dog) begins to act as his source of relief, and Víctor Goti talks about the creation of the “nivola” and how wretched it is. life from moment to moment.

Finally, the third part consists of Eugenia Augusto’s disappointment in escaping with Maurício, because that makes the protagonist feel lost, and the protagonist’s visit to Miguel de Unamuno, a character identified with the author of the text. A famous novel that might interest you is War and Peace.

Miguel de Unamuno’s novel Fog deals with the life relationship of Augusto, a young man whose life is surrounded by fog. This is represented by apathy, sadness, confusion, and the shadow that lives throughout the novel. One moment when he was going out for a walk, he meets a lady of the same age as her and decides to follow her to woo her. Realizing where she lives, he asked the concierge all about her, her name is Eugenia and that she is a pianist.

Augusto gets excited about Eugenia and begins to think about what her future would be like by her side. Upon arriving home, he writes her a love letter that he delivers to the concierge, while he continues to ask her for details of his girlfriend and realizes that she already had a boyfriend, and from there he tries to compete by talking to his friend Victor. He notices that Augusto is distracted and asks him what’s wrong.

Victor’s friend tells him everything about his beloved. One day he meets her mother’s sister who was married to an anarchist, and decides to introduce himself and talk about Eugenia. The guys invite him to meet Eugenia, and this is when they talk and get to know each other. But Eugenia makes it very clear that she has a boyfriend and his name is Mauricio.

Augusto tells Eugenia’s uncles that he will do everything possible to conquer her and in an attempt to make Eugenia fall in love he tells her uncles that he was going to pay the total debt of her home because they do not have economic resources. When Eugenia finds out about this, she runs to ask for a good explanation. And this after meditating in the church he decides to go to apologize to his beloved. If you like the genre of fiction and short stories a little dark, I recommend you read The Raven by Edgar Allan Poe.

Eugenia has problems with her partner and decides to accept Augusto’s proposal as a couple. Already having a couple time with him, Augusto decides to ask her to marry him and she accepts. Eugenia gives piano lessons to Augusto, and tells him that her ex-boyfriend is after her and insists that she get engaged to him. But she already made it quite clear to him that she wanted nothing to do with him. Many days before the wedding, Augusto receives a letter in which Eugenia tells him that she is not going to get married and goes to the countryside with her old boyfriend.

The protagonist thinks of taking his own life, but before that he thinks of going to Salamanca to talk with the writer of the book. As they talk, he sees Unamuno as a god, but he says that he does not exist, that he is just a being of his imagination and that he is destined to die when the writer Unamuno decides and not to commit suicide like him. wanted. Augusto returns to his house and after a while he writes a letter to Unamuno that he says he got away with it, because I’m dead.

The character lives a rich and peaceful man and he has deep philosophical questions that are released when crossing the road with Eugenia, then this will present many disadvantages of the characters, they see the hand of Eugenia’s success in reducing the appearance of Rosarito, the message about the wedding with Eugenia went with her lover Mauricio.

The facts create in Augusto a thought and to question about his own existence, for which he plans to commit suicide, which before that, leads him to speak with the author of the novel, which strangely after the death of Augusto, Miguel de Unamuno plans to remove himself. life, but his interpretation in dreams avoids that scene.

Fog book by Miguel de Unamuno is characterized by the fact that it gives a renovating impact or new thought to the speaker, which Fog makes concessions to with his questions and philosophical monologues. Likewise, it has a current of learning that refers to the poets who take their ideals, judgments and questions to their manuals.

Augusto Pérez: a middle-aged man, deserted, unpunctual, a cigar smoker, who spent all the time and part of the darkness meditating and formulating philosophical propositions for himself. At home, Augusto awakens in his soul the attachment that had always remained dormant. He is a lazy star, without constrained vital purposes, who rather than conduct himself “let himself live”.

The orb view of Augustus is to drink in the events that occur and philosophize about them. He is also characterized by acting quickly on the burdens or aversions that happen to him, for example, before the first succession that he saw Eugenia he falls in love with him and decides that she should be his husband. With such a relaxed existence, he has time to philosophize. At the same time, his postponement of the semblance determines that his autonomy is light and unexpected.

Eugenia Domingo del Arco: the young woman is an agonist and she sacrifices herself giving piano conditions despite disliking music. She is a complete lady, free, a companion from the future; Augusto considers that she is outstanding, majestic, heroic and quite a relative, an estimation influenced by the affectionate feeling that invades him, since at the end of the action it is shown that she was creeping, deceitful and exploitative.

It has a strong, dominant gender and is not influenced by any. Physically she is a very attractive and arrogant owner, rhythmic and elegant playing. Her orb gaze is to be non-commercial, to germinate by itself and possess splendor Examination of her energy, which is explained by the vaporous situation she experienced when she was a pupil (the suicide of her creator) and by the desire to cross economic straits.

Víctor Goti: Friend of Augusto and companion of Chess games. He is the one with whom he makes confidences, reflects and philosophizes the protagonist. Víctor can symbolize, in a trice, the opinion of Unamuno. He is generally content with his life until his wife becomes pregnant and their relationship becomes strained and nauseating.

He takes pleasure in being the structures of the community buildings and to cure some of his free time, he decides to create a literary form called Nivola, which would have little to do with the traditional novel in terms of its structure, but one must know how to distinguish it from be composed primarily of dialogue.

He constantly dismisses Augusto’s trials as futile and unfair, forcing his friend to have longer monologues. Finally, when his child is born, he feels fulfilled and happy with his daily life. The book El Perfume also had great success in sales.

Miguel de Unamuno: A famous Spanish author like Augusto decides to visit when he no longer knows the decisions he must make. This character is presented as the author of Augusto’s life and assures him that he has the power to decide what is happening to him. When the protagonist reveals his suicide plan, he spells it out and lets him know that it is a fictitious device that he has no power to choose over its existence.

From that moment on, Augusto assumes himself as a character and tries to show the author that he too is a fiction created by God; In the perception of this rebellion, Unamuno condemns him to death.

Mauricio: Eugenia’s boyfriend He is a man who relies on her social position not to look for a job and live at the expense of what she and other women can give him. He advises Eugenia to make Augusto fall in love and take money so they can get married and go to another city. He has a case with Rosario and trusts what she tells him to visit Augusto, beat him and have fun with him.

Rosario: She is a young woman who wears old clothes in Augusto’s house, who she falls in love with when she is rejected by Eugenia and abandons her when she accepts. He has a case with Mauricio and tells him the things that Augusto promised him.