What is feather? Information about the types, structure, growth, molting, tracts, coloring and functions of feathers.

FEATHER; an elaborate epidermal (skin) structure found only in birds. Feathers are composed of a hornlike protein, called keratin, and color pigments. They have a complex substructure that makes them both lightweight, strong, and flexible. Feathers not only protect the skin from injury and conserve body heat but also function in bird flight, courtship, threat display, camouflage, and sensory perception.

A typical feather consists of tapering central supporting shaft and a flattened flexible vane, or vexillum. The base of the central shaft is a hollow cylinder, known as the calamus. The lower end (inferior umbillicus) of the calamus opens into a follicle of the skin. The solid angular distal portion, or rachis, of the shaft divides the vane into two webs. On the underside of the feather where the calamus and rachis meet there is another small opening—the upper or superior umbillicus. In some feathers a secondary feather, called the aftershaft or hyporachis, arises at this point.

Two webs of the vane are composed of numerous branching barbs that are arranged in parallel rows on either side of the rachis and are inclined toward the tip. Each barb has a row of flattened smaller branches, called barbules, on either side inclined toward the tip. The barbules that point toward the tip of the feather on the anterior side have a series of microscopic hooked projections, called barbicels, or hamuli, on their undersides, while barbules on the posterior side of the barb have rounded ridges, or flanges, on their upper surface. Each anterior barbule of a barb overlaps at right angles several posterior barbules of an adjacent barb. The hamuli hook onto the flanges and hold the vane together. If the hooks become unattached, they can be reengaged by stroking the feather from base to tip as a bird does while preening. 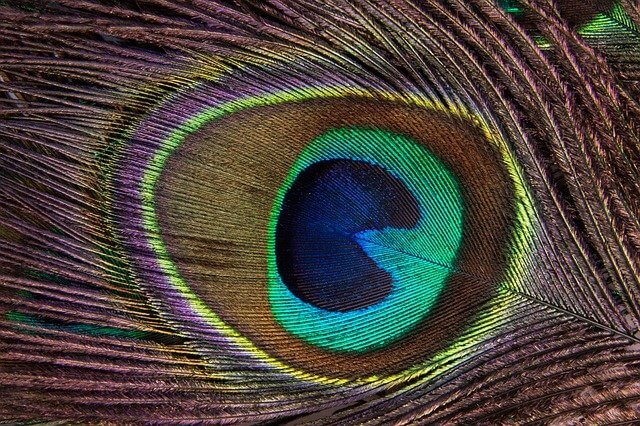 The growth of a new adult feather begins in a feather papilla—a small mass of undifferentiated dermal and epidermal cells at the bottom of the tubelike follicle. The papilla forms a collar that elongates into a cylinder of parallel longitudinal ridges. These ridges, which become barbs, form on either side of the ventral midline of the cylin-
der and, as they elongate, appear to move to the dorsal side of the cylinder. Here the bases of each pair of barbs unite to form the lengthening rachis of the feather. The first barbs to form are those at the tips of the feather; the last are those at the base.

Growing barbs are surrounded by a protective sheath and in turn enclose a central pulp of dermis that protrudes through the inferior umbillicus to supply blood to nourish the growing feather. The differences betyreen the growth rate of the barbs and the surrounding sheaths causes a splitting of the barbs to form barbules. 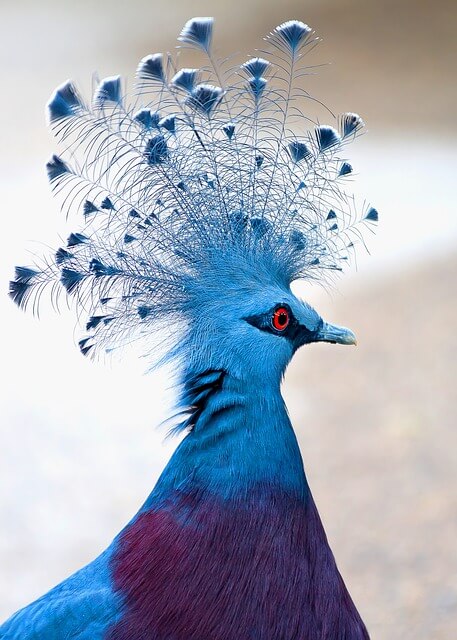 As the feather reaches full size, it stops growing; the pulp is reabsorbed, cutting off the blood supply to the cells, which in turn die and harden into keratin. The papilla of pulp and epidermis remains dormant in the bottom of the follicle as the germ of the next feather generation. If the feather is accidentally plucked, the end of the papilla is torn away. However, it heals rapidly and usually regenerates a full new feather.

Contour feathers, which constitute almost all the exposed feathers, define the bird’s shape and provide the specialized flight quills of the wings and tail. They have a strong rachis and a sturdy vane with a complete inner and outer web, but the base of the vane is generally downy. Contour feathers grow only in tracts.

Semiplumes are loose-webbed, downy contour feathers with a definite rachis but with little or no vane owing to a lack of hamuli on the barbules. They normally occur at the margins of feather tracts and serve to insulate the bird, aid in plumage flexibility at joints, and, in the case of water birds, increase buoyancy.

Down feathers, or plumulae, have many long barbs arising from a short rachis or directly from a calamus. The barbs may have barbules, but they lack hamuli and do not hold together to form a vane. Down feathers, which are loose, soft, and fluffy, provide excellent insulation; they are hidden by overlying contour feathers. 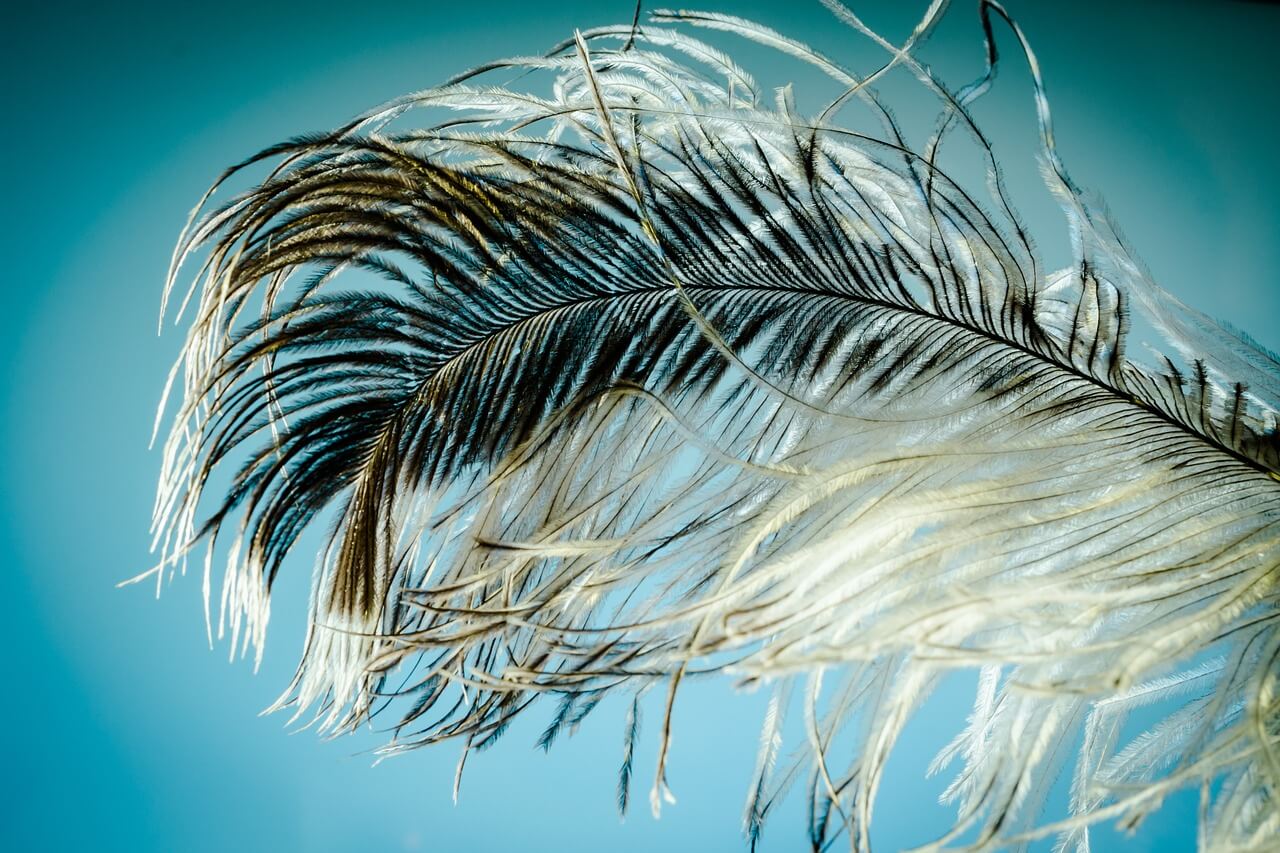 Powder down feathers disintegrate at the tip to form a talclike, water-resistant powder. They usually occur in paired tracts on either side of the abdomen or back, but may be scattered throughout the plumage. The function of powder down feathers is not known, but they may be used to protect plumage from wetting.

Bristles, which occur mostly around the base of the bill, nostrils, and eyes, are modified vane-less contour feathers. Those that occur around the mouth increase the effective size of the gape. Eye bristles function as protective eyelashes, while bristles over the nostrils filter dust from the air.

In all living birds except penguins, ostriches, and screamers, contour feathers are grouped in regular tracts, or pterylae. The tracts are separated by unfeathered intervening areas called apteria. Apteria may either be bare or covered with down. Pterylosis, the arrangement of feather tracts, varies between families and orders. 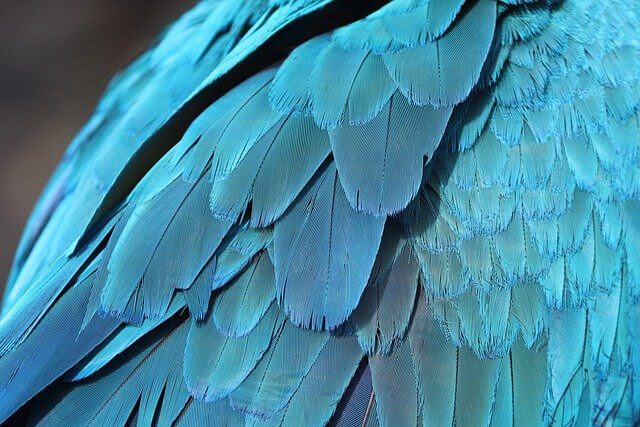 Eight feather tracts are found on birds: (1) the capital tract covers the forehead, crown, and upper cheeks: (2) the spinal tract runs down the back from the neck to the rump and oil gland, often with a midline apterium, or interruption, on the lower back: (3) the caudal tract includes the tail feathers (rectrices) and their upper and under coverts; (4) the ventral tract begins at the throat, splits at the breast, and continues on either side of the belly to the vent, where it reunites: (5) the narrow humeral tract, which includes the scapular feathers, starts at the shoulder and runs across the upper wing to the elbow; (6) the alar tract includes all the feathers of the wing exclusive of those in the humeral tract; (7) the femoral tract extends diagonally across the upper thigh; (8) the crural tract covers both sides of the lower leg.

The flight feathers, or quills, of the alar tract are called the remiges. The outermost remiges, which are attached to the hand bones, are the grimaries. They vary in number from 9 to 12 in ying species and provide most of the power in flight. The broader secondaries (cubitals), which are attached to the ulna, number from 6 in small hummingbirds to over 30 in long-winged albatrosses. They provide most of the lift in flight.

The inner vane of each remex (flight feather) is uniformly overlapped by the adjacent feather. The base of each remex is covered by a smaller feather called a greater covert, which is in turn covered by other smaller covcrts that successively overlap like shingles to give an aerodynamically smooth contour to the wing.

Many birds are cryptically colored to blend with their backgrounds; for example, nightjars and owls are patterned like dead leaves or tree trunks. Foliage-feeding birds are usually green, desert birds tan, and grassland birds streaked. The light undersurface of most birds counteracts any shadow a bird casts. Disruptive patterns break up the outline of a bird on a variegated background. 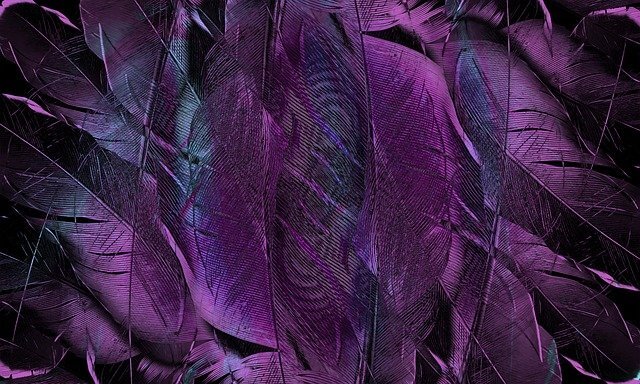 Colors in feathers are the result of the selective reflection of some wavelengths of incident white light. When all wavelengths are reflected, a bird appears white. Some feather colors (bio-chromes) are caused by pigments that absorb certain wavelengths and reflect others; some colors (schemochromes) are caused by light-wave interference and scattering produced by the structure of the reflecting surface; and some result from a combination of these factors.

Three kinds of biochromes are found in feathers. The most widespread feather biochromes are melanins, which are synthesized by pigment cells as granules and are laid down in developing feathers and skin. Melanin-induced colors include dull yellow to reddish brown to dark brown to black depending on the degree of oxidation.

Carotenoids, or lipochromes, occur diffused through feathers. They are not synthesized by birds but are derived from plants that birds or their prey eat. They include hydrocarbon carotenes, oxygen-containing yellow and orange xanthophylls, and the red carotenoid acids.

Porphyrins (pyrrolic pigments) are nitrogenous compounds synthesized by birds and occurring in diffuse form in feathers. Porphyrins include red and green colors in turacos and pink pigments in bustards and owls.

Schemochromes, or structural colors, are produced in two ways. One way, light interference in thin surface layers of feathers, results in iridescent colors that vary with the angle of view. Iridescence is produced by a series of flattened barbules that are twisted and overlapping so that the viewer sees a flat surface. The other way, scattering of short light waves by small particles, gives noniridescent colors. The scattering particles in blue feathers are tiny air-filled cavities within feather barbs. 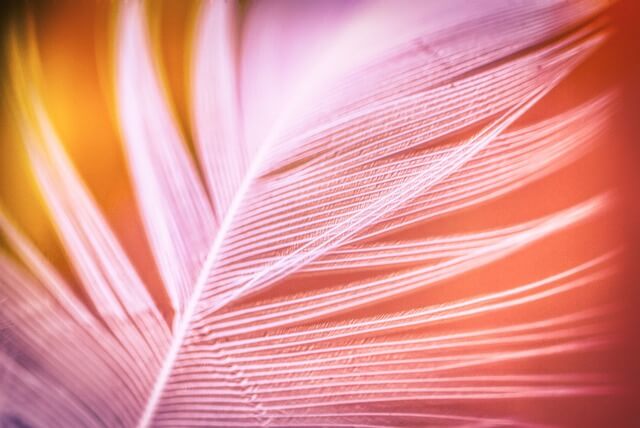 Structural colors of both sorts are dependent on a background pigment being present to absorb unreflected light. Some colors, such as greens, are the result of a combination of a pigment such as a yellow carotenoid and a structural color like Tyndall blue.

The feathers of all birds are periodically renewed through molting. Old feathers are shed (ecdysis) and replaced by new ones (endysis) that grow in the same follicle. Actually, the old feather is pushed out on the growing tip of the sheath of the new feather.

The process is best observed in penguins, emus, and cassowaries—birds in which the old feathers grow out for a considerable distance still attached to the new feather sheaths before being abraided or preened away. Occasionally, attached old feathers are observed on young birds, but apparently, most adult birds are so active or preen so vigorously that old feathers abraid away before the tips of the new ones are visible beyond the follicle.

Feathers are not molted at random but are changed in succession usually beginning in the center of a feather tract and working laterally. Primaries are molted from the innermost distad and the secondaries from the outermost mediad. Tail feathers begin to molt with the central pair and work centrifugally. There are exceptions to both patterns. Some birds have three or more molt centers on the wings. Others, particularly water birds, molt the wings so rapidly that they may lose all the quills simultaneously and remain unable to fly until the new feathers grow. 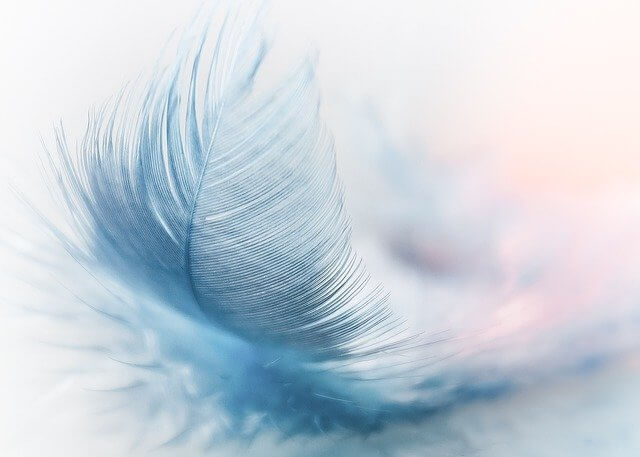 Number and Timing of Molts.

The number of molts per year and their timing are variable. A majority of birds have a single annual molt, usually just after breeding while other species, which have a bright breeding plumage and a dull off-season eclipse dress, molt twice a year. Species with two or three molts per year may change only the head or body plumage in partial molts. Some larger birds, molt the body plumage annually but may replace only part of the wing and tail feathers each year.

The most usual molt sequence from chick to adult in a bird with two molts and two plumages per cycle is natal down, juvenal plumage, post-juvenal molt, first winter, or nonnuptial, plumage, first prenuptial molt, first nuptial plumage, first postnuptial molt, second winter plumage, and so on. The timing of molts is adapted to the demands of breeding or migration. Some species molt while breeding, others after breeding and before migration, and others on the winter grounds.

The onset of molt is determined by a combination of physiological factors and extrinsic environmental factors, such as light and temperature. There has been little conclusive experimental proof of the direct action of any hormones, although the administration of the thyroid hormone thyroxin stimulates developing feather papilla and usually brings about a molt.