Recent archaeological studies indicate it was established by 1100 a.d., thus making it the oldest continuously occupied village in the United States. 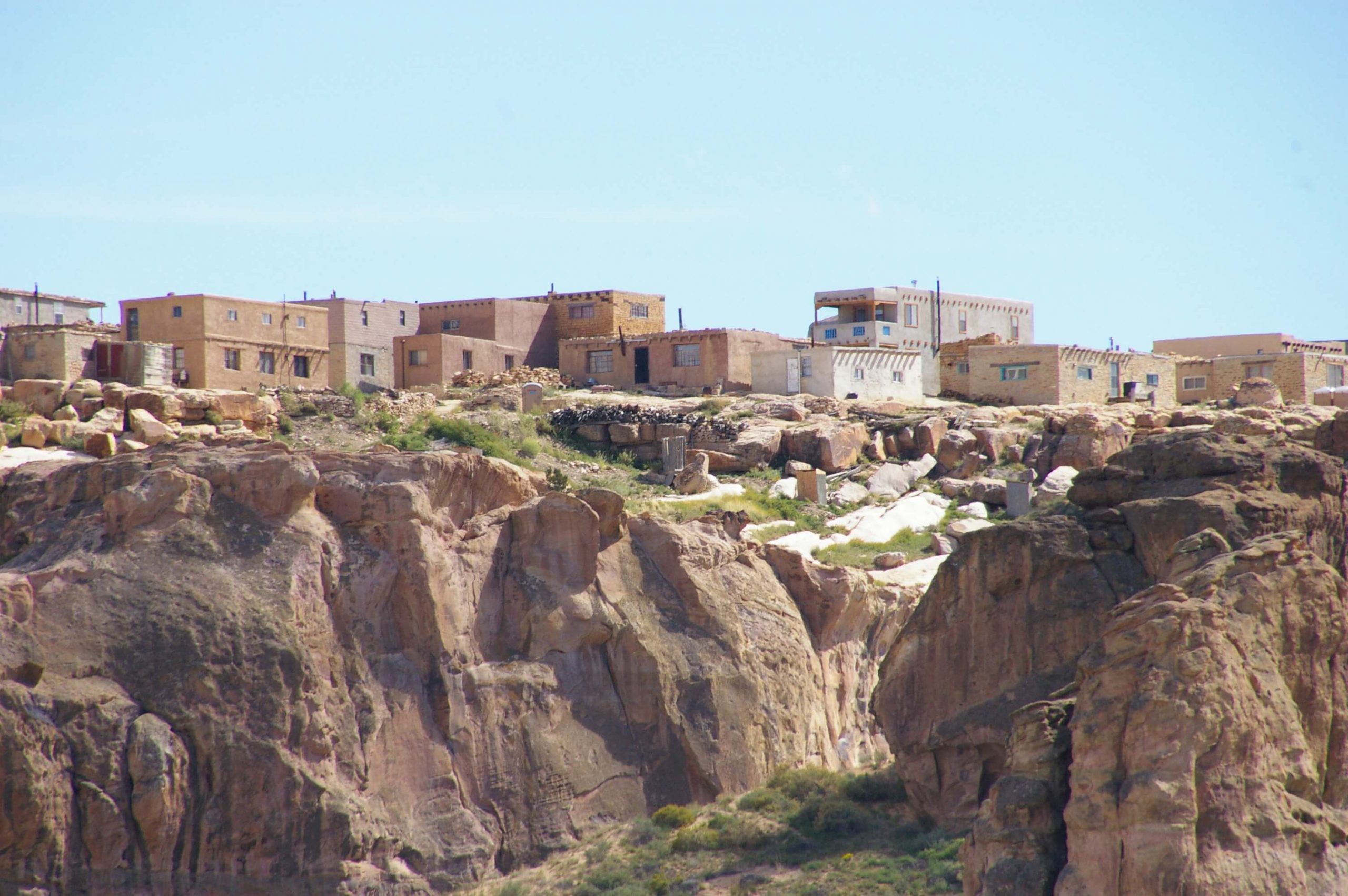 The pueblo is situated on a steep-sided sandstone mesa 357 feet (108.3 meters) high, called Acoma Rock. The Acoma population in the mid-1960’s was 2,419, but except for special occasions, few Acoma people remain on the Rock. Most of them inhabit the farming communities of Acomita and McCartys in the surrounding Acoma Indian Reservation (234,914 acres, or 947 hectares) or work elsewhere in the Southwest.

Ancestors of the Acomas probably inhabited the region before the 1st century a.d. Their legends, like those of many Southwest Indians, teli of a migration from the north. These may refer to peoples who arrived about 1300 a.d. Documentary history begins in 1540 with the visit of Hernando de Alvarado of the Coronado expedition. In 1599, Vicente de Zaldivar destroyed much of the pueblo. Father Juan Ramirez may have built the first church here in 1629. Acoma took part in the Pueblo Rebellion of 1680, but the Spanish regained control in 1692. 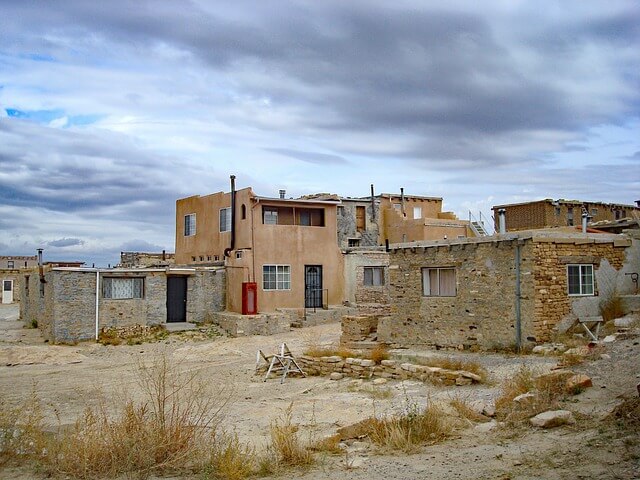 Keresan is the native Acoma language, but almost everyone speaks English or Spanish. Social organization is based on elan affiliation with matrilineal descent. Kinship partly controls membership in the important medicine societies and katehina groups. The philosophy of these groups is that people are a part of nature and that ceremonies help in the succession of the seasons, the fertility of plants and animals, and the coming of rain. 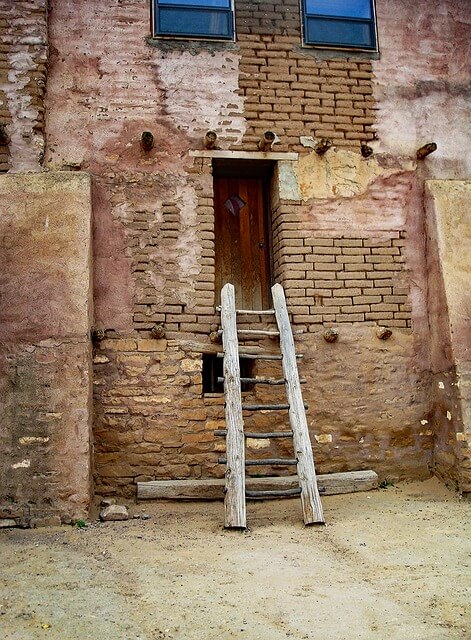 The Acomas are subject to United States laws, but local government rests with the caciques, who control all religion and ceremonialism. They also appoint the secular offîcers of the pueblo, including the govemor, two lieutenant governors, the sheriff, ten councilmen, and several lesser officials. Visitors are welcomed at the pueblo.