What is Absorption of Light? Examples of the use of the Light Absorption feature in daily life, information about the usage areas in technology.

How do we see blue skies, pink sunsets, green meadows and all the other colors? When light hits an object, some electromagnetic radiation is absorbed and some is reflected. Atoms; only the energy content can cool the waves corresponding to their possible energy states; reflects the rest. As long as it does not emit its own light, the color of an object is a function of the rays it reflects from. For example, a blue jacket is this color because the chemical dye on the fabric absorbs all colors except blue. Strawberries appear red because they absorb blue and green wavelengths. The leaves are green because the photosynthesizing pigments are most suitable for absorbing red and blue light. 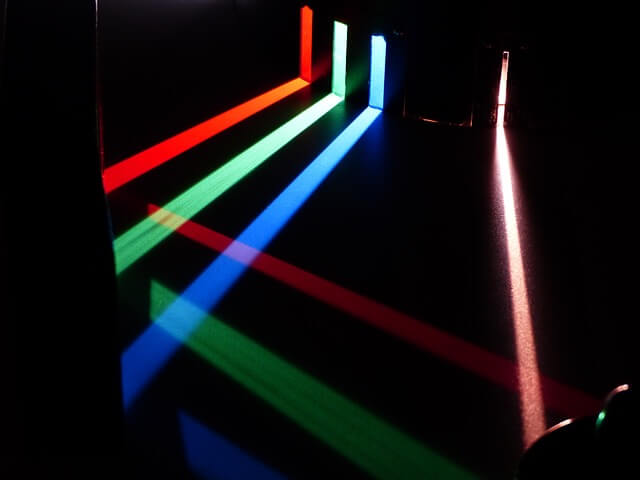 Have you ever wondered why the sky is blue? All wavelengths of the sun are emitted by molecules and dust particles in the air, but this spread is uneven. Short wavelength blue light is scattered more than long wavelength red or orange. When you look at the sky and not the sun, you see indirect and diffused light that makes the sky blue.

HOW DO WE PERCEIVE COLORS?

The human eye has about three million color-sensing cone cells. They are of three different types, each closer to one of the three wavelengths of red, blue, and green. We perceive colors by cooling and reflecting different wavelengths. Each element has a slightly different set of wavelengths that it can cool, the millions of colors that the human eye can detect are the product of various combinations of red, green, and blue. Things that often appear permeable to our eyes, such as water and air, do not have the right energy levels to cool the visible light of any color.

The light we can see is the result of the interaction between electric and magnetic fields, which together create electromagnetic waves. But visible light is only a small part of the electromagnetic spectrum. The spectrum, from low-frequency wavelengths to high-frequency X-rays and gamma rays, is infinite. The higher the frequency (and the shorter the wavelength), the more energy the wave carries. It is one of the greatest scientific advances that we now have the ability to “see” other wavelengths other than visible light, ranging from 400 (very blue) to 750 (dark red) nanometers (billionths of a meter). A large part of the electromagnetic spectrum is now constantly used to gain knowledge in astronomy, medical research, military technology, and almost every branch of science. 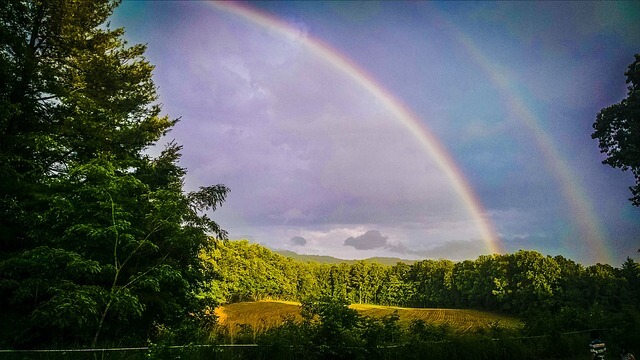 Can detergent really make your clothes brighter or is it just a marketing ploy? In fact, what is claimed is not entirely false. Such detergents include optical brighteners; In other words, optical amplifiers are added. When you use the product in the washing machine, the detergent molecules do the “dirty work” by removing stains and removing dirt from your clothes. Molecules have no effect on the color of clothes. (Although some fabrics may fade as a result of continuous washing, this is more related to the type of fabric and aging of the garment, rather than the detergent.) Color-enhancing detergent contains some additional molecules that create a special chemical reaction on the fabric. These cover the clothes with a microscopic fluorescent layer. When these particles come into contact with light, colors appear brighter and more vivid to our eyes than they actually are. You can also feel the difference between laundry washed with color-enhancing detergent and normally washed laundry: Because of the layer covering them, they may be felt to be harder than clothes that have not been washed with color-enhancing detergent. There is no difference in terms of cleanliness.

Meanwhile, there is also the view that whiter and brighter laundry has a cost to the environment. Color-enhancing detergent can harm animal and plant life and is not easily biodegradable. Therefore, the impact of the environmental risk it creates can last quite a long time. 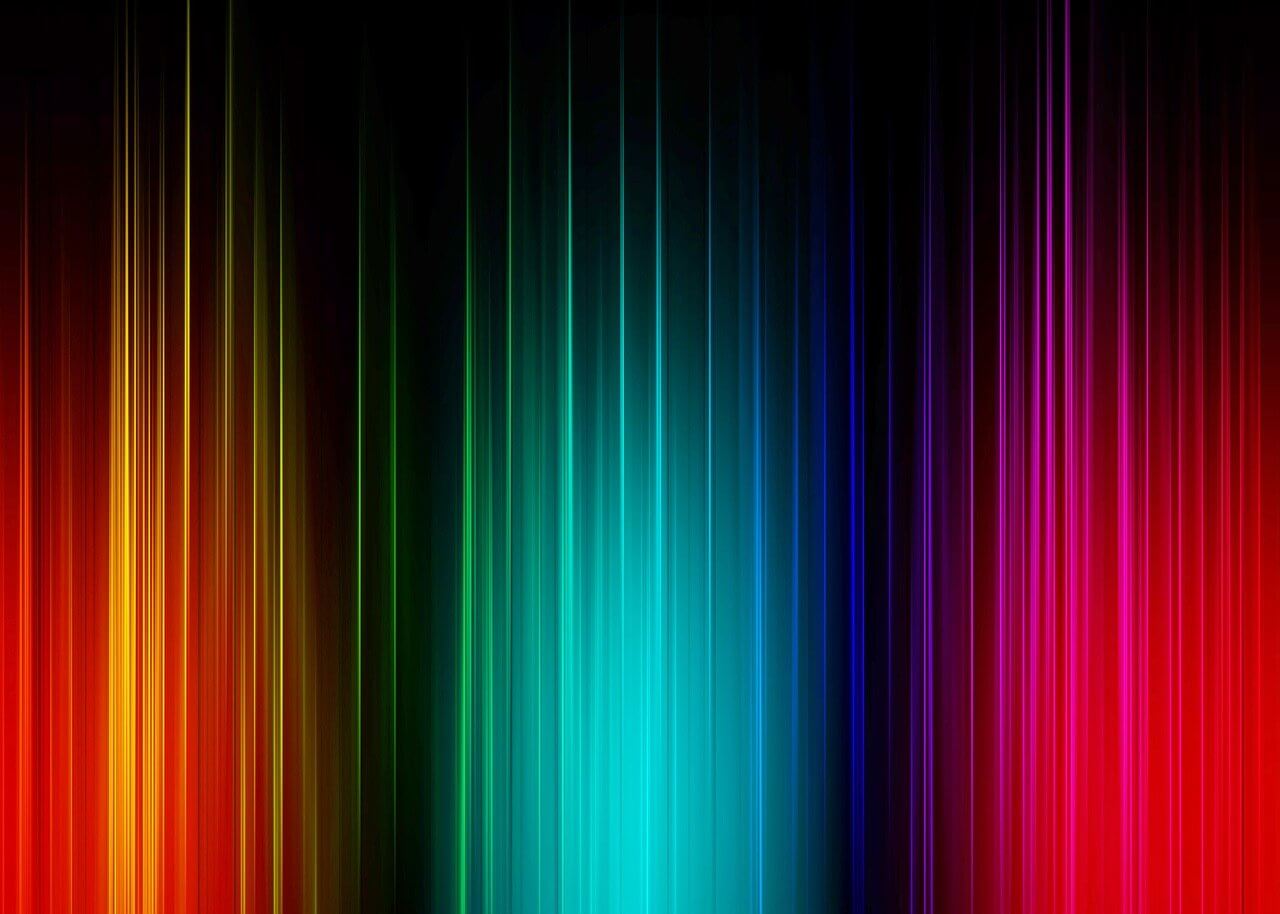 A detergent molecule has a polar and a nonpolar end. The nonpolar tip interacts with the surrounding water by ionizing to form a positive charge. These charges push the charges on the soap-covered dirt particles, allowing the dirt to be exposed and then washed away with water.

Although the three-dimensional (3D) format, which we encounter in many Hollywood films at this time, seems like a new technology, in fact, B first appeared in 1922. However, it did not gain popularity until the 1950s. So, how are three-dimensional movies and 1 television image obtained? When we focus on an object, the brain calculates how far the light reflected from that object will travel until it reaches our eyes. If the object is far away, the light travels in a parallel line for both eyes. However, as the object gets closer, the light loses its parallelism and tends more towards a point. The closer the object is, the closer your eyes are to each other to focus on the object. That is, each eye sees a slightly different “picture” of the object. 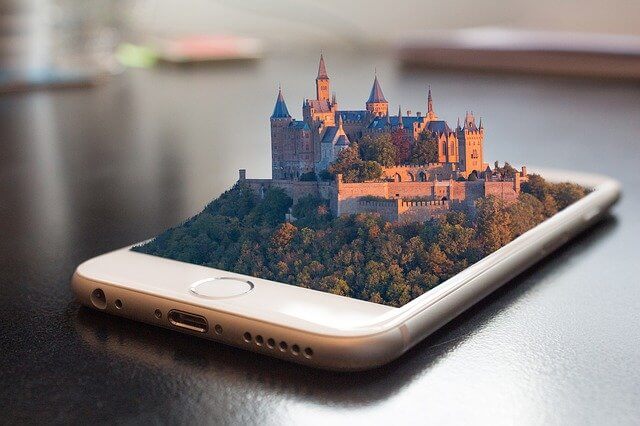 Three-dimensional technology tricks your brain into making you feel like the object on the screen is closer than it actually is by allowing you to converge your eyes in one spot, thanks to those funny glasses you wear. There are two kinds of three-dimensional glasses—red and blue lenses and newly released polarized lenses—but basically work the same way. they see.

When you look at a three-dimensional movie without glasses, you see two different images, one slightly different from the other. When you put the glasses back on, the light is filtered out; the colors are balanced in such a way that the brain perceives the single image and the illusion of depth.

The telescope works by selecting a portion of light rays from a distant object, regardless of size, and reflecting and magnifying these rays with a curved mirror to create a disproportionately large image (a reflective telescope uses a convex lens with a contrast tube). The more the rays are bent, the larger the image becomes. For example, when you look at a small tree 90 meters away with the naked eye, the image of the object is large enough to form an angle of only a few degrees because the rays of light coming from opposite ends of the tree are too close together. fills your field of view. Magnification power is determined by the ratio of the angles between the naked eye and assisted vision.

In theory, the larger the lens, the larger the image. However, this also has a limit. A glass lens large enough to capture the sparse rays of distant stars can be refracted by its own weight. There is only one solution: Mirrors. Just like lenses, some special curved mirrors can magnify images considerably. They also have a structural advantage over lenses: steel and some other supports can be used in these telescopes, as their job is to simply reflect light rays, not to diffuse them. All of the world’s largest optical telescopes are reflecting telescopes. For example, the active surface diameter of the High Millimeter Telescope in Mexico is 50 meters.

When it comes to exploring the night sky, telescopes on earth aren’t very good because Earth’s atmosphere absorbs and refracts incoming light, or electromagnetic radiation. We are also surrounded by a large number of artificial lights that spoil even a pitch-black night. Observatories on orbital satellites allow these restrictions to be circumvented. By launching telescopes into space, we can see wavelengths of radiation that are hard to see from ground-based measuring instruments and probe high-energy processes in distant galaxies. 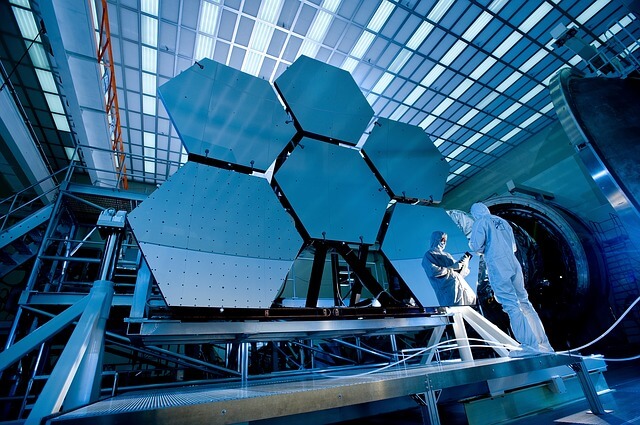 Hubble is probably the most famous of these telescopes. Hubble’s replacement, the James Webb Space Telescope (named after NASA’s vice president) is planned to be launched into space on the Ariane 5 rocket to orbit it on a three-month journey before the end of the 2010s. It will have a larger mirror for greater light-gathering power. It will operate far away from Earth—1.5 million km—and will be able to observe much deeper into space. Webb is expected to serve 5.5-10 years. NASA scientists hope the telescope will improve our current knowledge of the universe and detect unheard-of data.

The Hubble Space Telescope collects light from a large concave main mirror at its open end and reflects it from another mirror to a set of sensors. (Actually, the mirror had been based on incorrect specifications and had to be corrected with the aid of a “contact lens.” Space Shuttle had safely carried a series of small mirror corrective lenses into space that corrected distortion and corrected image errors.) Sensitive measuring instruments detected X-rays, infrared light, and ultraviolet light. It determines the characters of celestial structures and systems in the depths of space. Hubble has discovered a region of star formation more than 12 billion years old, which astronomers had not seen before.