Eero Saarinen; (1910-1961), American architect. He was an outstanding figure in the generation that followed the great pioneers of modern architecture-Frank Lloyd Wright, Mies van der Rohe, and Le Corbusier. Unlike them, Saarinen never formulated an easily identifiable style. His airport terminals, embassies, university buildings, and monuments are alike only in the boldness of their design. He believed that the roots of architecture lay “in life itself-the way the building is used and a love for the people who use it.” 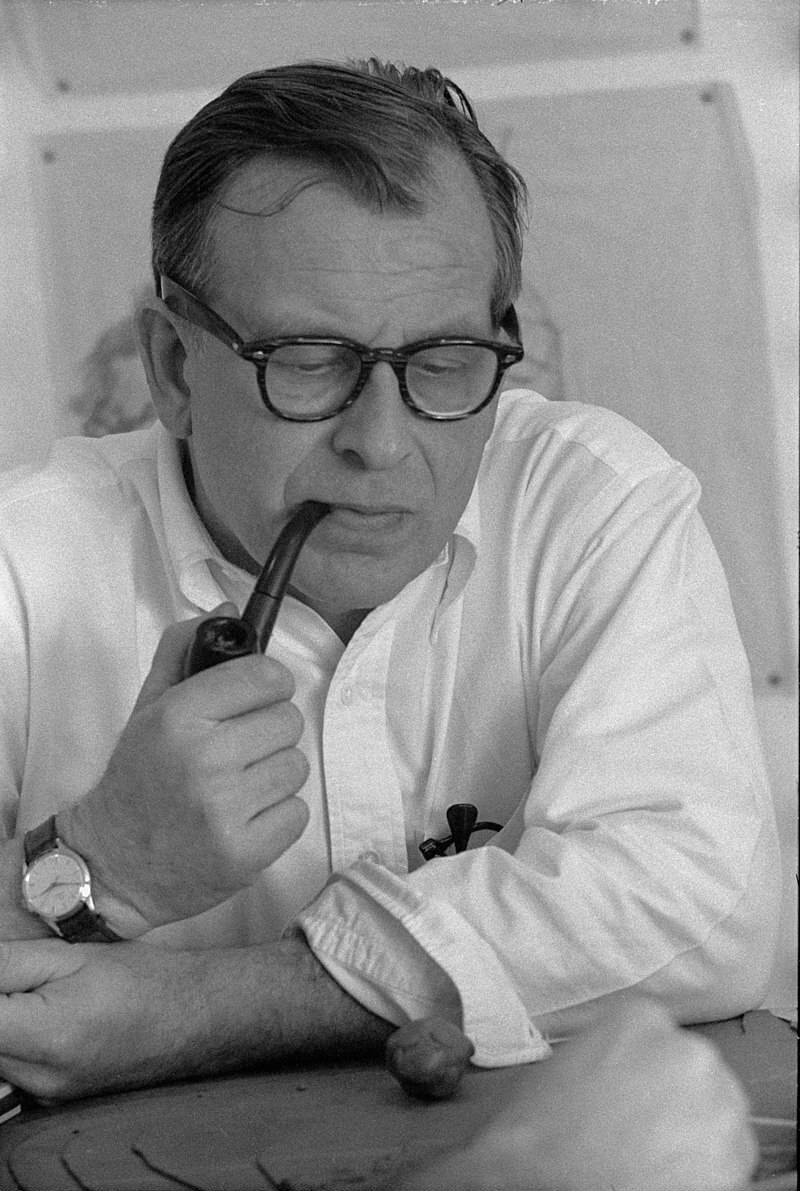 Saarinen was born in Kirkkonummi, Finland, on Aug. 20, 1910, the son of the Finnish architect Eliel Saatinen. The family emigrated to the United States in 1923. After graduating from the Yale School of Architecture in 1934, Saarinen worked with his father. Their joint designs included the General Motors Technical Center, Warren, Mich. (completed 1957), in the clean, rectilinear International style.

In 1940, the year he became a United States citizen, Saarinen collaborated with Charles Eames on a molded plywood chair that won an award in the Museum of Modern Art’s organic furniture design contest. His other furniture designs included the so-called womb chair in 1948 and pedestal furniture that were made of molded plastic in the 1950’s.

Saarinen emerged as a leading architect in 1948, when he won the competition for the Jefferson National Expansion Memorial in St. Louis with a design for a catenary arch of stainless steel, 630 feet (195 meters) high (built 1962-1964), For the Massachusetts Institute of Technology he designed the Kresge Auditorium (1955), with a triangular, thin-shell dome, which is poised above three isolated points of support and is completely glazed between them. The adjacent chapel is an unbroken cylinder of brick. The roof of the Ingalls Hockey Rink (1959), Yale University, hangs from a parabolic arch 228 feet (71 meters) long. Movement dominates the design as though to express the activity within. 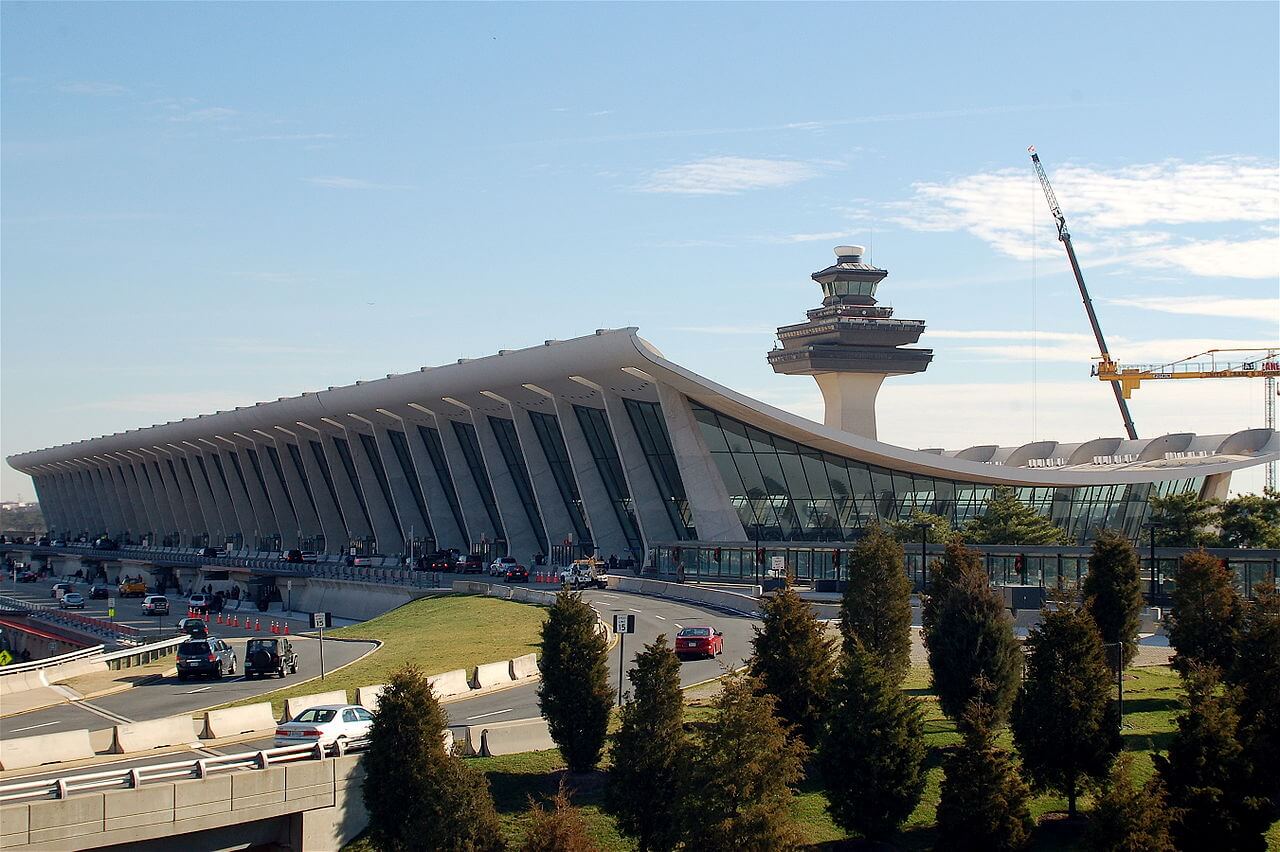 Saarinen designed the United States embassies in Oslo (1959) and London (1960) and the immense Bell Laboratories (1962) at Holmdel, N. J. The laboratories’ curtain walls of silvered reflecting glass can exclude as much as 75% of the sun’s heat.

Saarinen’s most sensational work is the TWA terminal (1962) at the Kennedy International Airport, New York, with concrete roofs that seem to leap into the air. The curving fonts of the terminal, completely plastic in approach, evince Saarinen’ s youthful interest in sculpture. Less dramatic but no less open, and even more functional, is the Dulles International Airport (1962) in Chantilly, Va., which includes a mobile waiting room.

Saarinen also designed the partially underground Vivian Beaumont Repertory Theater for the Lincoln Center for Performing Arts and the new CBS building, both in New York City. The CBS building, Saarinen’s only skyscraper, was New York’s first reinforced concrete tower. His John Deere administrative center in Moline, III., is made of unpainted Cor 10 steel, which will develop a protective coating of rust. Saarinen died in Ann Arbor, Mich., on Sept. 1, 1961.