Edmund Spenser; (1552-1599), English poet, whose works-especially his masterpiece, the long allegorical poem The Faerie Queene-established him as the next great English poet after Chaucer. Since the death of Chaucer, nearly 200 years before, no writer had displayed such command of language, verse, and rhythm. It was the most striking because the language had changed so much, especially in accentuation, that men had to learn to write verse all over again. That command increased steadily as Spenser learned to play off the grammatical and acoustic qualities of the new Modern English against the formal structure of verse. It is this control, directing but never overcoming the sweet, slow rhythms of his natural utterance, that gives his poetry its peculiarly personal and immediately recognizable tane and that has made Spenser the inspirer of many later poets.

Spenser was born in London, but his origins are obscure. Only his mother’s name, Elizabeth, honored in his Amoretti, sonnet 74, is definitely known, and his connections, if any, with the Spencers of Lancashire remain uncertain. He claimed kinship with the wealthy Spencers of Althorp in Northamptonshire (Prothalamion, lines 130-131; Colin Clouts Come Home Again, lines 536-539; and dedications to The Teares of the Muses, Mother Hubberds Tale, and Muiopotmos, or the Tale of the Butterfly), and as the acknowledged chief of poets in his time, he was apparently accepted by them. Official records prove that he attended the Merchant Taylors’ School in London and left it, with some financial help, for Pembroke Hall (now Pembroke College), Cambridge, in 1569. If he was then of the usual age for matriculation, he would have been born in or about 1552. He received degrees from Cambridge in 1573 and 1576. 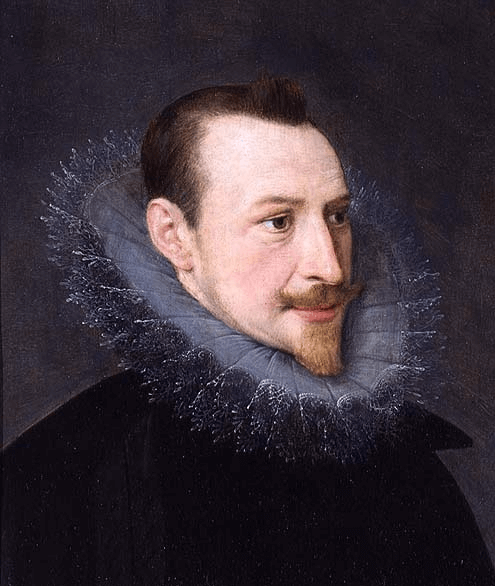 Other incidents in Spenser’ s early life are reflected in some of the 12 ecologues, or pastoral poems-one for each month of the year-of his Shepheardes Calender, published anonymously in 1579, and in the writing of his friend Gabriel Harvey. Thus there was an indefinite period of unemployment somewhere in the north of England (June eclogue, lines 9-22, and its accompanying “Glosse,” or glossary). And in 1578 he was secretary to John Young, bishop of Rochester and a former master of Pembroke Hall, as reported in Gabriel Harvey’s Marginalia (G. C. Moore Smith ed.,1913, p. 173). Young was the prototype for the Roffy in the September eclogue of the Calendar (lines 201 ff.) and for the “southern shepherds” in the April eclogue (line 21), formerly but wrongly identified as Philip Sidney.

In October 1579, Spenser was writing to Harvey from Leicester House in the Strand, where he was presumably employed as a secretary to the earl of Leicester (Robert Dudley). As a schoolboy, Spenser had contributed some translations of French poems to a miscellany entitled A Theatre for Worldlings, “devised” by one John van der Noodt in 1569. Spenser’s authorship of these has been disputed, but revised versions included in a collection of his verse, Complaints (1591), would be inexplicable if the Theatre versions were not his.

These bare facts require some amplification. The new Merchant Taylors’ School was headed by Richard Mulcaster, whose lively and unorthodox views on education included belief not only in the usual classical curriculum but in music, acting, football, and the English language. It was at Pembroke Hall that Spenser made friends with Harvey, a young don whose well-deserved unpopularity among his fellows had not yet extinguished his brilliant promise, still less his restless, wide-ranging interests in books and affairs. Spenser never knew much Greek, but his seven years at Cambridge gaye him a solid training in Latin literature and rhetoric and some philosophy, history, and science, as well as time to read not only in English but in French and Italian – his Italian enthusiasm indeed brınging upon him some heavy handed jests of Harvey’ s in the published Letters of 1580. Service in Leicester House brought him in touch not only with political magnates but with the earl of Leicester’s nephew Philip Sidneyand his friends, the most advanced artistic and literary circle in the country. There is no need to assume a strong personal friendship, but Spenser would have shared in discussions about life, thought, and poetry with men who had had wider opportunities, at home and abroad, than had been open to him.

Publication of The Shepheardes Calender:

This busy, hopeful time culminated in- the publication in 1579 of The Shepheardes Calender. That Sidney allowed it to be dedicated to him showed his interest. And in The Defence of Poesie, probably written in 1580, Sidney commended the poetry of the eclogues but as a modernist disapproved of the archaic element in Spenser’ s diction. The book was well received and went through five editions in Spenser’s lifetime. But personal difficulties followed.

Details are uncertain, but somehow Spenser seems to have lost the favor of Leicester. In June 1580 he sailed for Dublin as secretary to Arthur, Lord Grey of Wilton, newly appointed lord deputy, the royal representative in the government of Ireland. This was the first of the violent contrasts that mark Spenser’s life. He was now a busy minor official in an insecure service in a chronically disturbed region. Grey returned to England in a couple of years, but Spencer had nothing to return to. He had picked up a series of jobs-clerk of faculties in the Chancery Court (1581-1582), commissioner of musters for Kildare (1583), and finally deputy for his friend Lodowick (or Lewis) Bryskett, clerk to the Council of Munster (about 1584) These brought chance rewards-leases of the Abbey of Enniscorthy, a house in Dublin, and New Abbey in Kildare, none of which he kept long. And at last, by purchase or exchange, he acquired the lordship of Kilcolman, an estate dangerously but conveniently placed between Cork and Limerick, the administrative centers of Munster.

Publication of The Faerie Queene:

Nothing could keep Spenser from writing poetry, but it had to be done in the time he could spare from official duties. Nothing was ready for publication, especially as his self-imposed task was in the greatest of all poetic forms, a romantic epic he had embarked upon while still at Leicester House. In 1589, however, chance brought to Kilcolman an early acquaintance, Walter Raleigh, now Sir Walter and a rising man, though temporarily out of favor. The story is told in the subsequently written Colin Clouts Come Home Again, published in 1595 but dedicated to Raleigh on Dec. 27, 1591. Ra!eigh heard Spenser read parts of his poem, insisted that he should publish what he had completed, and bore him to London. Although only the first quarter of the magnum opus was ready, the plan of the whole could be explained. In a “Letter of the Authors” addressed to Sir Walter Raleigh and appended the first three books of The Faerie Queene (1590), Spenser explained the framework and main purpose of his epic.

Initial Success and Return to Ireland:

Success brought Spenser back into prominence. Queen Elizabeth I accepted the dedication and ordered a pension of 50 sterling to the author. In Colin Clouts Come Home Again, Spenser records his meetings with poets, scholars, scientists, great ladies. His publisher, William Ponsonby, exploited the success by issuing the volume called Complaints, containing some old and some new poems, with some revisions and cobbling. But there was no employment for Spenser in England, and he had to return to Ireland, with some relief but with some loss. There were intelligent men in the Irish services. Bryskett (in his Discourse of Civil Life, published in 1606 but referring to about 1582) gives a picture-imaginative, no doubt, since it was a conventional formula-of a discussion group in which Spenser voiced the current version of Platonism. The poet had not quite been out of touch, since The Faerie Queene is quoted in Abraham Fraunce’s Arcadian Rhetorike in 1588 and Christopher Marlowe adapted a scrap in Tamburlaine the Great about 1587. Spenser also must have had a copy of Torquato Tasso’s Gerusalemme liberata quite soon after its publication in 1581, but he was missing the same of the new artistic developments in London. it was during his first 10 years in Ireland that the new drama and the new flowering of literature really began.

Spenser had personal consolation in the marriage celebrated in Epithalamion, published in 1595 with the love sonnets called Amoretti. This marriage to Elizabeth Boyle in 1594 not have been his first, nor did Amoretti record his first love. His unhappy love of an unidentifiable “Rosalinde” had been a theme of the Shepheardes Calender, and the correspondence with Harvey had included messages to and from a sweetheart, a second little Rosalinde. There may have been others, though the interpretation of lines 64-67 of Daphnaida (1591) to mean that Spenser was then mourning the recent death of a wife makes nonsense of the poem.

Spenser was obliged, however, to return once more to his uneasy place in Munster, to meet, in a couple of years, with final disaster. At that time Hugh O’Neill, 2d Earl of Tyrone, after many years of fast and loose politics, opened in 1598 the campaign that he hoped would make him king of Ireland. He swept from north to south, destroying the English settLements. In that campaign Kilcolman was burned and in it, according to Ben Jonson’s gossip to William Drummond of Hawthornden, one of Spenser’s children. Spenser was sent to England to report on the situation, and although the privy council meant to send him back as sheriff, a higher post than he had ever held, he died in King Street Westminster, on Jan. 16, 1599, and was buried in Westminster Abbey with due poetic honors.