When is the Dragon Boat Festival 2020

The date of the Dragon Boat Festival is based on the lunar calendar, therefore the date varies from year to year on the Gregorian calendar. 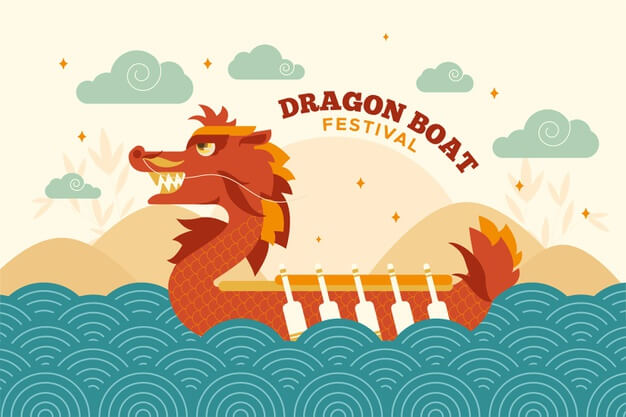 What is the China Dragon Boat Festival?

It is a traditional festival full of traditions and superstitions, perhaps originated in the worship of the dragon; an event on the sports calendar; and a day of remembrance / worship for Qu Yuan, Wu Zixu, and Cao E.

Why is Dragon Boat Racing celebrated for the day?

Dragon boat racing is said to originate from the legend of people rowing boats to search for the body of the patriotic poet Qu Yuan (343–278 BC), who drowned in a river.

Dragon Boat Racing is the most important activity during the Dragon Boat Festival. Wooden boats are shaped and decorated in the shape of a Chinese dragon. The size of the boat varies by region. In general, it is about 20–35 meters long and needs 30–60 people to row.

During the races, the dragon boat teams row harmoniously and hastily, accompanied by the sound of drums. The winning team is said to have good luck and a happy life in the following year. 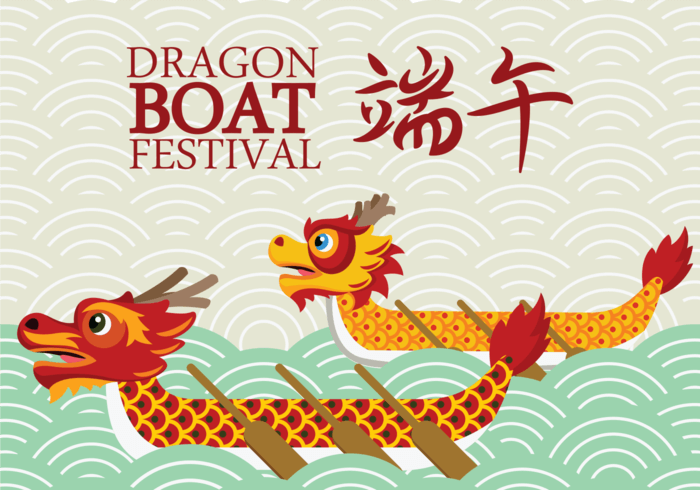 Where to see Dragon Boat Racing

Dragon Boat Racing has become an important competitive sport. Many places in China hold dragon boat races during the festival. Here we recommend the four most ceremonial places.

How the Chinese celebrate the festival

The Duanwu Festival (Dragon Boat Festival) is a popular festival that has been held for more than 2,000 years, when the Chinese practice various customs that are believed to dispel disease and invoke good health.

Now many of the customs are disappearing, or are no longer observed. You are more likely to find them practiced in rural areas.

Zongzi (粽子 zòngzi / dzong-dzuh /) is the most traditional food of the Dragon Boat Festival. It is related to the Qu Yuan commemoration, as legend has it that they threw pieces of rice into the river to prevent the fish from eating his drowned body.

They are a kind of sticky rice dumpling made from glutinous rice filled with meats, beans, and other fillings.

Zongzi is wrapped in a triangle or rectangle in bamboo or cane leaves, and tied with soaked stems or colored silk cords.

Zongzi flavors are often different from region to region in China.

There is an old saying: “Drinking real wine keeps sickness and disease away!” Realgar wine is a Chinese alcoholic beverage consisting of fermented cereals and realgar powder.

In ancient times, people believed that realgar was an antidote to all poisons, and effective in killing insects and chasing away evil spirits. Then everyone would have a realgar wine during the Duanwu Festival.

They sew sachets with colored silk cloths, fill them with perfumes or herbal medicines, and then thread them with silk threads.

During the Dragon Boat Festival, perfume bags are hung around children’s neck or tied to the front of a garment as an ornament. Perfume bags are said to protect them from evil. 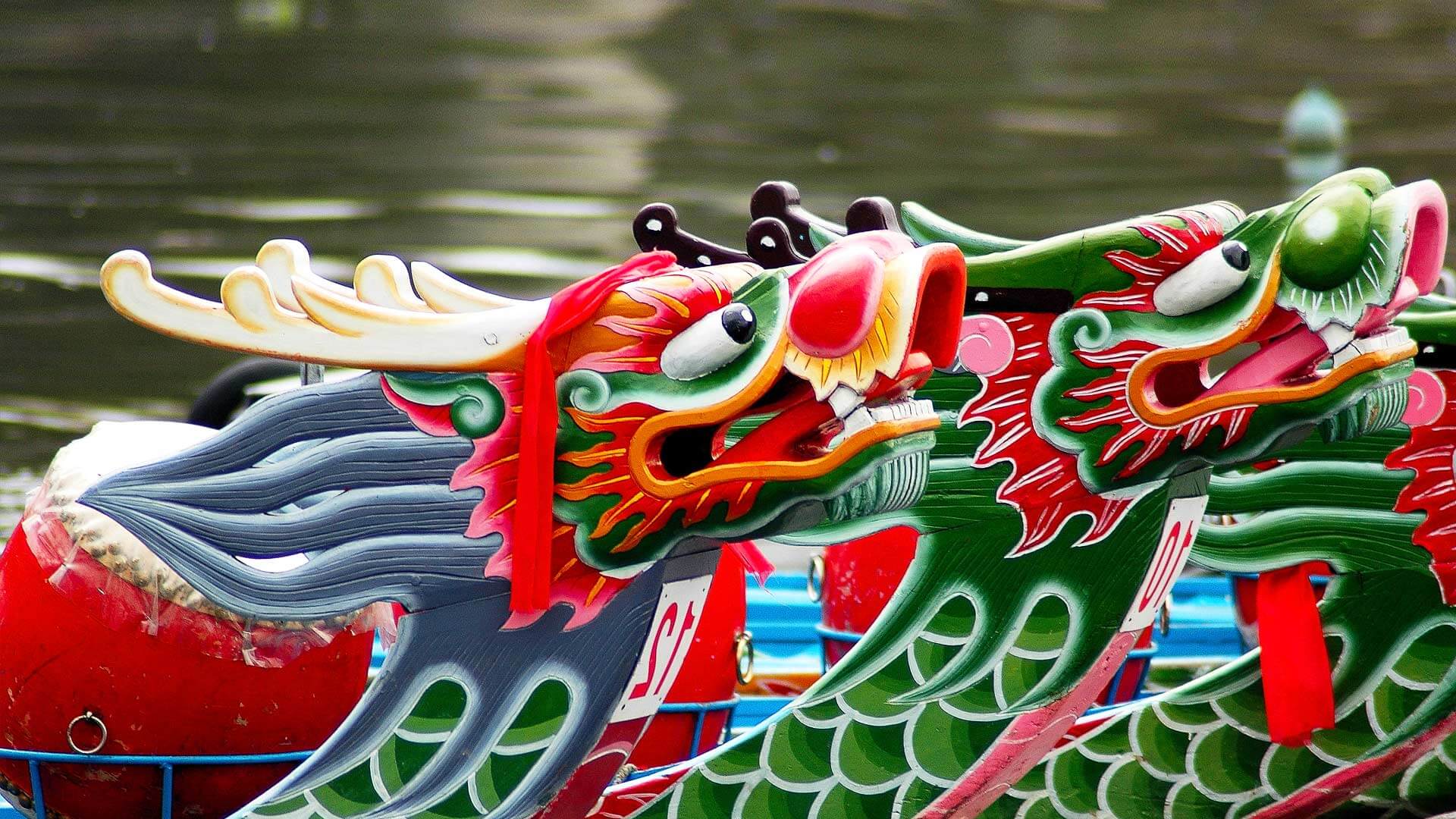 The Dragon Boat Festival is held in early summer, when illness is most prevalent. Mugwort leaves are used for medicinal purposes in China.

Its fragrance is very pleasant, deterring flies and mosquitoes. Calamus an aquatic plant that has similar effects.

How did the Dragon Boat Festival start?

There are many legends about the origin of the Dragon Boat Festival. The most popular is in commemoration of Qu Yuan.

Qu Yuan (340–278 BC) was a patriotic poet and exiled official during the Warring States Period of ancient China.

He drowned in the Miluo River on the fifth day of the fifth Chinese lunar month, when his beloved Chu State fell in Qin State.

The local population desperately tried to save Qu Yuan or retrieve his body, but to no available.

To commemorate Qu Yuan, every fifth day of the fifth lunar month, people beat the drums and row boats on the river as they once did to keep fish and evil spirits away from his body.