Domenico Cimarosa; (1749-1801), Italian composer, who excelled in opera buffa, or comic opera. His comic operas are remarkable for their wit, charm, and melodic richness. Cimarosa is especially noted for his superb handling of vocal parts, particularly ensembles. His most popular and best-known work is his comic opera II matrimonio segreto.

Cimarosa was born in Aversa, near Naples, on Dec. 17, 1749. He displayed his musical gifts at an early age, and in 1761 won a scholarship to the Conservatory of Santa Maria di Loreto in Naples. There he studied violin, piano, clavichord, and voice for the next 11 years under Antonio Sacchini and other distinguished teachers. After graduation in 1772, Cimarosa produced, in Naples, his first operatic work, Le stravaganze del conte. Although this comic opera met with only moderate success, his next opera, La finta parigina, produced in 1773, also in Naples, was well received and established him as a popular favorite in Italy. Six years later, with the production in Rome of his opera L’ltaliana in Londra, he achieved international renown.

Until 1781, Cimarosa divided his time between Naples and Rome, composing operas specifically for each city, as was the custom of the day. As a masterstroke he presented, in 1781, two operas in Naples, one in Rome, and two in Turin. Soon he became one of the most sought-after composers of his time, and his works, translated into many languages, were performed in London, Dresden, Vienna, Paris, Warsaw, and other leading, cities. 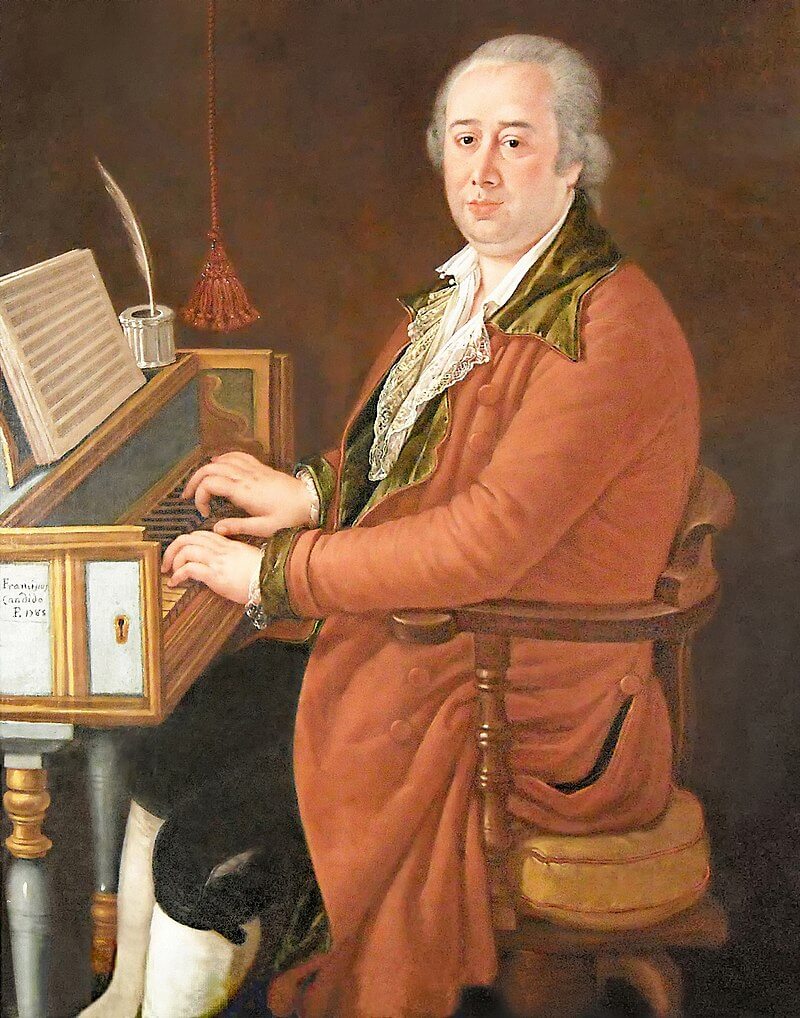 In 1787, Cimarosa was invited to St. Petersburg by Catherine the Great to succeed the Italian composer Giovanni Paisiello as her court composer. During his four years there he is said to have composed some 500 musical pieces, including three operas. However, Catherine was displeased with Cimarosa’s choral works, and he left Russia in 1791.

On his way back to Italy, Cimarosa stopped in Vienna, where Emperor Leopold II appointed him imperial chapelmaster. It was in Vienna in 1792 that he produced his masterpiece, II matrimonio segreto. The opera’s charming libretto was written by Giovanni Bertati, who took his inspiration from the play The Clandestine Marriage (1766) by the English dramatists George Colman and David Garrick. II matrimonio segreto was an instant success, overshadowing the works of all Cimarosa’s contemporaries, including Mozart.

After the Emperor’s death in 1793, Cimarosa returned to Italy, where he continued to compose and to enjoy great success. His fortunes turned, however, in 1799 when he was imprisoned and condemned for openly supporting a short-lived liberal revolution in Naples. A pardon was secured at public insistence, and he went to live in Venice, where he died on Jan. 11, 1801. A rumor that Cimarosa had been poisoned because of his revolutionary views aroused general concern, but the Pope’s physician, sent to examine the body, swore that Cimarosa had died of natural causes.

Cimarosa was an incredibly prolific composer, producing almost 80 operas, both comic and serious. Among his most important operas, in addition to II matrimonio segreto, are La ballerina amante, L’impresario in angustie, Le vergine del sole, and Gli Orazi e Curiazi. Cimarosa also composed masses, oratorios, cantatas, and symphonies. A cantata, the lively Maestro di Cappella, an amusing parody of 18th century style, had a revival as late as the 1950’s.