What is DNA? What is the structure of DNA? Information on DNA structure, replication, mutation and functions.

DNA; deoxyribonucleic acid, is the genetic substance of all living cells and many viruses. The hereditary information transmitted from each generation to the next is encoded in the structures of the DNA molecules. These molecules are very long, essentially one-dimensional chains, composed of four types of subunits; the genetic information is conveyed in the sequence of the subunits.

DNA was first discovered by the German biochemist Friedrich Miescher in 1869. However, it was not until 1953 that the actual structure of the DNA molecules was finally determined. This was done in great part by the combined efforts of the American biochemist James D. Watson, the British molecular biologist Francis Crick, and the British biophysicist Maurice Wilkins. 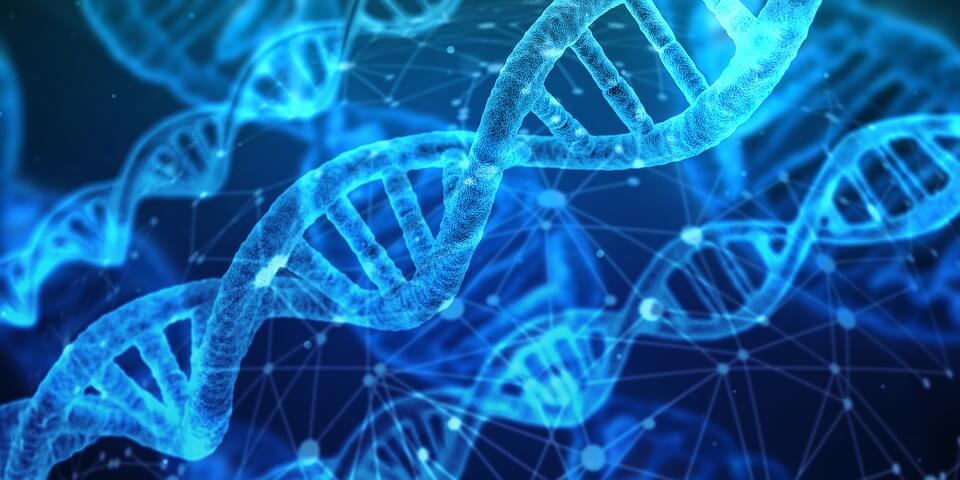 DNA molecules are most often found as double polynucleotide chains, intertwined to form a double helix. The nucleotides in the two chains of typical DNA are matched in such a way that adenine in one chain is always paired with thymine in the other, while guanine in one chain is always paired with cytosine in the other. Thus the two chains bear a precisely complementary relationship to each other, and the nucleotide sequence of either chain directly specifies the sequence of the other chain. In some viruses, however, DNA is present in a single-stranded form.

A virus particle contains only one DNA molecule, which ranges in length from 5,000 to over 200,000 subunits, depending on the virus. The number of molecules of DNA in the cell of a higher organism is unknown; the total length of DNA in a human cell would include 5 billion subunits. Over 99% of this DNA is found in the chromosomes in the cell nucleus. A small but distinct fraction is found in the mitochondria, and in plant cells DNA is also found in the chloroplasts. 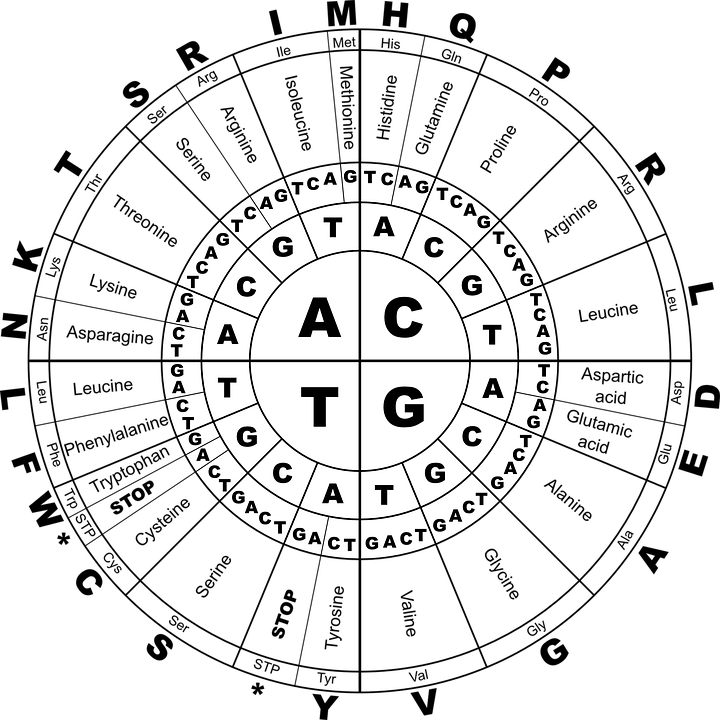 As DNA molecules contain the hereditary instructions, a copy of each must be transmitted to each daughter cell at cell division. Replication of the DNA molecule is accomplished prior to division by a progressive separation of the two strands of the double helix, followed by the enzymatically catalyzed synthesis, from sub-units, of complementary strands about each separated strand. The single strands act as a template during this process. The over-all result is the formation of two double helices, each identical to the original.

A partial replication can be used for repair of DNA. Maintenance of the fidelity of the hereditary instructions is of paramount importance to the cell and its progeny. If the damage is restricted to one strand of the double helix, it can be repaired in a two-stage process in which the damaeed section is first removed by an enzyme and then replaced by resynthesis on the corresponding section of the undamaged complementary strand. Mechanisms for siuch repair are present in many types of cells.

In some viruses, DNA is present in a single-stranded form. During the replication a complementary double-stranded intermediate is formed, which replicates in the normal manner. A final stage of asymmetric replication provides the single strands for the progeny particles.

Occasional mistakes occur in DNA replication as a consequence of radiation effects, thermal modifications of structure, or the presence in the cell of certain chemical substances. These result in a change in the nucleotide pattern and thereby in a genetic mutation. In the course of evolution increments of DNA content, accompanied by mutational changes in the DNA, have provided the hereditary variations from which new species could arise.

A major portion of hereditary instructions of DNA is the set of specifications for the sequences of the amino acids of polypeptide chains. The polypeptides make up the protein molecules, which comprise the structural elements and catalytic agents (enzymes) of the cell. Each polypeptide chain is specified by a sequence of nucleotides in a DNA molecule. The nucleotides, taken consecutively in groups of three, specify through a code common to all forms of life the corresponding amino acid sequence. An elaborate machinery exists within the cell to synthesize protein according to the DNA instructions and to exert a variety of specific controls upon this process. This machinery involves RNA, ribonucleic acid, which is synthesized on the DNA template.

Another portion of the total DNA blueprint is directly related to the process of control and specification of the initiation and termination points of message sequences for particular proteins. Although all cells of a higher organism contain the complete DNA complement, in any specialized cell only a small percentage of the messages are employed at any time. It is believed that means exist within the cell for the recognition of segments of DNA that in turn act as on-off switches of the function of the adjacent DNA tracts; controls are exerted through complex interactions of cellular components with such “operator” segments.