Who is Diego Galan? Information about the life and career of the famous Spanish director.

He studied at the Marianistas and at 19 he settled in Madrid. After working as an administrative and accountant in several companies and as an actor in some theater companies, his passion for cinema led him to direct the Cinema Club JAASA (Youth of Former Students of the San Antón School), of Madrid, between 1966 and 1968 , after which he served as a member of the board of the National Federation of Film Clubs. Simultaneously began writing film criticism in the magazine Nuestro Cine, which was incorporated in 1967 along with a group of critics (Manuel Pérez Estremera, Miguel Marías, Francisco Llinás, Vicente Molina Foix and José Luis Guarner, among others) that made it possible , under the impulse of Ángel Fernández Santos, a striking revision of the most dogmatic critical postulates maintained by the magazine during the previous stages. He collaborated with this publication until, in 1971, he disappeared definitively, but since the previous year he shared with Fernando Lara the ownership of the critique in the weekly Triunfo, thus becoming one of the most prestigious platforms for reflection on the cinematographic culture of the country. .

His activity extended, during those same years, to the professional field, where he worked as assistant director in some TVE programs made by Pedro Olea (10 Basque melodies, 1971, Tan lejos, tan cerca, 1972) and Josefina Molina (Dürer, the search for identity, 1974), in the series Tele Club and Los painters of the Prado, and in the feature films for cinema Four deserters (Pascual Cervera, 1970) and The vampire of the highway (José Luis Madrid, 1970). During the seventies he also entered the realm of performing with four short films he wrote and directed solo: Apunte sobre Ana (1972, with Ángel Fernández Santos’s montage), El mundo en tres días (1972, produced by José Luis) Borau), Your friend Marilyn (1976, with music by Carmelo Bernaola) and Una tarde con Dorita Amor (1978, starring Amparo Soler Leal). 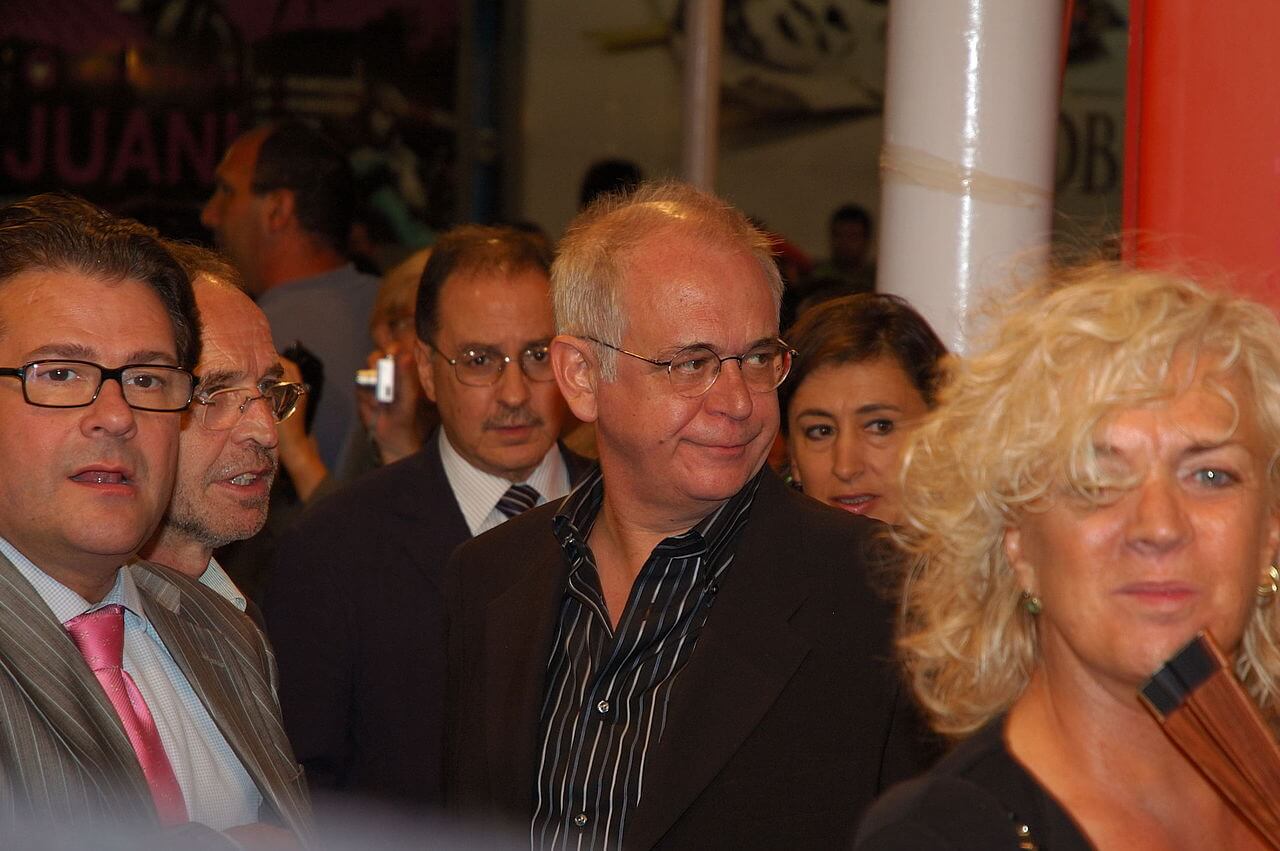 The balance of these works was not particularly satisfactory (“The fourth short I decided that it was not for me …”), so he decided that “being critical could be an interesting, fun and sufficient work”. His prestige as a critic and as a historian led him to write and make the series of TVE Memories of Spanish Cinema (1977, 15 chapters), for which later – on the occasion of the series’ replacement in 1981 – he made three new installments that were prohibited by censorship and that remain unpublished.

His work in the pages of Triunfo ended with the closure of the publication in 1981, but the previous year he became the critic of the newspaper El País, a work he did between 1980 and 1985, and which he left when he was appointed, that same year, advisor to the International Film Festival of San Sebastian, contest from which he went on to become director from the next edition (1986). With his access to the address, the ‘A’ category was recovered for the festival, which FIAPFF (International Federation of Cinematographic Producers’ Associations) had withdrawn for the previous five years. He began his long and fruitful love story with the Donostia-San Sebastian festival, which was interrupted when he resigned at the end of the 1989 edition, but which resumed when he returned to the organization in 1993 and 1994 as General Counsel of the new director, Manuel Pérez Estremera, before returning to the direction in 1995.

During six more editions, which allowed to consolidate the programming scheme, the selection team, the adhesion of the public, the prestige in front of the national critic and the international projection of the festival, it remained at the front of the contest until he resigned, already definitively, at the end of the 2000 edition, although he did not leave the festival. The replacement took it then, since 2001, Mikel Olaciregui, but Diego Galán remained linked to the contest as an active member of its Steering Committee. The story of his experience at the front of the festival was narrated by him in Jack Lemmon never dined here (2001), book of essential consultation to know the details and the back of the contest over thirteen years. This work is complemented by the volume 50 years of filming (2002), a luxurious graphic inventory of the history of the festival commented on by its own texts.

In between, and back to his duties as a specialist and scholar of Spanish cinema, he made for TVE the series Dear comedians (23 episodes issued in 1992), with many other illustrated biographies of actors and actresses. The realization of documentaries in the audiovisual field led him to share with the director Carlos Rodríguez a program for TCM (Live the festival of San Sebastian, 2004) and to direct alone that year a new chapter, entitled Epilogue, which was added to the film collective Hay motivo (2004) composed of a total of 32 small pieces made by so many filmmakers. He directed and also presented two series of interviews with figures of cinema and culture: Otros miradas (1993, for the company Com4) and Carta blanca (2001-2002) for the television channel Cine Classics.

In 2005 he directed a feature film in digital video: the documentary Pablo G. del Amo, an editor of illusions, which was presented in the Zabaltegi section of the San Sebastian Festival and which was later released on the big screen. In 2010 he made, in collaboration with Carlos Rodríguez, the series “A History of the Zinemaldia”, of 15 chapters, in which the history of the San Senastián film festival was narrated. Later, the special “Who was Pilar Miró?”, And in 2012 the feature-length documentary “Con la pata quebrada”, which was officially selected at the 2013 Cannes Film Festival. Candidate for the Goya Awards, was later awarded the prize for the best Ibero-American documentary in the first edition of the Platinum awards held in Panama. His last work was a special for TVE, “Elio Berhanyer, master of design”. In 2016 he made the long documentary “Manda huevos”, presented outside the competition in the Official Section of the San Sebastian festival.

He was a juror at the international festivals of Berlin, Mannheim, Huesca and Cannes (of the Golden Chamber Award), he participated in numerous collective publications, such as seven basic works on Spanish cinema (1974), Spanish cinema, cinema of subgenres (1975) , A filmmaker called Pedro Olea (1993) or the Dictionary of Spanish Cinema (1998), directed by José Luis Borau, and wrote several books, among which stand out, in addition to the ones already mentioned about the San Sebastian festival, titles like 18 Spaniards of postwar (1973, with Fernando Lara), Ventures and misadventures of the cousin Angélica (1974), Emiliano Piedra, a producer (1990), Ten words on Berlanga (1990), 15 messages to Fernando Rey (1992), La buena memory of Haro Tecglen and Fernando Fernán Gómez (1997) and “Pilar Miró, nobody taught me how to live” (2006). After his resignation as director of the San Sebastian Festival he returned as a contributor to the pages of El País, where he wrote weekly the fixed section of the Hidden Camera.