The kilo is a measure identified by the International System of Units (SIU), as indicated for the determination of weight in a solid material, as well as man and animals, if the kilo is the conjugation of one thousand milligrams of According to this the word “kilo” is a synonym of “kilogram” abbreviating itself with the acronym “Kg”. The kilogram is equivalent to the total weight of a metallic cylinder made of platinum and iridium, this historical artifact is protected in the city of Paris (France) specifically in the international office of weights and measures, this being the only unit of measurement that it is based on an object and not on the chemical or physical properties of each element studied. 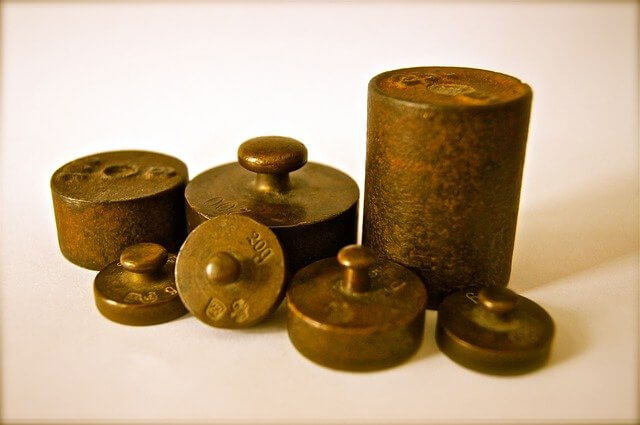 Long before the kilogram of any solid object was defined based on the value obtained in an object, a kilogram was considered equivalent to the weight generated by distilled water when compressed and condensed to a value of 3.99 ° C, according to because these procedures were difficult to perform when calibrating a weight measuring device in a material, the most reliable and simple way was chosen, which was the metal cylinder described above.

However the kilogram not only establishes equality with the grams, depending on the scale the kilo will be equivalent in a different way, example: milligrams, although it is a unit smaller than the gram can be appreciated, that a weight with a value of 1,000,000 milligrams are synonymous with 1 kilogram, another example would be the hectograms where it is related that every 10 hectograms corresponds to a kilo and so on, the smaller the unit the more quantity is needed to weigh the same as one kilogram, now Well if you have a mass with a weight of 1000 kilogram, it will be called a ton.

The most common way to identify how many kilograms a mass possesses is through the use of a weight, then the device is considered as a weight with the ability to indicate the force of gravity exerted by an object on a surface, identifying it with the name of “scales” if the weight has been made with a flush tray where it will hold the elements to be measured, or Roman when it has a hook where the object to be weighed will be hung.